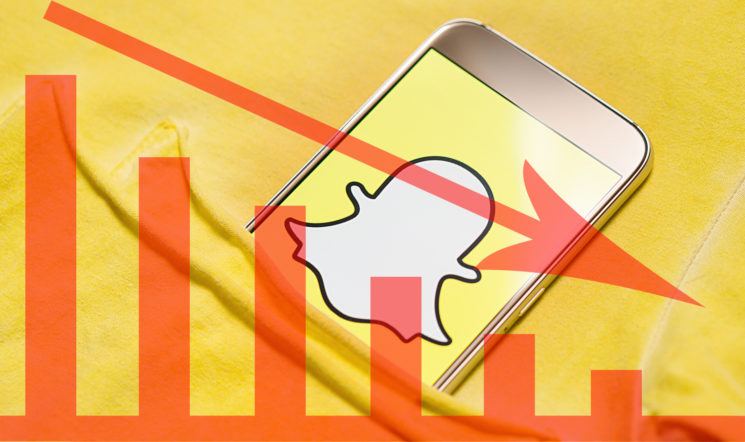 On Wednesday, May 10, 2017, Snapchat issued their first quarterly report and the numbers are quite a negative surprise. According to the Wall Street Journal, they have reported the net loss of $2.2 billion, and compared to $104.6 million last year, it’s an enormous difference. The platform finds it hard to challenge other social networks in terms of users and ad revenue, and so their loss has severely exceeded their earnings.

Since Snapchat first appeared, it became a hit among the young population. Since then, other social networks decided to implement (or should I say copy) their features. Therefore, now you have temporary “stories” on Instagram and Facebook, which used to be unique for Snapchat. I believe that, because of this, the audience switches more to other social networks and gradually loses interest for Snapchat. And as WSJ reports, a survey conducted by Goodwater Capital confirms this: “25% of respondents said they prefer Stories on one of Facebook’s platforms, compared with the 12% of users who said they prefer Snapchat’s Stories.”

Since Snapchat mainly relies on revenue from ads, they need high engagement on their platform, and it seems to keep on decreasing. According to WSJ, Snap’s efforts to boost advertising deepened its operating loss even further. While the revenue in the first quarter of 2017 nearly quadrupled from a year earlier, it still remains lower than the fourth quarter revenue of $165.7 million.

Now Snapchat is struggling to keep up with competitive networks such as Twitter, Facebook and Instagram. So, they’re trying to attract users with new features and gadgets like Snapchat Spectacles. But it seems they’re not seriously improving the experience for the users, while at the same time Facebook and other social networks are taking over their primary features. And doing this, it seems they’re taking over the users as well.

« Q+A with Bloomberg’s Photo Editor: Why Diversity of Photographer Voices is a Must
How photographing background plates can help you in your work »