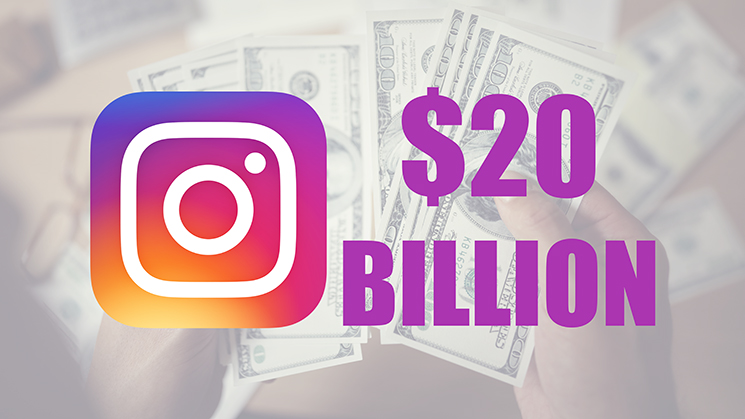 Facebook’s acquisition of Instagram in 2012 proves to be a good decision even seven years later. According to a recent report, Instagram earned around $20 million in 2019 from ads only. In other words, that’s more than a quarter of Facebook’s overall 2019 revenue.

Facebook owns several apps, including its Messenger, as well as extremely popular Instagram and WhatsApp. However, the company doesn’t disclose revenue for each of them separately in its earnings reports. Still, some sources close to Bloomberg claim that Instagram only brought in about $20 billion of ad revenue. Bloomberg compares this figure with YouTube’s ad revenue, which was $15.1 in 2019. According to the same source, Facebook has declined to comment on these reports.

Instagram hit the number of one billion users in 2018 and it seems to be growing in popularity as time goes by. Despite being obnoxious in many aspects, this social network isn’t showing the intention to die any time soon. Considering its growing popularity, businesses have seen the opportunity to promote their products to millions and millions of people. Think of your Instagram feed: every other post in the Feed and every other Story is an ad, right? So, I guess it’s not so difficult to imagine that the app has earned this whopping amount of money from ads only.

Is this the end of Snapchat? First quarterly report shows $2.4 billion loss

Instagram now puts ads even on your Explore page