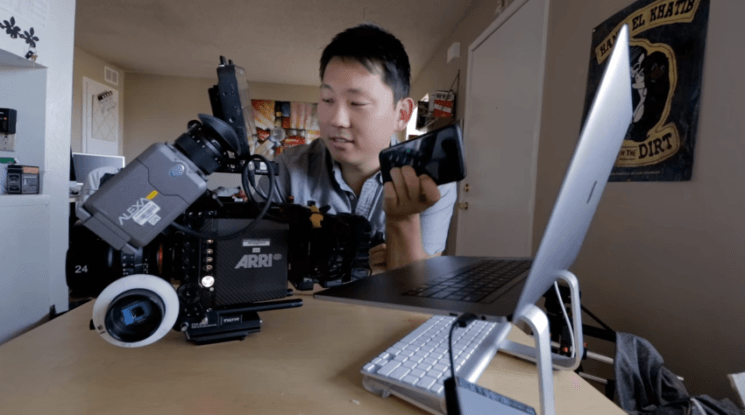 A couple of months ago, we’ve seen how iPhone 7 Plus stands against the $50K Red Weapon. It performs pretty well in bright conditions, considering that’s it’s just a smartphone and Red Weapon is a powerful professional camera. But now, Potato Jet makes a new comparison. This time he compares the iPhone 7 Plus to Arri Alexa Mini, and shoots in various lighting conditions, not just in the bright sunlight. So, how bad is the iPhone compared to $82,000 Arri Alexa?

For this test, the iPhone was mounted on top of the Alexa.  Since the phone performs best when it’s zoomed out in the bright environment, it was left this way. For the Alexa, there was a 24mm prime lens to match the frame.

The first test took place at the beach, in bright sunlight. Here are some screenshots of the comparison: 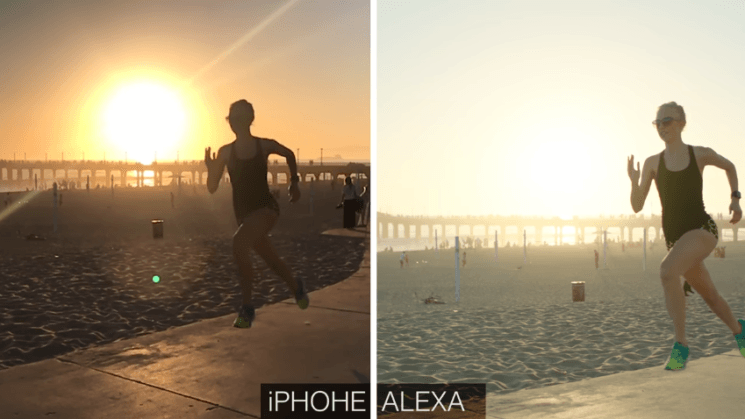 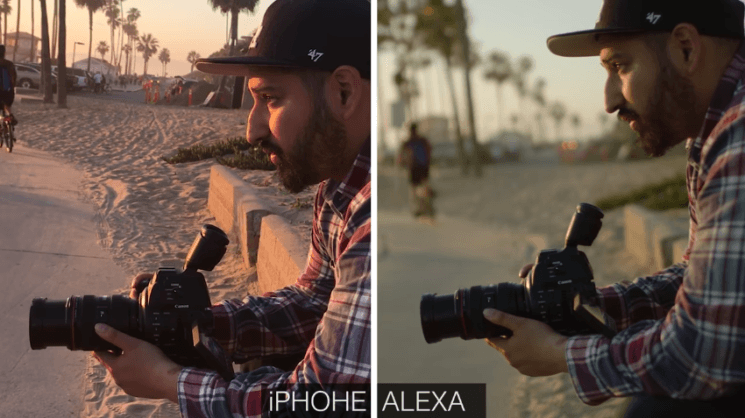 As you can see, Alexa outperforms iPhone, which I’m sure isn’t a big surprise. But still, the video quality on the iPhone is pretty neat for a phone camera, and it can still make decent videos as long as it’s in good light.

The second part of the test was in a music studio. First, there was some decent light in the studio, but of course – not as bright as the beach. Both Alexa’s and iPhone’s color settings were set to default, and even in the good indoor light, you can already see the difference: 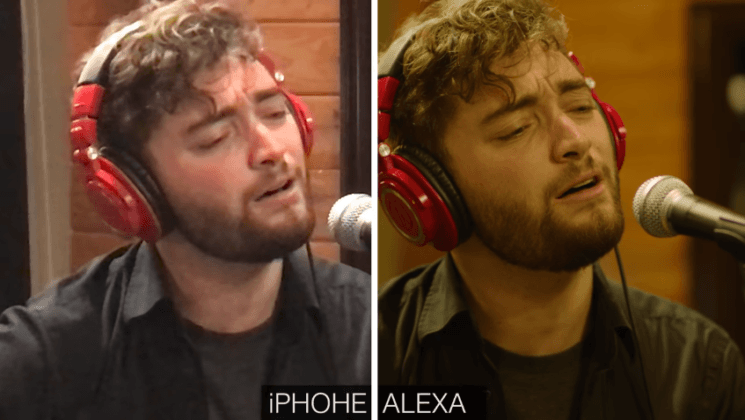 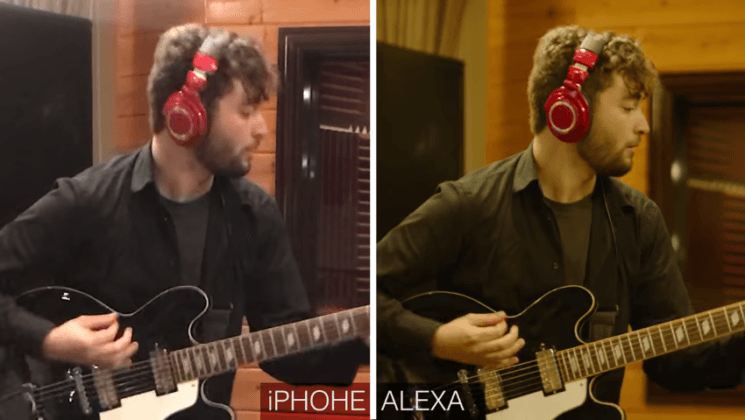 And in low-light, iPhone’s video gets really grainy, while Alexa keeps it sharp and preserves details: 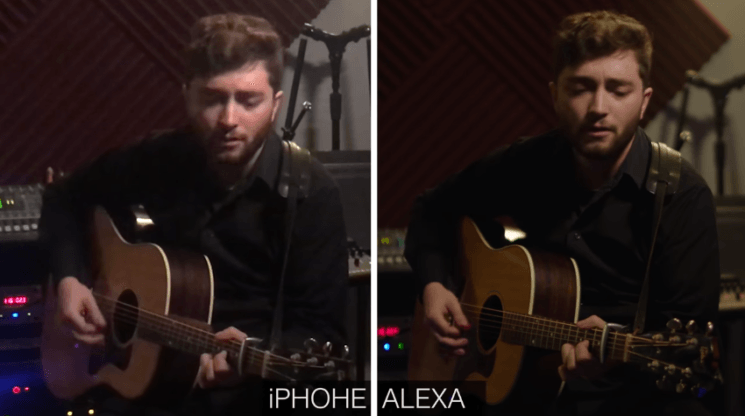 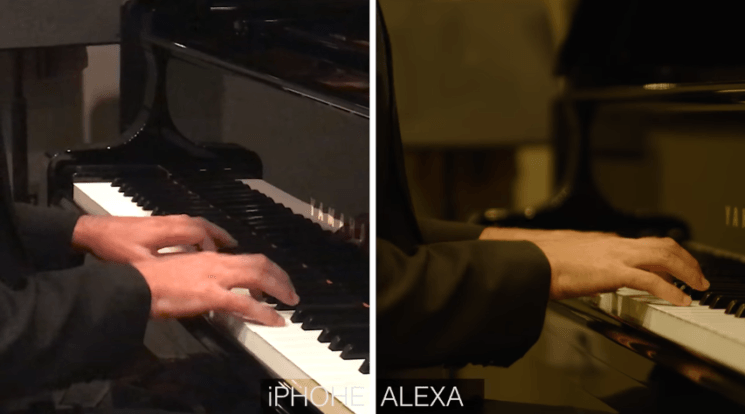 The last part of the test was performed in a studio with photographer Gina Canavan and the singer of Gothic Tropic. The iPhone was set to 4K and Alexa to HD.

The photo shoot involved some colored lights, so in this comparison, you can see that the iPhone has an obvious color limitation. Alexa sees a lot more shades of color, which makes everything look more natural. Also, there’s much greater sharpness and detail with Alexa 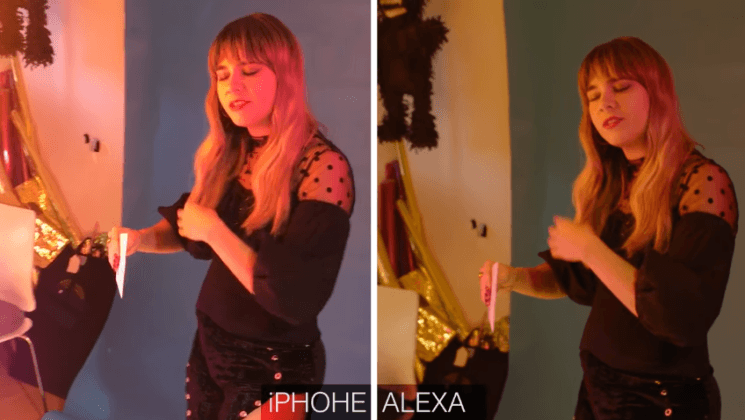 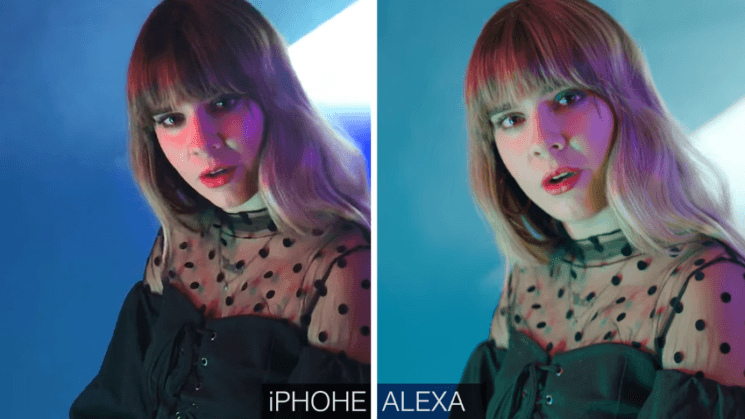 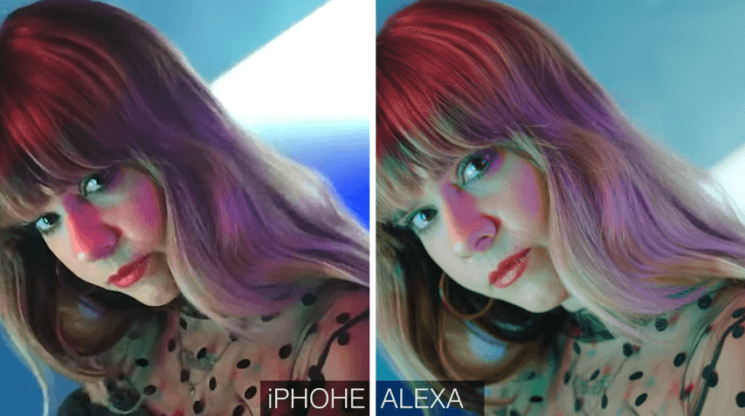 Although there are definitely plenty of obvious reasons to choose Alexa over iPhone, there are certain negative sides to it. First of all – well, the price. You do get what you pay for, but not everyone is able to pay it. Then, Potato Jet points out that it’s very time-consuming to set it up, as you have to disassemble it for transport, and then reassemble it when you arrive at the set. As for the iPhone, it’s always there and ready to shoot. Another negative side is that it’s really heavy, unlike iPhone (or any other smartphone for that matter).

Potato Jet points out a common question about renting/buying pro gear: why would you do it if even phones shoot 4K? Well, there are some features equally important as resolution such as codec/data rate, dynamic range, low light performance, optics, sensor type and so on. He states that 4K is overrated, and he’d rather have excellent HD than decent 4K. Still, if you have to shoot with a phone, it’s definitely better if you have 4K as an option, not only because of the quality but also because it gives you more freedom for stabilizing the footage in post.

To conclude, Alexa definitely outperforms iPhone, especially in low-light conditions. I know, it’s what we could have all expected. But still, Alexa and the accompanying gear cost a lot, and not everyone is able to afford them. So if you’re a hobbyist filmmaker on a tight budget – you can still use your iPhone and try and get the best out of it.