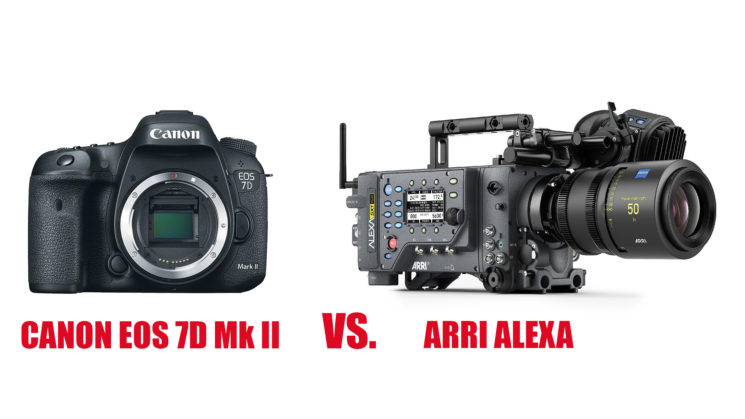 From time to time, people compare professional video cameras with DSLRs or even smartphones. This is usually done to let you know that gear doesn’t matter as long as you have a good idea and skills. And this is cool. But when a Redditor Gidremuze316  asked the /r/videography crew to help him choose between a Canon 7D Mark II and an Arri Alexa, it led to an epic series of trolling comments.

“Hey guys getting into video, should I get the Canon 7D markii or an Arri Alexa?” Gidremuze316 wrote. One might even think that he is serious, but the comment below kinda gave him away. “I’m looking for something with the best low light thanks,” he added. While he’s probably trolling, the Redditors in the comments on this post are trolling even more. The replies are hilarious, and here are some that made me laugh most:

CinemaSpence: “Probably should look into NASA Zeiss set to for the bokeh”

>kaidumo: “Either that or the Canon nifty fifty.”

wajikay:  “Whatever you do make sure you edit in Windows Movie Maker and use C I N E M A T I C lute and overlays.”

gametavern: “If you get an iPhone, it’s a good B cam to a Monstro”

>dadfrombrad: “Monstro is a good B cam to an iPhone*”

ntranbarger: “I was feeling torn between a used Honda Civic and a new Boeing jet…”

kaidumo: “Canon. Nothing tops Canon colour science, not even Arri.”

doubleunidan: “For the best low light I recommend a standard webcam, preferably 720p for the highest HD possible”

kotokun: “Don’t forget the gimbal. I personally use some cotton strings. People say wool holds more, but the smell is unbearable.”

These are only some of the replies that made me laugh out loud, but make sure to read the rest here. I rarely read comments and threads online, but this one has really made my day. How would you answer this question? A Canon 7D Mk II or an ARRI Alexa? : )

« Kodak’s terms screw over 4,000 photographers by stripping them of copyright to their own work
Ricoh’s new Theta Z1 360° camera shoots 23MP DNG raw and can automatically erase you from the shot »