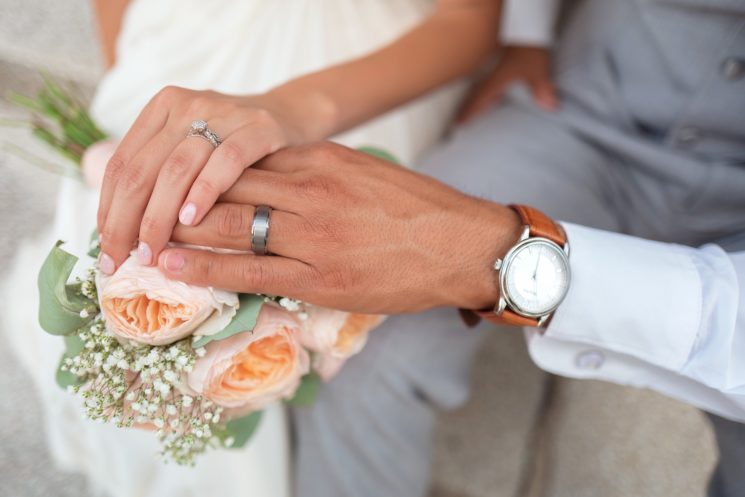 A few couples from Central Florida are accusing an award-winning photographer of not delivering what they paid for. The couples found him through TheKnot.com, a popular website for wedding planning, where he received three “Best of Wedding” awards. However, despite the website’s recommendations, the photographer reportedly left the couples without their precious memories.

Katie Keith is one of the brides who claim to have paid almost $3,000 to Nick Seago, the owner of SNi Photography. She told Click Orlando that the package included “unlimited images, a highlight video and a ‘long play’ video that captured their vows and speeches.” However, she says that she and her husband didn’t receive any of it. The only videos they have are from their friends’ smartphones, and a photo hanging on her living room wall was taken by her father’s iPhone.

“The contract does state that you will receive your material between six to eight weeks after the wedding,” Keith said. However, it has been 10 months since the wedding, and she says that she still hasn’t had the video delivered. The photographer first made excuses that he was out of town or out of county, according to Keith. But recently, she says that he has simply stopped answering her and her husband’s calls.

Chris and Samantha Dendor also signed a contract with SNi Photography. According to Click Orlando, they did receive some photos, but no video of the big day. The same source writes that Wendy Seale sued SNi Photography for the same reason: not delivering a wedding video. She was reportedly granted a judgment for more than $3,000, which she said Seago had never paid.

When you check out the Better Business Bureau’s website, you can see that SNi Photography has an “F” rating. The website says that it has been in business for four years, and it’s not BBB accredited. There are also four complaints at the time of writing this, all accusing the photographer of not delivering wedding photos and/or videos.

Still, according to Click Orlando, both Keith and Dendor found SNi Photography on TheKnot.com, which is a popular and reliable website. As I mentioned, this business received awards from The Knot in 2016, 2017 and 2018. There are also plenty of positive reviews. However, there are a few one-star reviews accusing Seago of, you guess, not delivering the video and photos.

Better Business Bureau’s CEO Holly Salmons told Click Orlando that SNi Photography has been unresponsive at this point. “Just because a company was well-awarded and well-applauded in years past, doesn’t necessarily indicate what today’s business looks like,” she added.

Sadly, this isn’t the only case of photographer being accused of leaving couples without their precious memories. Similar incidents were also reported earlier this year, and in 2018, to name just two cases. So, it’s worth noting that you can never be too careful when choosing a photographer to capture your once-in-a-lifetime memories. As Holly Salmons says, you can’t only rely on praises and awards from previous years.

At the moment of writing this article, Seago’s social media pages have been unavailable. We will still try to get in touch with him and hear his side of the story, and we will update the article if we hear back.

Update, 23 August 2019: we spoke with The Knot about their process of giving awards and learned some background and more details.

The Knot Best of Weddings Award is given on a yearly basis and calculated by the user reviews and ratings score within the award season (November 1 – October 31) of the year prior. So the 2018 award is based on ratings from Nov. 1, 2016 to Oct. 31, 2017. The overall rating is calculated by an overall review ranking. For example, if a vendor has 49 reviews and all were 5 stars except 4 reviews were 1 star, the total rating is averaged.

As for SNi Photography, this business won the Best of Weddings Award in 2018 based on the reviews from November 1, 2016 – October 31, 2017. “One of our biggest recommendations to couples planning a wedding is to do their research and read reviews on our site in order to help make the decision to hire a vendor or not,” The Knot recommends. “In this case, we hope the negative reviews received in 2018 and 2019 are helpful to couples and serve as a warning to those looking to hire this vendor.”