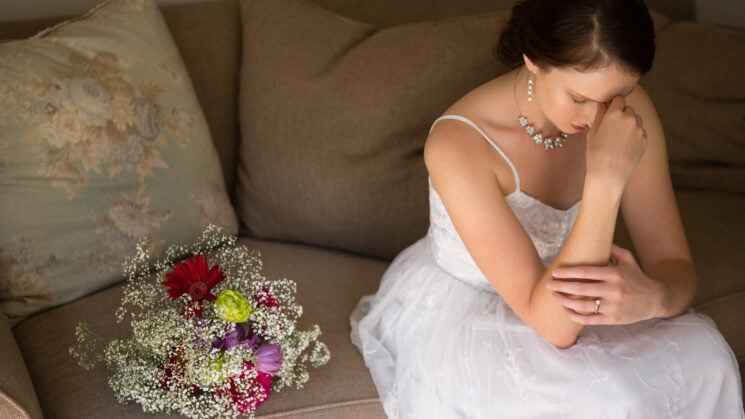 COVID-19 pandemic has left many creatives without work, forcing thousands of them into bankruptcy. And it’s not only business owners that were hit in the process, but also their clients and customers.

This recently happened to a UK-based photography business, affecting all of its clients. Around eight hundred, to be more specific. The photography business declared bankruptcy on 27 July this year, leaving hundreds of couples hanging for their wedding shoot, their money, or their photos.

South West Photo and Film (SWPF), formerly known as Lee Brewer Photography, was reportedly taking bookings up to the week it filed for bankruptcy. But on 27 July, the business declared bankruptcy citing the pandemic and the hardships it brought upon it. Furthermore, SWPF closed its website and all of its social media accounts. Naturally, this made it more difficult for the customers to reach out and find out what to expect. Some of them were waiting for their wedding photos to be delivered, while the others were supposed to have their wedding photographed. And in both cases, the couples paid for the service.

As Newsweek reports, those who had booked with SWPF and emailed them to ask about their photos or money got the following reply:

“It is with utmost sadness we would like to inform you that South West Photo and Film, formally Lee Brewer Photography, has ceased trading. We will no longer be able to provide any of our services to you at your wedding. We have tried so hard the last couple of years to survive the COVID-19 pandemic. The financial implications have proven too much for us to get over.

Unfortunately, I have been left with no choice but to cease trading and declare bankruptcy as of today, July 27.

An official receiver will be in touch with further information.”

Some of the couples got in touch with the media sharing their experience and concerns. Speaking with the BBC, Eliza and Jess Squire said that they paid £3,000 upfront as the business offered them a “sibling discount” in return.

“We both paid the full amount, and then found out, three days before my sister’s wedding, that he’s gone bust,” Eliza said. “We are doing everything on a budget. The photographer is one of the main big ticket items…so to feel like we are not going to get that money back and to now have to pay for another one is soul-destroying.”

After the business had gone bust, a Facebook group was set up to help the affected couples find new photographers. At the time of writing this, it has nearly 2K members. Eliza said that the group is “a scrolling catalog of people saying ‘this has happened to me, I also paid up front.’”

Naturally, the couples are furious, I would be as well. On the other hand, SWPF’s owner Lee Brewer bit off more than he could chew in the industry that was severely hit by the pandemic. According to the BBC, Brewer wrote a lengthy Facebook statement, but it was deleted since. Still, this source managed to report on it before it vanished.

The statement read that Brewer would be sending “fully edited photos” to all clients whose weddings he had attended in the past three months. However, he asked for patience until he has “finalized everything [he is] dealing with at present”.

“I will also be contacting clients whose weddings our associate photographers and videographers have captured.

I have set up automated responses on all our email accounts to update you with our present situation. This isn’t a cowardly act as you all probably think and I’m not hiding but I simply can’t cope with the vast amount of people trying to contact me.

I have spent years trying to build this business and now lost everything.

In hindsight I should have admitted defeat during the pandemic but being one not to quit I kept trying to fight, rebuild and grow, with having to refund over £200,000 in the last two years because of the financial burden following the pandemic my business has failed as the result.

I completely get it people have lost their money and are severely angry but I absolutely had no other option.”