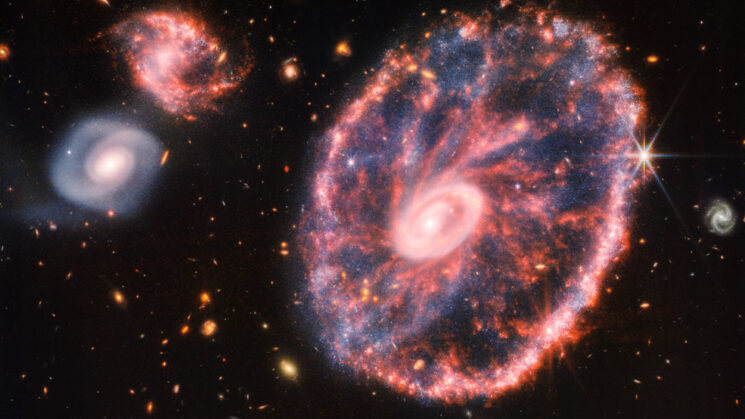 Remember when we were kids, we would look up into the sky and try to find shapes in the clouds? Well, I still sometimes do it at 33, and the latest James Webb telescope image reminded me of this fun activity.

JWST has peered into the chaos of the Cartwheel Galaxy, sending back a mesmerizing, colorful image. I loved looking at it and it reminded me of a merry-go-round that was always near the train station in my hometown. Of course, this is just my imagination, but the image is even more epic than I can imagine. It’s not only beautiful, but it reveals new details about star formation and the galaxy’s central black hole.

Thanks to its infrared vision, Webb can pierce through dust clouds and see further than any telescope has ever seen. And after its first batch of photos, it continues to amaze us. The image before you today shows a detailed image of the Cartwheel Galaxy located about 500 million light-years away; and two smaller companion galaxies. And everything else you see in this photo isn’t stars – they’re also galaxies. Other than being beautiful and colorful, this photo also shows us how the Cartwheel Galaxy has changed over billions of years.

This galaxy is, much like the wheel of a wagon, “the result of an intense event,” NASA explains. It’s a result of a high-speed collision between a large spiral galaxy and a smaller galaxy (which is not visible in this photo). “Collisions of galactic proportions cause a cascade of different, smaller events between the galaxies involved; the Cartwheel is no exception,” NASA writes. 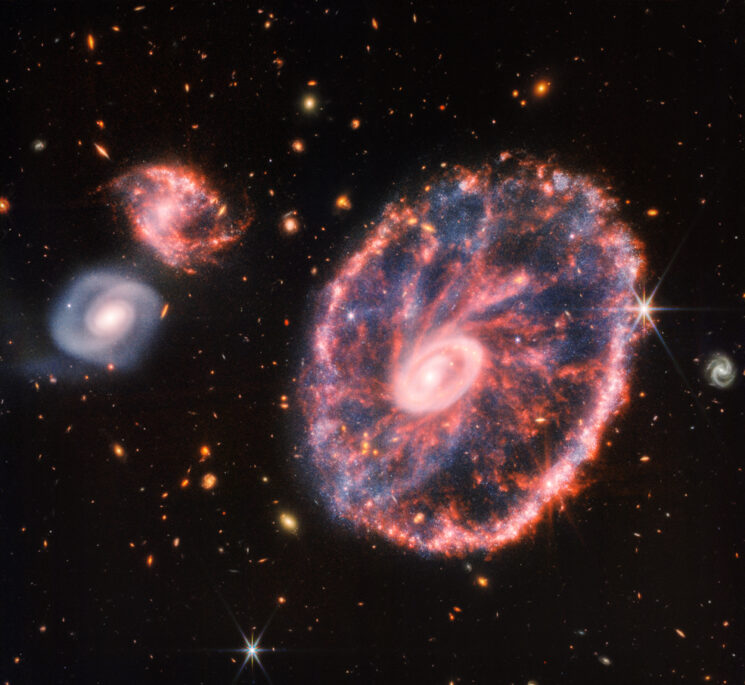 Like other subjects that Webb has photographed, many of them were also examined by the Hubble Space Telescope. The same goes for Cartwheel, but it has been “shrouded in mystery,” as NASA says, and it’s quite literal. A large amount of dust obscures the view, but the aforementioned Webb’s IR view saves the day and reveals more about this galaxy we have ever known. 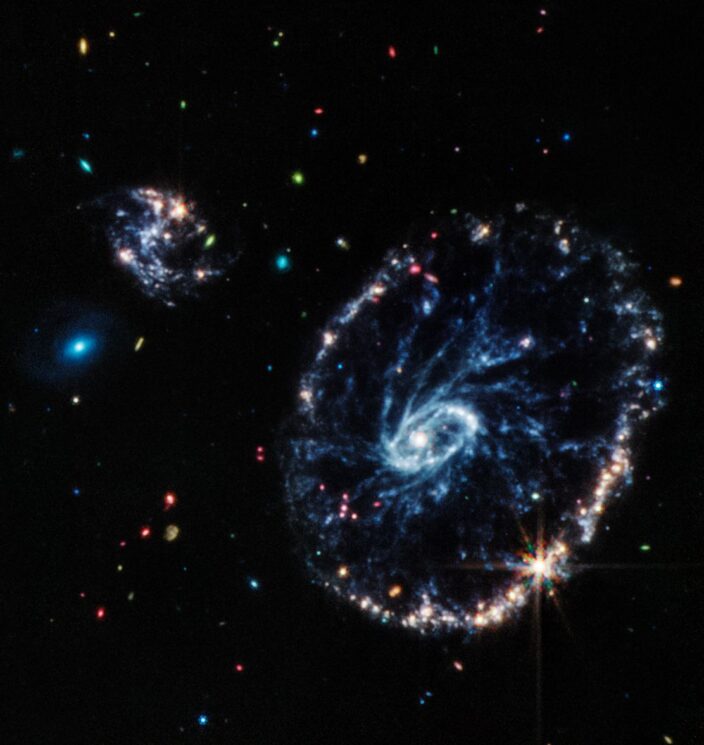 This image from Webb’s Mid-Infrared Instrument (MIRI) shows a group of galaxies, including a large distorted ring-shaped galaxy known as the Cartwheel. The Cartwheel Galaxy, located 500 million light-years away in the Sculptor constellation, is composed of a bright inner ring and an active outer ring. While this outer ring has a lot of star formation, the dusty area in between reveals many stars and star clusters.
Credits: NASA, ESA, CSA, STScI, Webb ERO Production Team