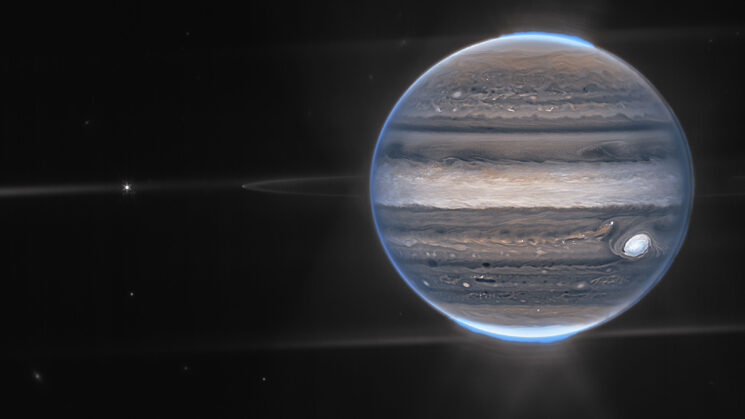 NASA’s James Webb Space Telescope has captured two new images of the planet Jupiter, in detail as we’ve never seen before. NASA says that the observations will give scientists even more clues to Jupiter’s inner life.

The images use the Near-Infrared Camera which has three specialized infrared filters that showcase details of the planet. The photos are composites that clearly show Jupiter’s auroras at each polar end of the planet. The images also show the red spot in incredible detail. You can also see the planet’s extremely faint rings and two of its smaller moons, Amalthea (the bright spot to the far left) and Adrastea (the dot at the left edge of the central ring). 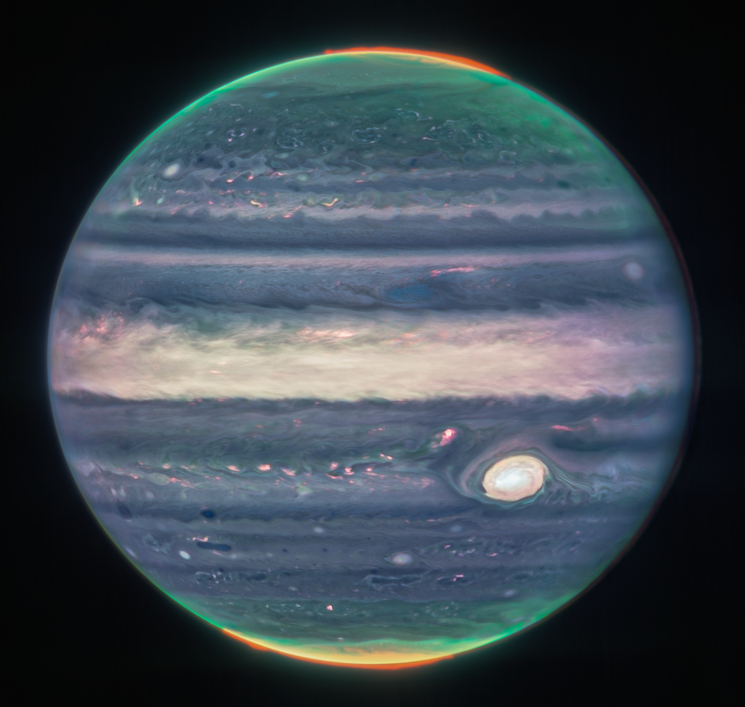 Since infrared light is invisible to the human eye, the light has been mapped onto the visible spectrum. Generally, the longest wavelengths appear redder and the shortest wavelengths are shown as more blue. Scientists collaborated with citizen scientist Judy Schmidt to translate the Webb data into images.

In the standalone view of Jupiter, created from a composite of several images from Webb, auroras extend to high altitudes above both the northern and southern poles of Jupiter. The auroras shine in a filter that is mapped to redder colours, which also highlights light reflected from lower clouds and upper hazes. A different filter, mapped to yellows and greens, shows hazes swirling around the northern and southern poles. A third filter, mapped to blues, showcases light that is reflected from a deeper main cloud. 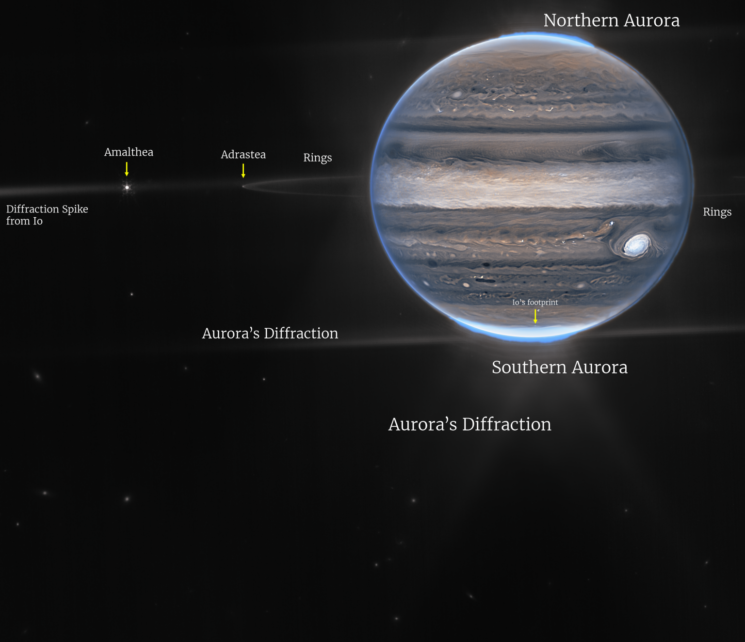 Jupiter’s red spot is actually a massive storm, bigger in size than the earth itself. It appears bright white because it’s reflecting sunlight.

But data from telescopes like Webb doesn’t arrive on Earth neatly packaged. Instead, it contains information about the brightness of the light on Webb’s detectors. This information arrives at the Space Telescope Science Institute (STScI) as raw data.

STScI processes the data into calibrated files for scientific analysis. Scientists then translate that information into images like these. While a team at STScI formally processes Webb images for official release, non-professional astronomers known as citizen scientists often dive into the public data archive to retrieve and process images, too.

These images are amazingly detailed and give us so much more information about the planet Jupiter than ever before. The James Webb telescope just keeps getting better and better!

« This 3D printed 163mm f/2.5 lens with built-in aperture and focus adjustments can be made for less than $15
Instagram ‘testing’ near-copy of BeReal in new IG Candid Challenges »