In his project titled Sicario, a work like any other, Swiss/Italian photographer Michele Crameri published a series of photos depicting hitmen in Honduras. The project has won many awards, but the photographer is now being accused of staging the photos.

Sicario, a work like any other (warning: graphic content) revolves around sicarios (hitmen) who work for gangs in San Pedro Sula, Honduras. Crameri traveled there four times between 2015 and 2018, photographing disturbing images of crime scenes, funerals, and even recently murdered people. Some of his photos show sicarios holding guns and threatening people. Crameri’s website reports that the project has won 15 awards since2017. It was also a finalist of Lens Culture’s Visual Storytelling Awards 2019. However, a few photographers have started accusing Crameri of staging his striking images.

FStoppers writes that Orlin Castro, a local journalist who assisted Crameri, was the first to notice that Crameri’s project included some “problematic images.” Two other photographers are also speaking out about Crameri’s alleged scam. They are Tomas Ayuso from Honduras and Francesca Volpi from Italy, and they have both worked with Castro, according to FStoppers. Ayuso claims that the portraits are posed “alongside fake captions and completely staged pictures of scenes of criminal violence, all wrapped neatly with a narrative of ‘Killers in Honduras have part-time jobs.’”

Some of the photos were allegedly a result of hitmen practically fooling in front of the camera. Castro says that he jokingly asked sicarios to show Crameri how they executed someone. When they did, Sicario photographed the scenes. According to Castro, the photographer told him that those images were to be used only for his personal archive. However, he published them after all, along with dramatic captions depicting the scenes as being real.

According to FStoppers, Crameri started receiving questions about his project in March 2019. At the moment, his Instagram is locked, and his Facebook page seems closed. However, he was contacted by FStoppers via email, and he responded, claiming that the project was not staged. Parallelo Zero, the agency representing Crameri, told FStoppers that they had conducted a research of their own following the fakery accusations. They added that they “were satisfied that Crameri’s work was legitimate.”

Sadly, it’s not so rare that photojournalists stage images and represent them as real. Some of those photos won prestigious awards or even become iconic. All of them show the real world, people who really exist, and who indeed live difficult lives. But can we really call them “documentary”? And is taking photos like this still photojournalism? I’d say it can be seriously discussed.

We have reached out to Crameri and Paralello Zero to try and find out more about the allegations, and we’ll update the article if we hear back.

Model Mayhem headed back to court, accused of not protecting their users, as new papers are filed 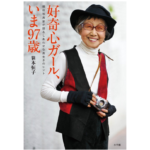