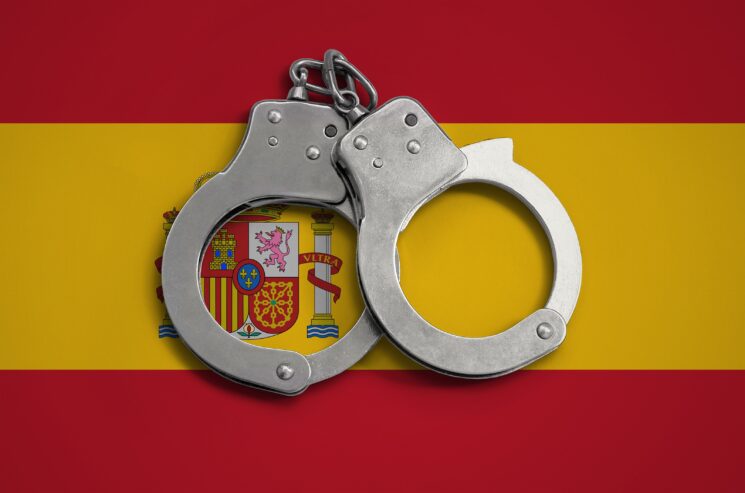 A Pulitzer Prize winning photojournalist has been fined $1000 for taking photographs of migrants in a camp in the Canary Islands, Spain. Spanish police allegedly confronted photographer Javier Bauluz and attempted to prevent him from documenting the conditions of the camp under Spain’s unpopular ‘gag law’.

At the time, police warned Bauluz he would be fined for “disrespecting an agent” and “refusing to identify himself”, despite the photographer’s insistence that he had handed over his identification.

Bauluz received the fine just this week, well over a year after the incident happened. Apparently, the fine was delivered by mail and included no details about the infraction.

Piecing clues together, Bauluz realised that the fine was to do with his confrontation with the police in a small town in Gran Canaria where he had spent months documenting the arrival and living conditions of around 20,000 migrants sent there after illegally crossing the Mediterranean sea.

The camp conditions were cramped and overcrowded and described as “deplorable” by one judge. On the morning of the incident, Bauluz had arrived early and had started taking photographs on the dock as one of the rescue boats arrived. At that time the area had not been cordoned off by police. Bauluz was then approached by two police officers who demanded he leave. The officers then grabbed Bauluz by the arm, declared that he was insulting them and threatened him with the gag law.

What is the Gag Law?

It’s important to recognise that laws around photography and what you can and can’t photograph in public spaces will be different depending on the country you’re in. It isn’t just photojournalists that are affected, but often ordinary people visiting a country for work or vacation. A simple photograph taken where you live could incur fines or even an unplanned overnight in a local cell in a foreign country.

Spain’s law typically revolves around photographing the police, particularly the Policia Nacional and Guardia Civil. Its official name translates to ‘The Citizen’s Security Law’ however in actual fact has very little to do with protecting citizens’ rights. The controversial law was introduced in 2015 and covers anything from religious disrespect to photographing or filming police, to basically anything that could be deemed offensive to anyone in any position of power.

Several journalists have been fined for filming or photographing the police, and an influencer for disrespecting the Catholic church in a video where he replaced Christ’s face with his own. Mallorcan rapper Josep Miquel Arrenas, known as Valtònyc, was sentenced to a three-and-a-half-year prison term in 2018 for glorifying terrorism and insulting the monarchy in his lyrics.

So for anyone travelling in Spain, including the Canary Islands, be careful not to photograph protests or anything that includes police or even their vehicles. If not, you could be in for a shock and a large fine to pay.