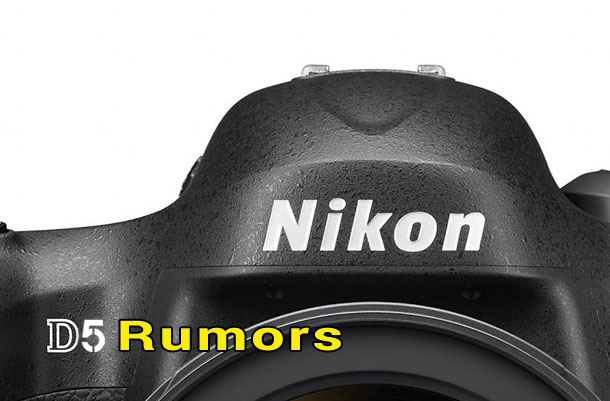 The most recent update to the rumored specs for Nikon’s upcoming flagship DSLR, expected to be named the D5, confirms most previously mentioned specs, includes more info regarding the 4K video capabilities, mentions full HD slow motion and a possible decrease in the expected number of autofocus points.

Despite the possible decrease from previously rumored specs, meaning the number of autofocus points might “only” be doubled, Nikon Rumors says the new focusing module will include larger coverage.

If I had to guess what the number one complaint people have about Nikon’s latest full frame focusing systems is, I’d say that the autofocus coverage (how far out the AF points are spread out) pretty much sucks.

Having 51 AF points is awesome, especially when they work as well as they do, but they are way too bunched up in the center. Luckily the latest rumored specs claim that larger coverage is coming.

Previous rumors claimed that the new focusing module will include 173 autofocus points, but NR states it’s receiving conflicting reports regarding the exact number of expected AF points and that the camera might come with only 107 of them. Either way, that’s an impressive upgrade from the current 51. There’s no word on how many of these will be cross-type focus points, but I expect their percentage to be rather low.

It is also mentioned that the camera’s 4K video will be available in 30 or 60 frames per second, and that the D5 will be capable of recording slow motion video in full HD.

Unfortunately there hasn’t been an updated regarding the type of memory cards the camera will take or whether it will include GPS and WiFi.

The first rumored specs for the D5 surfaced back in February and other than the above mentioned 173 AF points, it also mentioned a 25% megapixel bump from 16 to 20 and that the D5 might be released with a new stabilized version of the 24-70mm lens.

The fact that this rumor update confirms all, except for maybe one, of the previously rumored specs gives me reason to believe that it could very well be accurate. Add to that the fact that Nikon has since announced the 24-70mm VR lens.

It was previously said that the D5 could be announced in the second half of 2015 towards and early 2016 release. It’s now expected that the announcement itself will be in early 2016, but that doesn’t necessarily mean that the release of the camera will be delayed as well.

Another big question about the D5 is which of its features will be controlled, upgradeable or otherwise affected by the app Nikon is rumored to be working on with Apple?

The First Nikon 4K Camera Rumored To Be Coming

« Confessions of an ex gear addict: How buying cameras and lenses made me miserable and lose thousands
Aeon Is a New GoPro Gimbal That Looks Like An Alien Weapon »