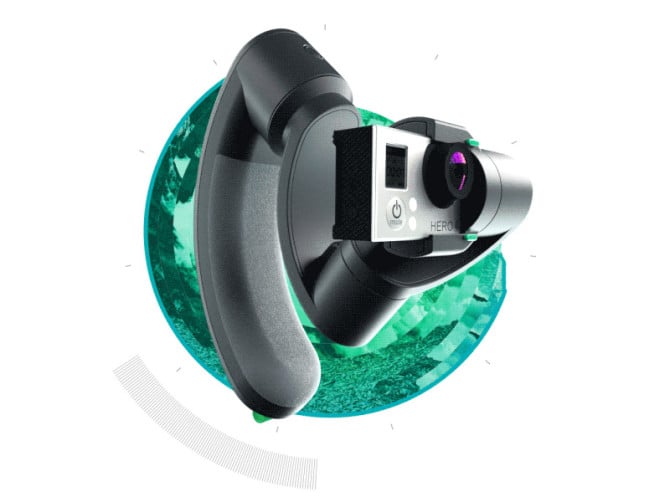 While GoPro supplies great footage it is often unusable without some sort of stabilization. Sometimes stabilization is made in post, with some cost in image quality, but we are seeing more and more options for stabilizing footage while shooting. This is what Aeon wants to do for your GoPro – “Create Smooth, Cinematic Videos“.

The Aeon has some very nice features under the hood and a very slick design as a the hood itself. Think Halo meets District 9 kind of look.

The Aeon is a 3-Axis gimbal so it provides all the stabilization you would expect from this kind of device (and the demo reel is quite impressive). But it also has some nice features to make it stand out.

The video pitch and some thoughts after the jump

Here is the pitch: 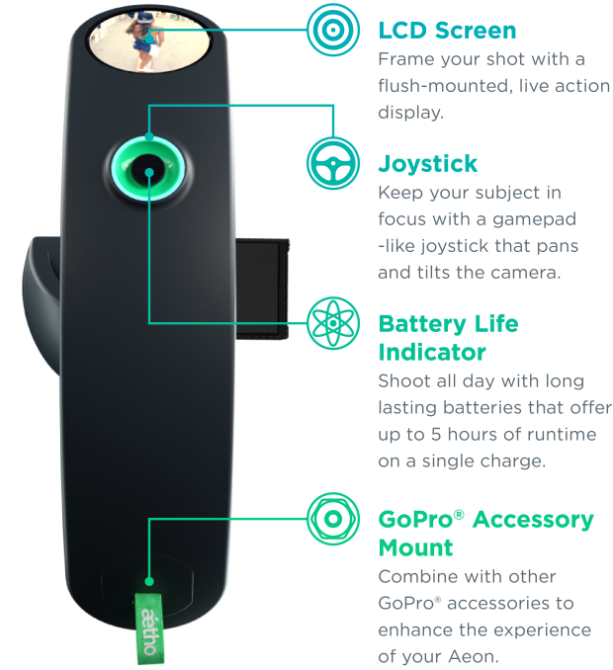 I think that the most interesting features is the small round embedded LCD on the handle that actually shows you some of what the GoPro is filming. IS using a small LCD that does not show the framing convenient? Time will tell. I have never tried it myself, but considering the most GoPro footage is wide lens and not carefully composed anyways I don’t think that the screen form factor is a big thing.

Next there is a gamepad-like Joystick that allows you to pan and tilt the camera. (think MoVI second operator style).

Aeon runs on Aeon takes two 18650 batteries and the company says it will last 5-6 hours on a single charge. But 18650 batteries are quite common so you can have few of those in your bag and practically run for an entire day without needing to charge. If you have a power source (like a bigger battery) in your pocket, you can use a power port to provide power to the GoPro so it lasts longer.

Lastly, the Aeon features a GoPro mount and they are shipping a selfie stick with each unit so you can build some sort of a makeshift GoPro Jib. Weather that is something you’ll actually do, remains to be seen.

As always, the value of these kind of devices is measured by the amount of stabilization they can provide, the first two images, are illustrations of how the gimbal works, and the video below it shows some real life test footage from the Aeon.

The amusing unboxing of $138,000 worth of 8K RED Weapon and accessories

« Updated: rumored specs for the Nikon D5
This Cheesy Compilation Shows How Hard It Was Modeling In The 80’s »