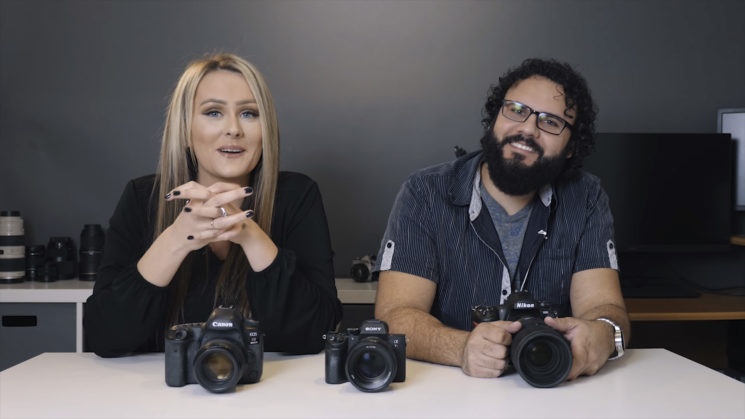 These seem to be the three hottest cameras right now, the Sony A7RIII, the Nikon D850 and the Canon 5D Mark IV. And this video from Dan and Sally Watson puts all three well and truly through their paces. They compare just about every feature they could against each other and tested a variety of shooting situations to see which comes out on top.

The short version is, all three are amazing cameras, but which is “best” is going to depend entirely on your own needs.

It’s an interesting test that pushes all three cameras pretty hard to test their limits. I was quite surprised by how well the 5D Mark IV held up, given that it was released over a year before either the D850 or the A7RIII.

The first test is the dynamic range, to see just how much the camera can record and the details held in the shadows. This is followed by a focus test to see how well each of the three cameras deal with a moving target. And despite some reports of misses with the D850, it seems to perform the best out of the three in these tests, barely missing a single shot. The A7RIII was close, but the 5D Mark IV seemed to be way behind.

One noticeable feature of continuous shooting was that the D850 managed to shoot more before the buffer was filled, and it cleared it quickly, too. That was just using a Sandisk Extreme Pro SD card, not XQD. The Nikon also allowed you to browse the images and do other things with the camera while the buffer was clearing.

The A7RIII did seem to struggle locking on to the subject at all, though, when the subject was partially obscured by flowers. It would seem to lock on and then as soon as the shutter was hit it would go out, causing out of focus images. This is something that neither the Nikon nor Canon struggled with. Although when it would focus just fine, Sally much preferred the colour and skintones coming out of the Sony. 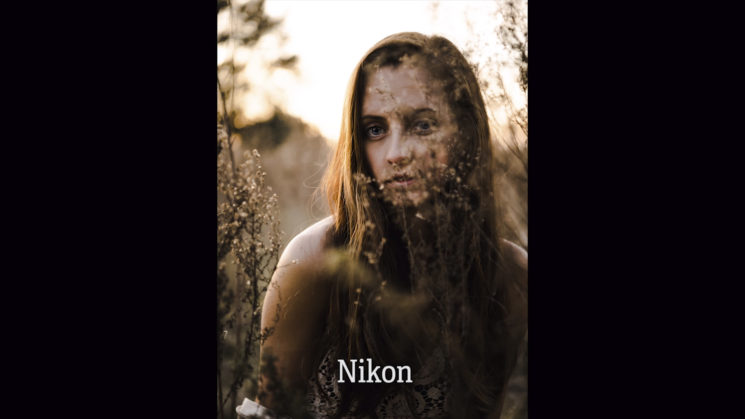 For low light, all three cameras do extremely well, as one would expect from any camera at this price point. At ISO6400, all three showed pretty similar levels of noise – that is to say, not really all that much at all. Although it did seem to become most noticeable in the 5D Mark IV when you started to pull back the shadows a little. 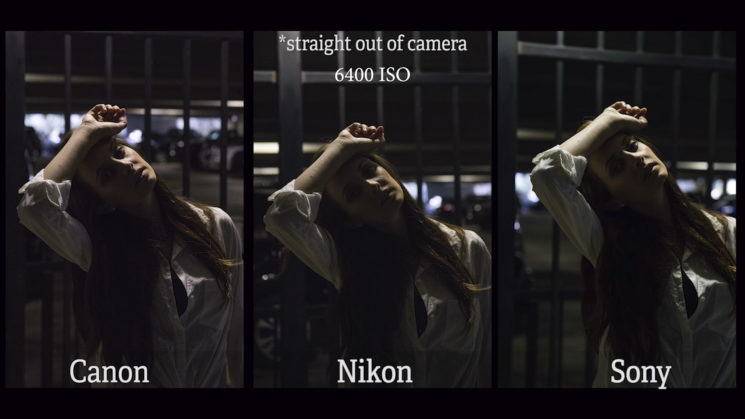 When it comes to general use with the three cameras, Sally noted that the smaller body of the Sony made it more difficult to use without accidentally hitting other buttons. To the point where she says it got quite annoying.

There are pros and cons to all three systems, which they cover throughout the video. None of them are completely perfect and none of them suck, either. They all outperform each other in different ways. Ultimately, for you, it really will boil down to personal needs and preferences. You might find that the switch to another brand helps you and your photography, although you might find that it does more harm to your workflow than good.