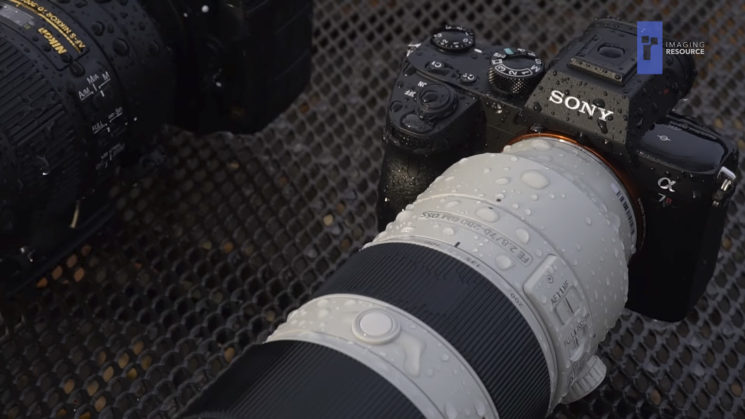 People seem to have been switching over to the Sony A7RIII faster than I can blink. I’ve seen quite a few switching from both Nikon and Canon since its announcement. But it seems there’s one area where Sony still falls somewhat short. Weather sealing. It’s always been their Achilles heel, but people had been hoping it’s improved with the A7RIII. As this weather sealing test from Imaging Resource shows, it hasn’t.

The team at Imaging Resource put four cameras against each other in these tests to see just how well they hold up to wet conditions. Two newcomers, and two of the top tier professional cameras from their 2016 awards.

Two tests are shown in the video that simulate natural weather phenomenon. The first being some rather substantial direct rain – a situation that’s quite common for those of us in the UK. And while the “rain” comes pouring down, they test out the camera’s features to check that they still work while wet. After all, if you’re out shooting in these conditions, you’re shooting. Your camera isn’t just sitting there getting wet. So, they focus, shoot, switch around the dials, sift through the menus, etc.

Both cameras were initially operable after completion of the test, which looked promising. After taking them back to the dry indoors, though, the situation was very different. The Nikon D850 got off almost completely unscathed, with just a single drop of water working its way inside the eyepiece. This was easy to fix by simply removing the eyepiece and giving it a wipe.

The Sony A7RIII, on the other hand, did not fare so well. Although still operational, and no water got into the sensor through the lens mount, water did get inside. Of particular note was the battery. Upon opening the battery slot door, they noticed that the underside of the battery was wet, which was odd considering all the rain came from above. 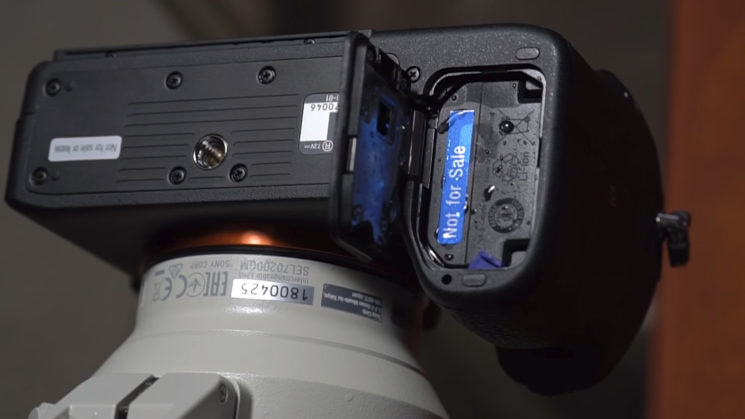 Given that the camera wasn’t actually sitting in water, and there was little on the underside of the camera, the only conclusion was that the water came from inside, above the battery. And upon removing the battery, their suspicion was confirmed, stating that there was a “moderate amount of water” contained within.

After drying the cameras both still worked so it was off for test #2, the “heavy mist” test. And this is where the A7RIII really failed miserably. Ironically, this was supposed to be the gentler of the two tests, with much less water and less force. After the second test was completed, they heard a rapid clicking noise coming from the table.

The Sony was, apparently, shooting as fast as it could. Very odd considering they say that the camera was turned off at the time. The only way they could get it to stop was to remove the battery. Removing the lens showed that there was rain on the shutter blades themselves, this time.

They do say that the A7RIII was fully dried out and back to its normal self the following day. It’s working just fine and has no signs of lingering issues from the water exposure. But, you don’t really want to risk your camera dying if it starts raining in the middle of a shoot. As with the first test, the Nikon D850 survived just fine, and so did the Canon 5D Mark IV and the Olympus E-M1 Mark II.

This is one of the reasons why I haven’t really considered Sony myself yet. Yeah, they’ve got lots of flashy performance numbers, but without good weather sealing, they’re no good to me here in the UK.

I’ve shot countless times in the rain with my Nikons, for up to 4-5 hours at a time, and never had any issues at all doing so in the past 16 years I’ve been using Nikon DSLRs. And, well, if it ain’t broke, why try to fix it?

« This is what a $6,000 DSLR looks like with its guts spilled out
Canon admits they are lagging in innovation behind other companies »