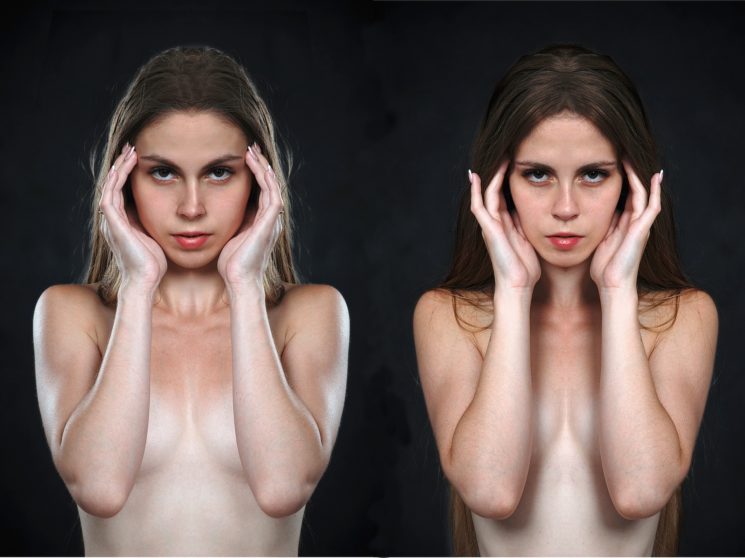 The upcoming March issue of British Vogue features Gigi and Bella Hadid on the front and back cover. However, the photo inside the magazine, where the sisters are posed together, has recently shocked the public. Hadid sisters are posed completely nude in a pose that many people described as “distasteful,” “gross” and even “sick.”

.@GiGiHadid on @bellahadid in the March issue of #NewVogue: “She’s one of the only people I’ll get aggressive for. She makes me so proud. I would do anything for her” https://t.co/IEzjItBMp8 pic.twitter.com/dglDwfdR3O

After Vogue tweeted the controversial photo taken by Steven Meisel, it didn’t take long before people posted their comments. The majority of them are negative, criticizing the fact that Gigi and Bella are sisters and stating that a pose like this is unnatural.

What are people on at British Vogue?! Why would you even think of this shot let alone carry it out?! This is just weird and creepy! Why would the EIC or @CondeNast allow this?!

This is fucking gross on so many levels

Ummm, who thought it would be a good idea for siblings to pose like this?? Who approved this??? Cringe.

Could you imagine if brothers were posed like this? I mean picture the property brothers naked all legs spread and overlapped like this. Gross.

In the flood of shock and negative reactions, there are also users speaking in defense of Vogue and their problematic photo.

Along with heavily criticizing the inappropriateness of the photo, Twitter users reflected on the use of Photoshop. According to the comments, the photo is edited to the point that the models’ faces “look completely different.”

Personally, I really like nude photography, and I’m not disgusted by it. I think that, on the one hand, this photo could be interpreted as two sisters who protect each other. But on the other hand, I simply can’t avoid seeing why people perceive it as inappropriate. Like most commenters, I think this photo is overly sexualized for an image of two sisters. No matter the idea behind the photo, I just can’t imagine posing with my sisters like this.

I’m curious to hear your thoughts. Is this photo inappropriate, or you don’t see anything wrong about it?