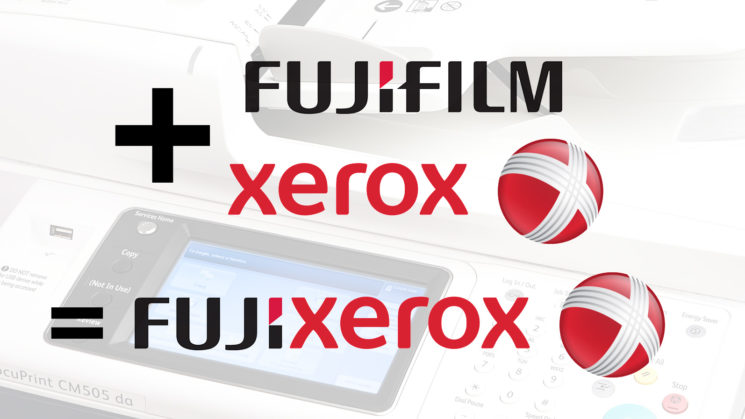 Yes, the Japanese company, Fujifilm Holdings, which makes everything from cameras to makeup is acquiring Xerox in a $6.1 billion deal. The merger is reported to have a combined revenue of $18 billion. The two companies have been partners under the brand Fuji Xerox for over 50 years, but now Fuji will become the majority stakeholder in the American company, made famous by its photocopiers.

Under the new deal, the existing Fuji Xerox will become a subsidiary of Xerox, while the combined company will become Fuji Xerox under the ownership of Fujifilm Holdings.

If that was a little confusing, TechCrunch has created this handy chart to help explain.

Xerox has been around for a long time, but it’s been struggling to reinvent itself to keep up with the times. Fujifilm’s copier market has also been struggling, which isn’t much of a surprise as the world turns more “paperless” on a daily basis. The companies say the merger will help bring about a saving of at least $1.7 billion in costs by the year 2022 and a combined revenue of $18 billion.

Fuji Xerox says it plans to generate new revenue by seeking new opportunities in imaging and inkjet technology, as well as artificial intelligence. All of which they say are key to the success of the new Fuji Xerox company.

But it’s not all warm fuzzies as the two iconic names form a new company. The acquisition will also result in cutting 10,000 jobs at Fuji Xerox in the Asia Pacific region as part of the restructuring. That’s more than 20% of the current Fuji Xerox workforce.

You can read the full announcement from Xerox here.

« Smashed your GoPro? Their Plus service will replace it, no questions asked
How to get that $10,000+ lighting setup look with a $425 speedlight kit »