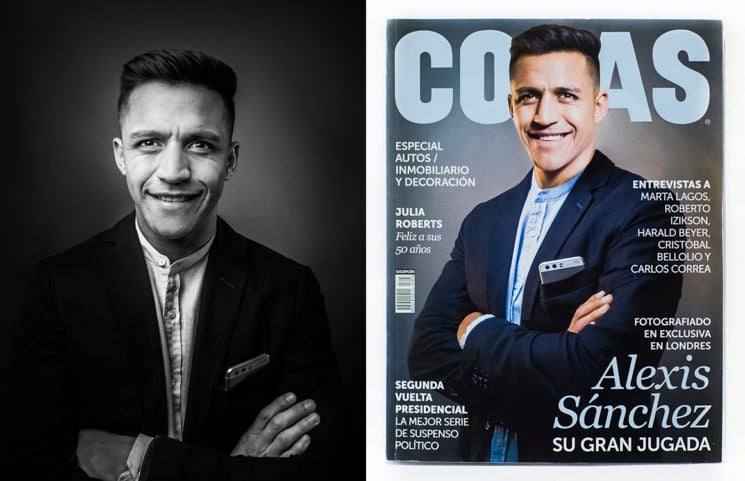 I recently got a call from a client in Chile asking if I’d like to photograph Alexis Sanchez for the cover of COSAS magazine.  Alexis is Chile’s most capped footballer and currently plays for Arsenal.  He is also one of his country’s biggest celebrities. COSAS is Chile’s biggest selling lifestyle and celebrity magazine.

The catch?  The entire shoot had to be shot with a smartphone.  Why?  Because Alexis is a brand ambassador for Huawei, the Chinese telecoms giant.

At this point I should stress that I have not been paid by Huawei and have not been asked to endorse their products in any way. The phone, a P10 Plus, has an excellent camera but I would have approached the shoot in exactly the same way had I been using any other smartphone and in many cases I would have expected similar results.

So I accepted the challenge, which I knew wasn’t going to be about image quality – I didn’t doubt the phone would be capable of producing images that could be good enough.  Rather it was about planning and executing a photoshoot beyond my comfort zone.  I liked and feared in equal measure the idea of not being able to rely on my familiar cameras and instead having to push a smartphone way beyond what it was designed for. 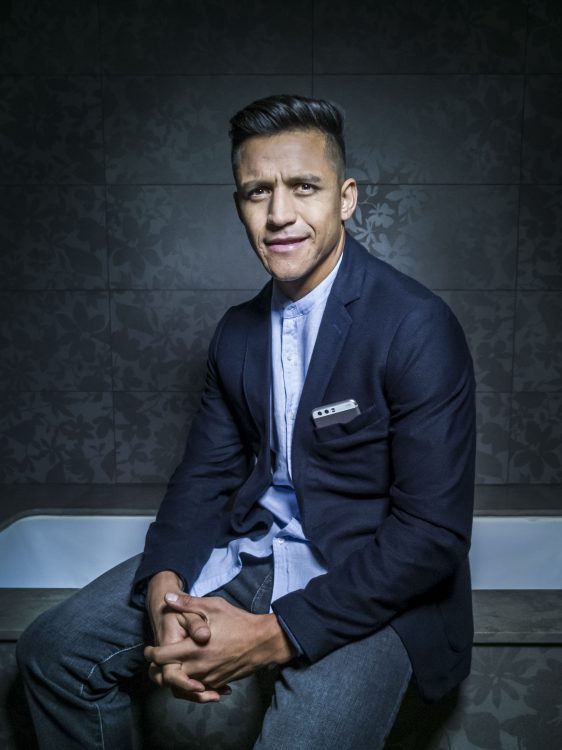 Just like any other shoot it was going to be about lighting, but in this case especially so.  The P10 Plus is capable of shooting raw images and I knew that would be a big help but I also knew I’d have to get the lighting just right and there would be very little room for error.

Plus this was an editorial shoot with a very limited budget, rather than a well-resourced advertising campaign. So no big lighting budget for me, (or even enough for an assistant).  So I had to think carefully about what lighting I could use and how to use it most effectively.

There were other challenges too.  Like previous shoots with high-profile sportsmen and women I wasn’t going to get much time with Alexis.  In fact only 10 minutes, and from that the magazine wanted pictures from at least three different set-ups.  I also knew that Alexis doesn’t speak English, which not only meant that it would take longer than normal to establish a rapport with him but also that our conversation would need to go through an interpreter and this would also take time.  So I would have to be efficient with the time available.

Then there was the space, or rather lack of it. The shoot wasn’t going to be in a large, bright studio but in a residential house in south-west London where Alexis was shooting a (much bigger budget) television commercial during the rest of the day.  They got all the good spaces.  I was allocated a bathroom and two bedrooms for my shoot. The bathroom had no windows, not that it mattered as the shoot was scheduled for late afternoon, in London, in winter… so no natural light in the bedrooms either then. 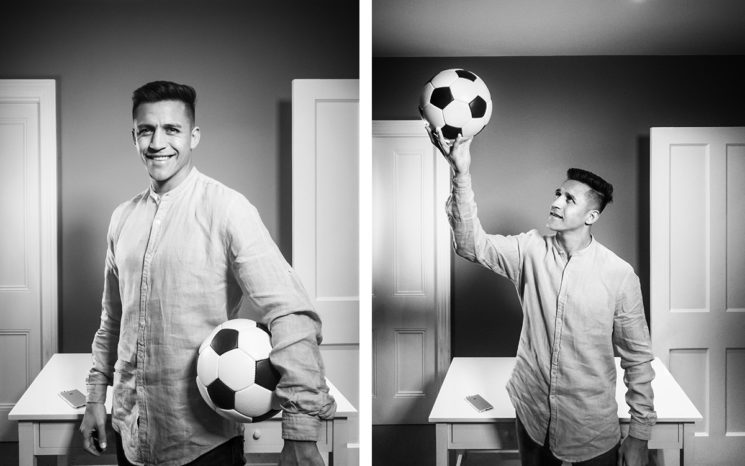 I was given the phone two days before the shoot so that I could practice with it and learn its settings inside out.  I also did loads of tests with the lighting I was going to use – a Rotolight Anova Pro and a series of Limelite Pixel 300W heads.

On the day of the shoot I arrived with hours to set up, test, check and double-check everything.  I ended up creating three mini-studios, one in each of the rooms available to me, and moved the Anova Pro with me as we moved between them.

The shoot itself went really well and despite the language barrier Alexis was a true professional and appeared to take it all in his stride.  (From personal experience the same cannot be said of all Premiership footballers).  I was definitely nervous, which often helps sharpen the mind, but in any case it was all over in the blink of an eye.

All that was left was to pack up, go home and start going through the results. And breathe a massive sigh of relief.

I wouldn’t choose to ditch my cameras and shoot many assignments with a smartphone but I definitely learned a lot from the experience.  Doing something that scares you once in a while has its rewards.

The client was really happy with the pictures and ended up running an 8 page spread in the magazine. 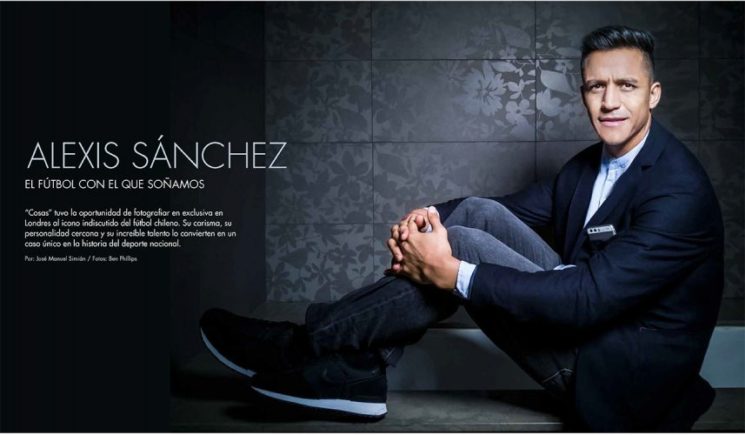 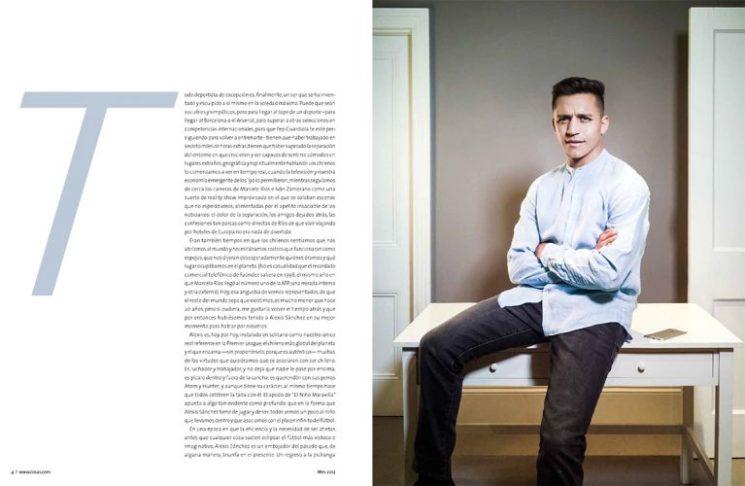 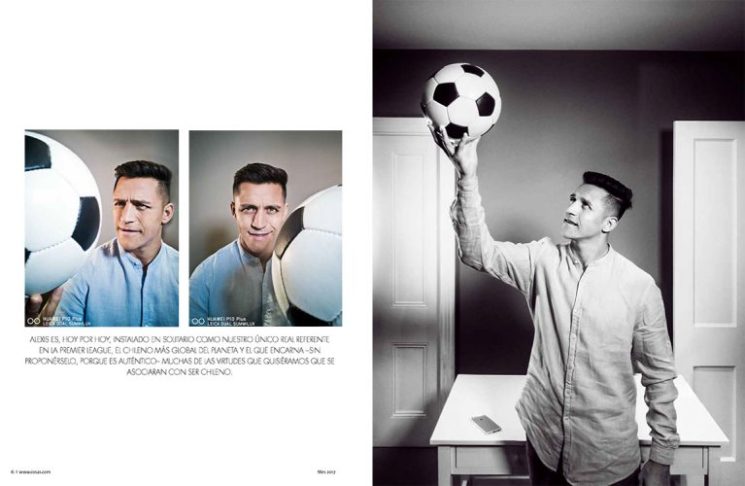 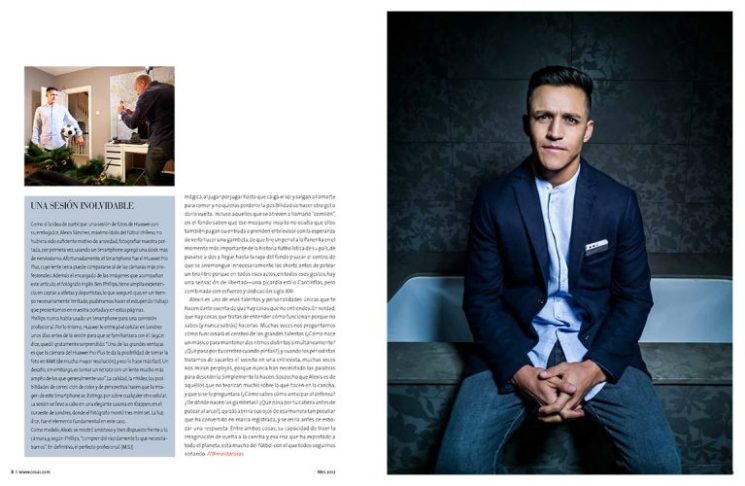 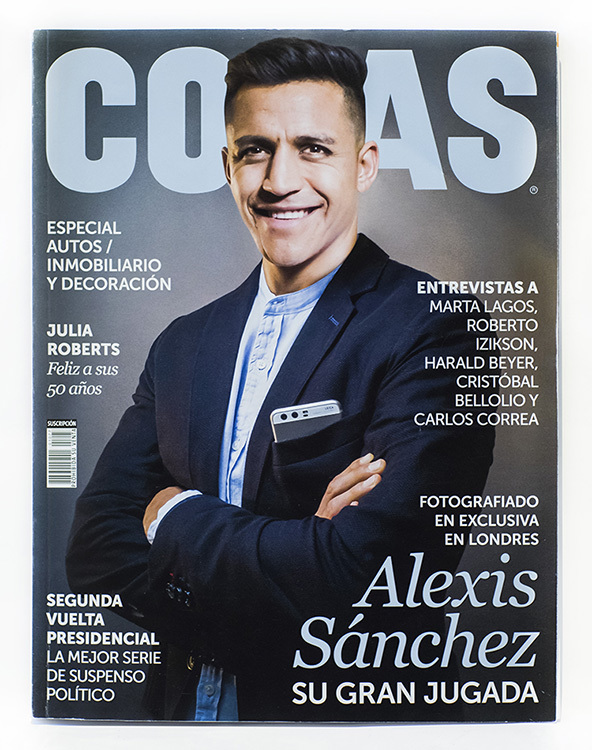 Ben Phillips is a UK-based commercial photographer. He works across a variety of industries and has been producing high-quality images for clients for over ten years. If you’d like to see more of his work, head over to his website, Instagram, Facebook page and Twitter. The article was also published here and shared with permission.

Sports Illustrated published their first cover shot with a smartphone
« How to get that $10,000+ lighting setup look with a $425 speedlight kit
This video shows all the clichés of Instagram travel photos »