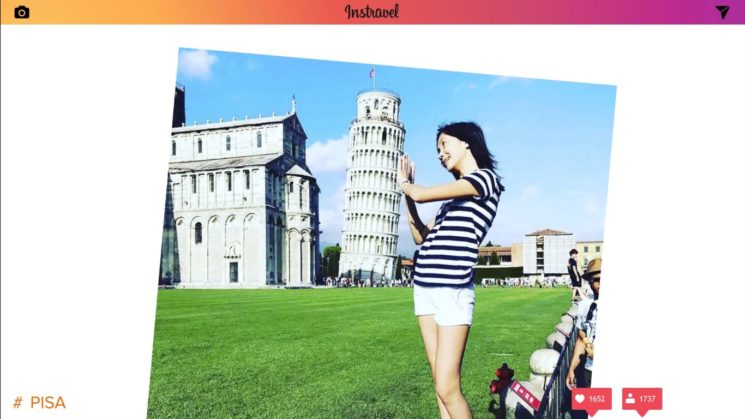 It’s impossible not to notice that some types of Instagram photos all look alike. Especially photos from iconic locations, where thousands of people stand in the same spot to snap an Instagram photo in the same pose. Just think of all the tourists “pushing” the Leaning Tower of Pisa. Photographer and videographer Oliver KMIA decided to mock this trend, so he has created a video which shows the lack of creativity in Instagram travel images.

Judging from Oliver’s video description, he was triggered by the insane number of tourists crammed around Trevi Fountain in Rome, all taking similar photos. He remembered a video by Hiérophante, making fun of Instagram clichés. So, he decided to “make fun of something he’s a part of.”  Although he’s also a tourist, he mocked all the cliché images the majority of tourists snap for their Instagram profiles.

You’ll see all the familiar photos and popular hashtags in the video. There’s a guy following a girl and holding her hand, a passport photo, an airplane wing, certain kinds of food… There are also some iconic locations visited by millions of tourists every year. Everything in this video is photographed so many times, with so little creativity.

Oliver also reflects on the environmental impact taking these photos can sometimes have. It’s becoming more and more common that people destroy nature just because everyone wants to take the photo at the exact same spot, so they can post it online. Just remember the recent example: people are climbing a brittle willow tree in Lake Wanaka just so they can take photos.

The number of tourists is now greater than ever. Also, it’s paired with the need to document everything in order to brag about it on social networks. As a result, we get hundreds if not thousands of photos that all look almost the same. Oliver wanted to mock this phenomenon, and I think he did it well.

Just to be clear, I don’t think everyone takes photos on travels just so they can brag about it on Instagram. Oliver doesn’t either, and he writes in in the video description. There are plenty of beautiful, creative photos, even from the locations photographed thousands of times. So, let this video amuse you, but also be a reminder to always look for unique perspectives and think outside the box. Even when you visit the popular places everyone takes photos of.

On Cliches and Photo Ideas