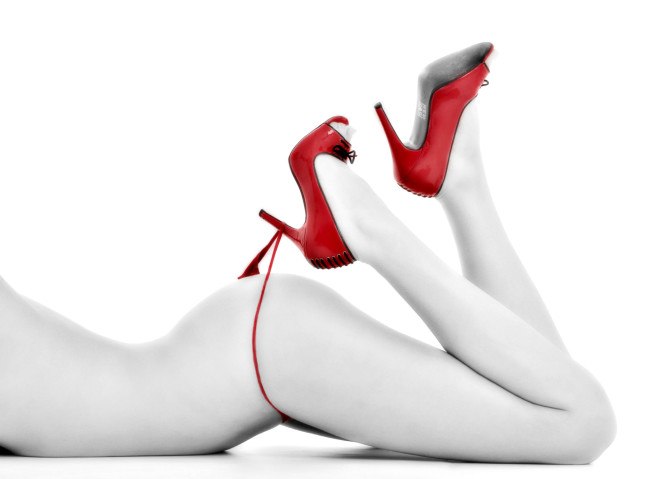 If you go through Flickr galleries and popular photo, model mayhem or Facebook photography groups, some photographs keep popping up. You see them again and again to the point you just want to scream. Not necessarily because they are bad, but rather because they are lacking any clear photographic idea.

As deeper you dive into the world of photography the more you recognize this sad truth: one photographer is creating something, 100 others copy that idea and absolutely 100 of these copies are worse. give it some times, and these things will pop up as “ideas”. Models will writing: “I want to do a powder shooting“, make up artists come up with “let’s do some extreme makeup with chocolate on the lips and honey in the face” and photographers are buying ringlights with bad CRI in Home Depot for the catchlights.

This is then sold as “image idea” – but is it really an “image idea”, or are simply copied and served clichés?

We asked some photographers and retouchers the following question: “What’s the worst cliché, what is the worst picture idea that keeps coming up.” Here are the results as an unsorted list:

These are the most hated “picture ideas” that we were sent. We tried to bring order into this random list. We asked ourselves, “What’s so bad about all the things in this list”? Is nudity always difficult, or are there exceptions?

Here is the thing, every image is a statement. A naked model, for example,  can go under the wide umbrella of “Fine Art” or as “When you extend this statement it becomes a visual idea.  (No, writing captions in a black bar under the image does not count as extending the statement). Some photos are just made because a photographer want to make a photo, and have no deeper motivation for it, then anyone who watches the photo will have very little impact. The deepest impact is achieved when the viewer recognizes himself in the photo, otherwise it is best if the photos evokes an emotion with the viewer.

The list above is a great example of things that on their own are not “image ideas” they are just elements that can be used to convey an idea.

And this is the tricky part. These questions are almost impossible to answer in a way that makes sense.

How to break down ideas to elements in the final image

It’s always good to start with a statement. An example:

The aim is to provide a socially critical photo. The viewer should see how communicating via Facebook leads to missing real communications

What is a strong form of communication?

The stronger the element, the clearer the statement.

So, sex. The couple have sex, which is one of the most intimate and closest forms of communication. If sex is too explicit, then lets have them in an otherwise very intimate and ‘suggesting’ setting. Closely entwined and at least partially undressed.

An answer that makes a lot of sense would be: In bed. Okay – what about the rest of the room? how does it look like? What are the other elements we should have?

Actually, it does not make sense to show anything other than the couple in bed. (and definitely not placee the bed in a desolated location). You can however, include a small side lamp to get the light motivated.

How do I get the statement in the photo?

The couple sits or kneels ever so entwined on the bed; the two table lamps encompass the room in a beautiful, warm, orange light; perhaps we have a nice side-light on both models. But – and here’s the twist – both models look over each other’s shoulders into their smartphone. This is also a great setting to include some colored lighting. The blue pale glow coming from Facebook’s app on a smartphones would make a good contrast to to the Orange in the room.

But I want to shoot in an urban decayed location!!!

Well, maybe the idea is simply not a good fit for an urban decay themed shoot. Contrast is always good. You can put a knitting girl in a lost place in front of a fireplace. Or you can have a sitting girl in swimwear with a floating ring on the edge of a dry pool – it will create another dimension … I think you know what I want to say.

Why should I not do a teddy bear and a zombie girl photo?

Because Peter Brownz has already made this photo and it is AWESOME. I doubt that it can be done any better.

Now, this may sounds stupid, but it is a deep truth. The wrapped naked lady lit by a ring light is already done by by Jens Burger. It is a great “eye candy” photo and it has no statement. It will always be nice to look at it, because it is aesthetic. But it is done, and done well. So the original will always trump anything else that you can do.

If one wants to redo old concepts, one should ask, can I bring anything new and pure of my own?

The theme of shooting with “exploding flour” is another good example: This has been done over and over again for years; sometimes better, sometimes worse.

But just a little while ago, Jay Philbrick shot a dancer with wings made out of flour. That was great, he had an idea, a finished thought.

You have to admit that this is significantly better than just throwing flour with no purpose.

What to do if the customer wishes so cliché-shoot?

This is a hard one to answer. On one hand every photographer is fighting for his existence. So it’s hard to say no to a customer. on the other, you should also think about where you want to go. Every decision you take should strengthen your brand, and take your vision further away. Even if there is a closer goal of paying bills, you should be aware of that. If all you shoot is clichés, you will quickly end up in the a certain bin and attract more cliché-wanting customers. The truth is that the high earning customers, and the good advertising agencies, are not those kind of customers. They are looking for original thought and original work. You will ahve to put yourself on the line with YOUR ideas.

But you can’t really turn down anything cliché that customers want. That would be stupid. What to do than?

“But I am not a creative man”

There are no creative and none-creative people. You have to “be creative” through learning to move away from the efficiency “I have so much to do” mood to “I play with my thoughts” mood. Both moods are important and you can (and should) learn to turn either of them on or off as needed.

The creative person can easily dance in this world of fantasy right off the bat. He can move to abstract thinking and stay there for a while.
The “non-creative person” is focused on purposeful thought process and getting things done.

There is a third category and this is where successful creatives belong. Where you can switch between the two worlds at will.

This theory is not mine, it comes from the talented John Cleese. There is an entertaining (though very thorough and informative) speech:

Where do you stand?

This video shows all the clichés of Instagram travel photos

« The Client Is Always Right, Even When They’re Not
Rumor Has It: There Will Be A 4K Canon 5D, It Will Be Named 5Dx »