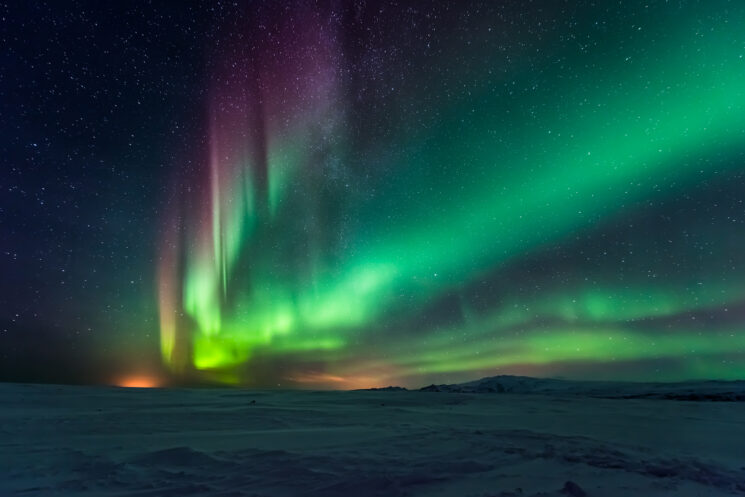 You have to be pretty lucky to capture the northern lights in the UK. But how lucky do you have to be to take a nap and wake up to images of aurora borealis on your camera? Believe it or not, this is exactly what happened to Chris Lowther from the UK.

Chris set everything up to take some photos of star trails during the night. He set a timer and took a nap, considering that it was late at night. When he checked the shots, a wonderful surprise was waiting for him: there weren’t only the stars, but his camera also captured the rare northern lights!

As he told the BBC, Chris took the shots on Monday at his home in Bulmer, North Yorkshire. He lives in an area with low light pollution, so it’s a great place to take some night sky shots. He said that he set the camera up at about 11 o’clock, knowing it was going to be a clear night after the rain. After setting everything up and turning the timer on, he went inside for a nap. He returned a couple of hours later, and the surprise was there. “I wasn’t expecting the Northern Lights,” Chris told the BBC. I mean, who would?!

“I knew about Jupiter, I got a couple of pictures of Jupiter but they weren’t very good,” the photographer said, referring to Jupiter’s current opposition. So, he went to sleep and woke up at around 2 am. He went outside to check the camera, and he saw bright pinks and greens in his photos. “I was about to pack in for the night but thought I’d just check before I switched the camera off and… wow,” the photographer said. “I stayed up until 4 am taking pictures,” he concluded.

This wasn’t only a rare opportunity to capture the colorful phenomenon in the UK. But I find it pretty amazing how everything turned out. I’m imagining Chris’ surprise as he discovered the images on his camera, and even I can feel the happiness. So even if he missed the show – at least his camera didn’t!

Photographer finds a bug in his lens. But will it show in the photos?