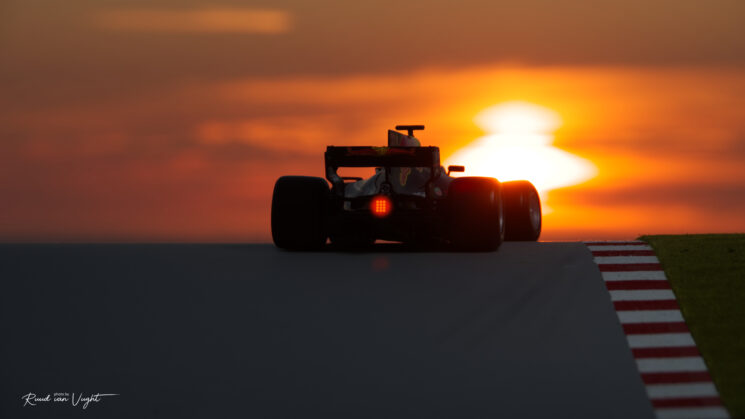 Over the last few years, I started watching Formula 1 races again, over a decade after I last saw it with dad. I started following several F1 photographers and drivers, and I truly enjoy the content related to this sport.

So, when I saw a photo from Dutch photographer Ruud Van Vught, it naturally caught my eye. It shows Max Verstappen’s Red Bull car in a sunset over Spa Francorchamps track. But then I read the description: it was actually a model car. I just had to reach out to Ruud and ask him how he did it, and he gladly shared it with DIYP.

Ruud lives in the Netherlands, near the city of Amsterdam. He is also located near the Circuit Zandvoort, the track that is finally back on the calendar after many years. Although active in the security systems business, Ruud has always been interested in photography, Formula 1, and race cars in general. And since last year, he decided to bring his hobbies together. He makes models and creates scenes, photographing car models in them.

“With my scenes, I try to make pictures as much as possible to reality,” Ruud tells DIYP. He does use Affinity and Photoshop, but he adds as little details in post as possible. For example, in the photo I liked so much, he only added a tail light, a few tire tracks (black lines) and the watermark.

This picture is a scale model 1:18 of the Formula 1 Red Bull RB 13 of Max Verstappen. What’s particularly interesting is that Ruud took the photo in Zandvoort beach, within only 1 km of the Circuit. However, his idea is based on another track: Spa Francorchamps in Belgium, where there is a part where race cars driving over a hill. “The color of the sunset gives the pic a beautiful ambiance and the silhouette of the RB13 is where your eyes being pulled to,” Ruud tells us. “Important, of course, was that you can see that it’s Red Bull.” As a Red Bull and Max Verstappen fan myself – I can’t argue with that. 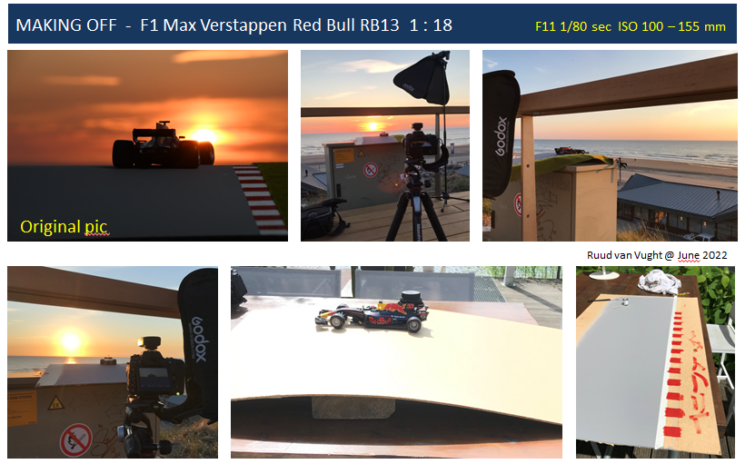 Ruud is currently working on a scene with two Formula 1 cars (scale 1:43) racing at Arie Luyendyk corner at Circuit Zandvoort. He will present us with a short video to show us how the set is prepared. And in the meantime, make sure to check out more of Ruud’s work on his website, Facebook, and Instagram.