If you ask me, few things can spark our creativity as limited resources can. Photographer from Kerala, India Mithun M Das’ gives us a perfect example of this. He took some really cool photos of 1970 Dodge Charger. But the trick is that they were all taken in his living room, with a toy car and scenes made from stuff he could find around him.

Perhaps you remember Mithun by a very cool couple photo made with a droplet, a paper cutout and a background on a computer screen. Or maybe you’re familiar with great macro photos he took using a modest kit lens. He always wants to show that we need to work with what we got, and his latest project is no different.

Mithun wanted to do something different from what we can see in many photography tutorials. “Almost every tutorial in YouTube on toy car photography uses softboxes, remote triggers, tripods, and the list goes on,” Mithun tells DIYP. “So I wanted to try and see if I could get decent photos without any of these accessories and by getting creative with ordinary things around us.”

As his main subject, Mithun used a 1:32 scale model of 1970 Dodge Charger. He tells me that it’s the one Dominic Toretto uses in the Fast and the Furious 1. I frankly don’t remember the movie at all, but the true fans among you probably do.

As for the background and the base, Mithun used two Thermocol sheets and a couple of books to support them. He used dirt and mud to create the ground, and the garage you’ll see in two of the images was made out of simple cardboard. Good ol’ wheat flour acted as the snow. Here’s one BTS video for you to see how it was done. I especially like the natural “smoke machine.” :)

“Most of the photos were shot at night, to avoid interference of natural light,” Mithun explains. He used a fluorescent tube as the light source for most of the photos most of them. As for the gear, the photos were shot on a Nikon D7200 paired with a Nikkor 50mm 1.4G and a Nikkor 18-140mm. Also, all of the scenes were built from scratch and there was no Photoshop involved.  Mithun only used Photoshop to add a background in some photos, as well as to add light to the headlights.

“What I’m trying to say is that everything you need is right around you. You just have to play with it,” Mithun wants you to know. He hopes that his photos will inspire at least a few of you out there to just experiment and work with what you’ve got.

Take a look at more photos below, and make sure to check out more of Mithun’s work on Instagram and Facebook. 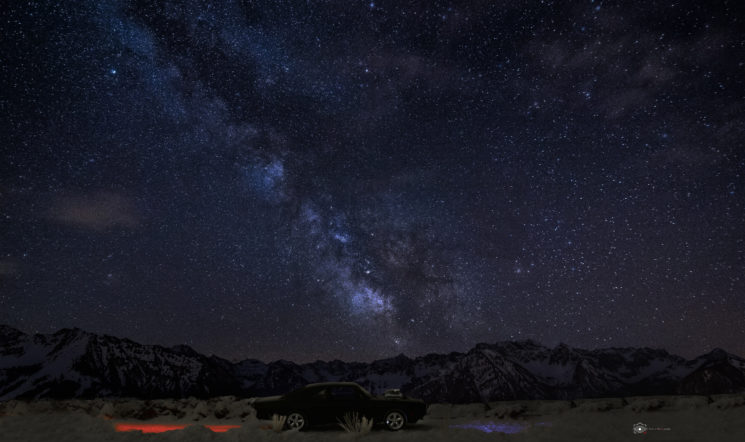