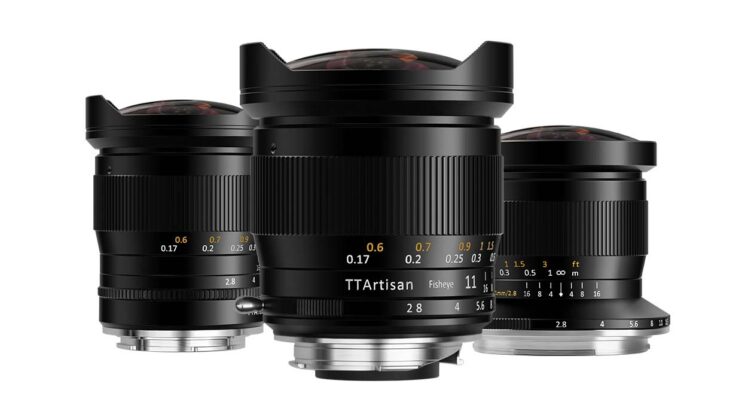 TTArtisan has announced a new 11mm f/2.8 Fisheye lens for full-frame Nikon F mount and Canon EF mount DSLRs. Yeah, I know, a DSLR lens in 2022! What are they thinking? Well, it looks like might be bringing out some dedicated mirrorless versions, too, although so far, it only appears to be Nikon F and Canon EF mount ones that are available – although they can be easily adapted!

The new lens offers a wide 180° field of view with an also wide f/2.8 aperture. It has a built-in lens hood and a minimum focus distance of only 17 centimetres. It contains 12 elements in 10 groups, including 4 high refractive index elements to help control distortion and spherical aberrations for improved sharpness. An extra-low dispersion element helps to reduce colour fringing and chromatic aberration. 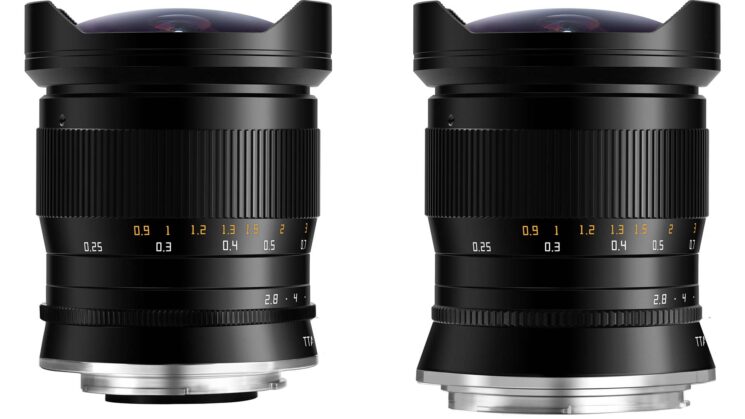 The lens features a dedicated aperture ring that ranges from f/2.8 to f/16. It’s a clicked aperture ring, which might upset some of the video guys, although you’re typically not moving from one extreme exposure to another with a fisheye lens, so it’s probably not going to be that big of a deal. Offering a wide 180° field of view, though, it opens up a few potential options for 180VR content with a pair of identical bodies and each utilising this lens. 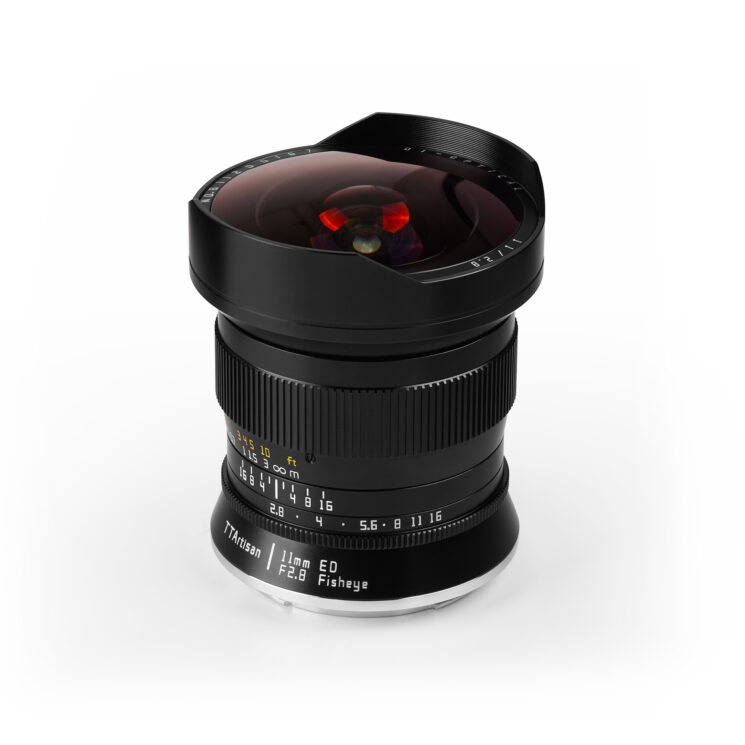 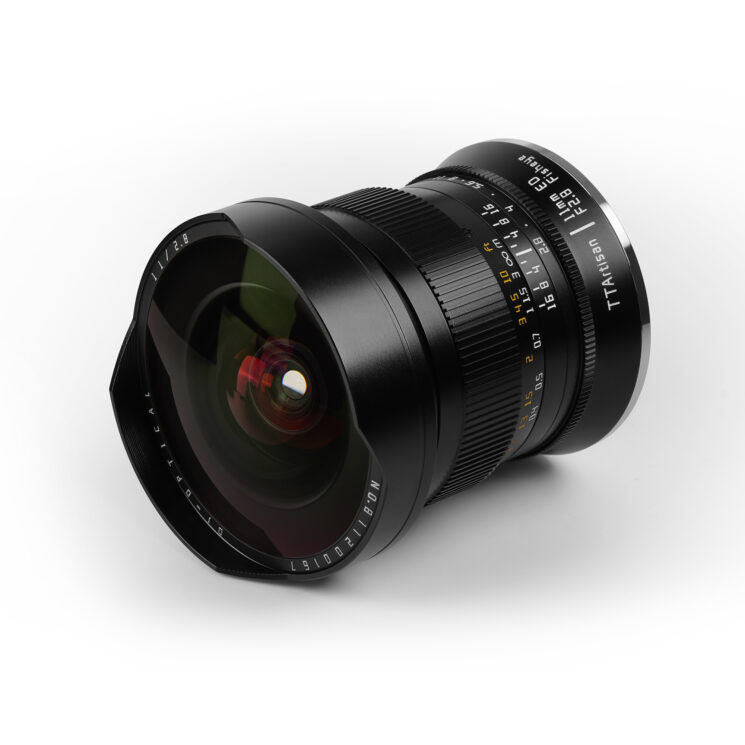 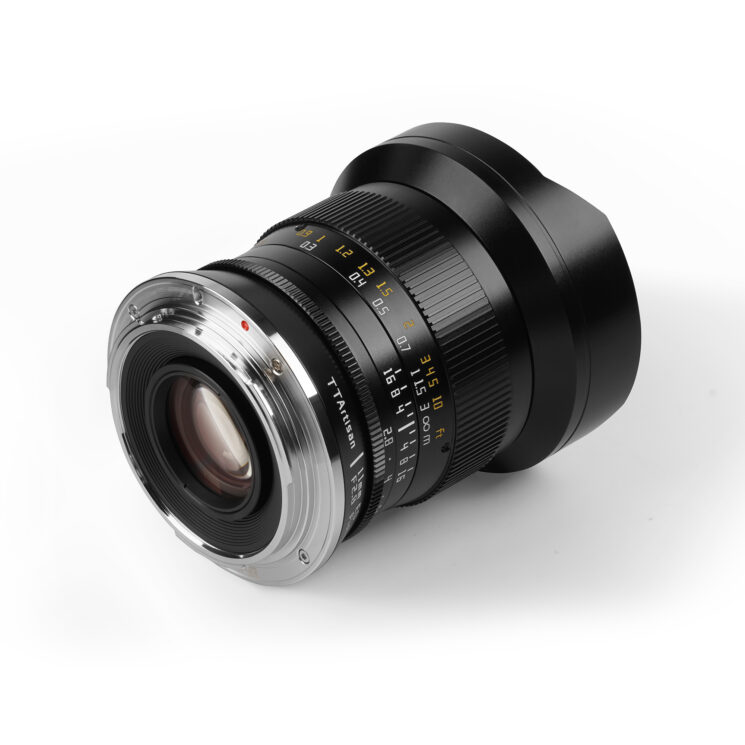 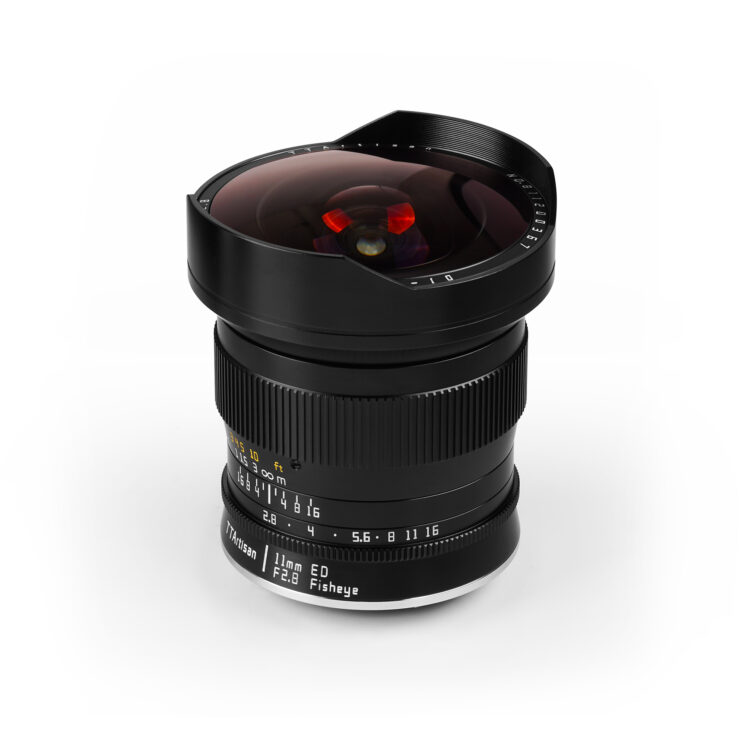 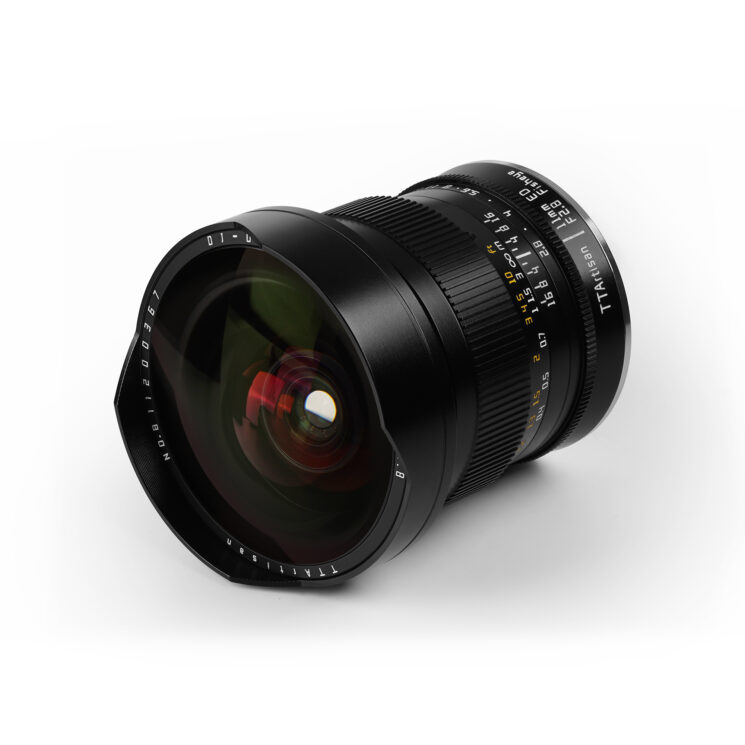 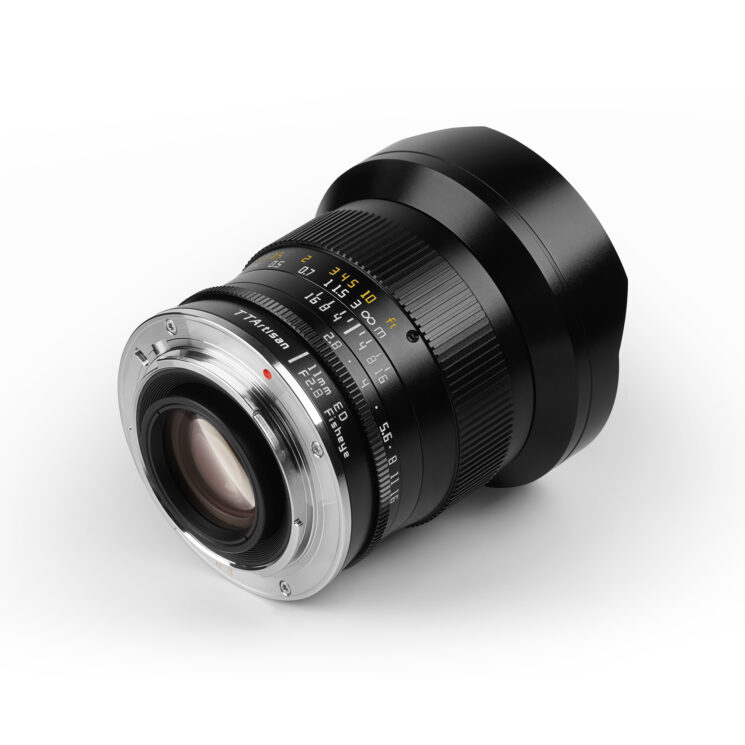 When adapted to full-frame mirrorless bodies, and TTArtisan shows it being adapted to plenty in the images below, it’ll still offer that same 180° field of view. Used on APS-C bodies, unless it’s with some kind of speed booster that retains the field of view, it’s naturally going to be cropped down a little smaller. The product page for the TTArtisan 11mm f/2.8 Fisheye does show a bunch of different lens models, as well as lenses mounted to the cameras directly without adapters, although so far, only the Canon EF and Nikon F mount versions appear to be available.

TTArtisan does mention Sony E-Mount, Canon RF mount, Leica L mount, Fuji GFX and Leica M, so there should be a few versions on the way. Personally, given that it’s a manual focus fisheye lens, I’d be tempted to grab the Nikon F or Canon EF version and adapt it anyway, but maybe that’s just me. I shoot Nikon F mount DSLRs for stills and Panasonic MFT for video. So, the F mount version would work for me on both systems. For you, it might be a different story.

If you only shoot one camera system and aren’t intending to switch to something that uses a different mount in the future, then it may be better to hold off and wait for your mount version to appear – assuming it’s a mount that’s in the above list.

The TTArtisan is available to buy now for $235 in Nikon F mount and Canon EF mount versions. Shipping is expected to begin in the next couple of weeks.