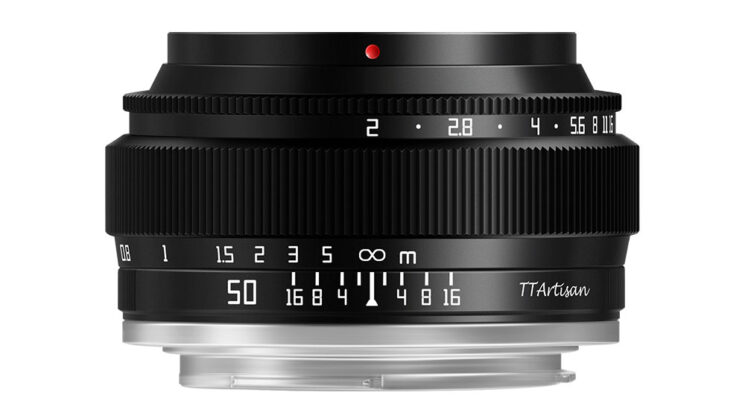 TTArtisan has today announced their newest lens, a very compact full-frame 50mm f/2 manual focus lens. It’s initially being launched in Nikon Z, Sony E, Fuji X and Micro Four Thirds mounts, with Canon RF, Canon EOS-M and Leica L mounts to follow. The compact lens measures only 34-38mm from the mount to the end of the lens and weights only 191-212g, making it a nice inconspicuous lens for things like street photography.

The new lens has a fairly bright maximum aperture of f/2 and a 10-blade diaphragm for smooth bokeh. 6 elements in 5 groups with two high refraction index elements help to control spherical aberrations and can focus on subjects as close as 50cm. It’s also a super-low-budget lens at a mere $79! 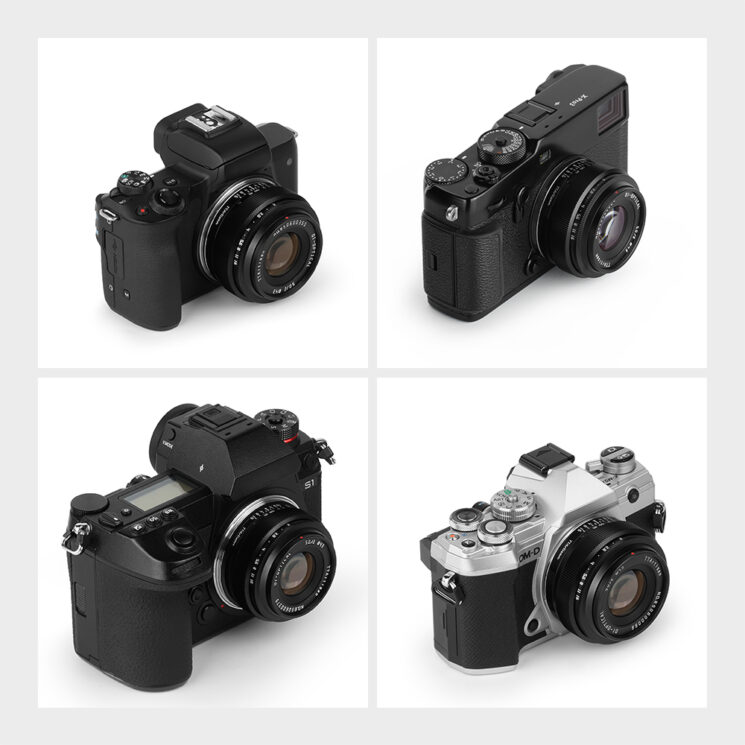 As a “standard” lens when used on a full-frame body, it’s suited to just about anything you might want to photograph. When used on an APS-C body, it has a field of view equivalent to something more like a 75-80mm lens on full-frame (or ~100mm when used on MFT) making it ideal for subjects such as portraits, too. And because it’s such a compact lens, it’s not going to be all that intimidating if you fancy heading out to shoot street portraits of random strangers. 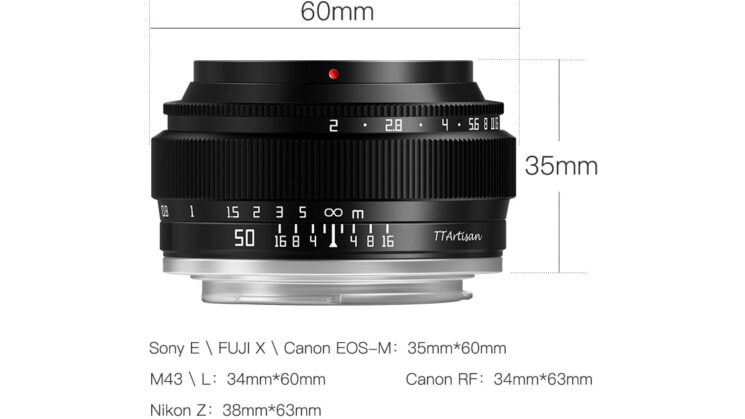