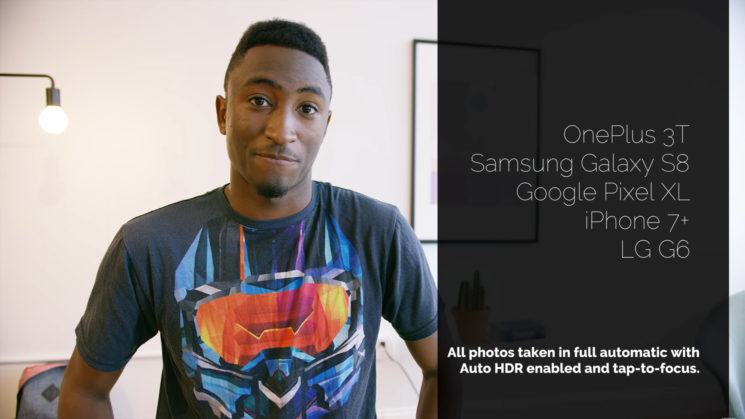 I first watched this video without any real expectations. For me, my phone’s camera is just something I use for Instagram and location scouting. I’m rarely looking to produce anything meaningful with it. But, if I can get decent quality out of it, then I would like to. I have been doing a bit more video with my phone recently, though. So, it’s started to become a factor.

In this blind test from Marques Brownlee, the top five of the current crop of smartphones are put to the test. But it’s not a regular blind test. As well as not telling you what phone shot each photo, we don’t even know what phones were used until the very end. Although, those who keep up-to-date on the latest phone tech could probably make a good guess. But which is your favourite? Did your result surprise you?

Marques shoots the same photo with each of the five devices. The only thing that changes is the phone itself. Each of the complete images are then presented in turn. Then a comparison showing a crop from each of them side-by-side.

All five cameras do pretty well in terms of overall image appearance. They’re relatively sharp, depth of field (where applicable) is quite similar, and more than enough for most quick snaps. The biggest differences are the colour temperature and level of contrast.

The first comparison pretty much sold me on one phone right away. All but one of the phones shows moiré. Some more than others. And I don’t really consider this to be “pixel peeping”, because you can see it just viewing the image at regular size. You don’t need to zoom in to 800% or test in a lab for it to be obvious. 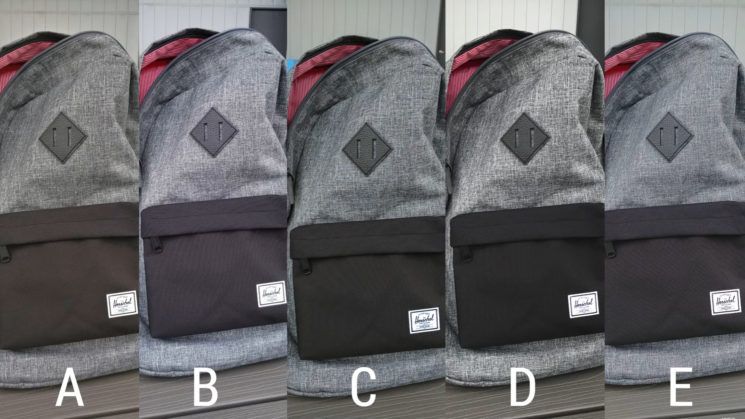 For me, moiré an instant turn off. Everything else doesn’t really matter if it’s obvious. Sure, there’s ways to deal with it in software, to help reduce the effect, but I really don’t want to have to do that. A couple of the other phones don’t show it too terribly, but it’s still there.

The differences with the second test are a little less obvious. For the most part, they all have fairly similar colour and contrast, except for one, which is noticeably cooler than the others. After seeing this comparison, I stuck with my original choice. There just wasn’t enough in it to sway me. 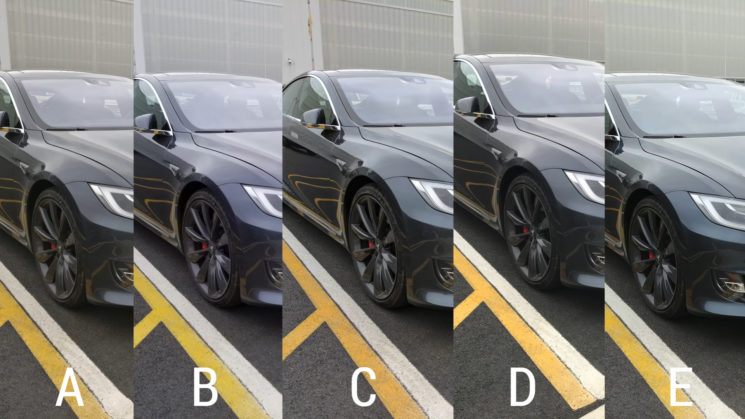 The third test is going to be a big one for many. They want to use their phone’s camera to photograph friends and family. Perhaps it’s a day out, or a family gathering. Whatever the reason, people play a big part in our mobile photos. Especially for sharing to social media.

Here’s where you start to see quite a bit of difference between them. The skintones appear differently, as well as the overall colour temperature. The most obvious issue is how well they handle very saturated colours, in this case, the red t-shirt. I actually went with a different phone for this test. 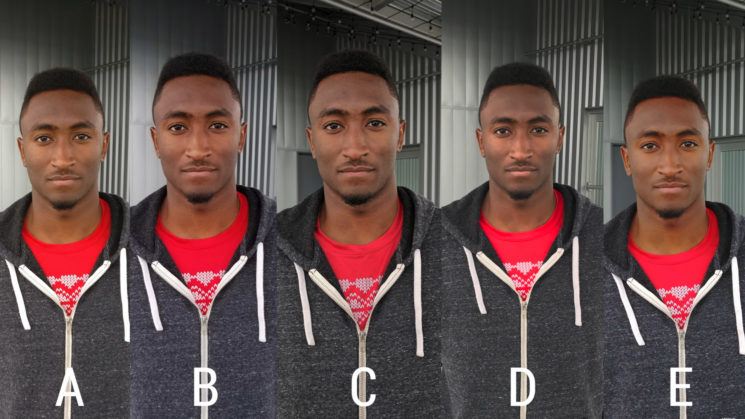 Phone camera test number shows off the depth of field when focusing on something quite close. They’re all pretty similar, although there are some subtle differences. This is more a personal preference thing. Personally, I’d be reasonably happy with any of them in this comparison. 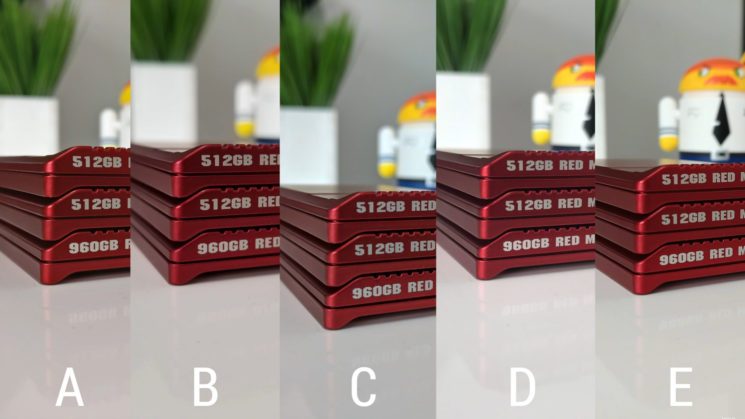 Test number five goes back to portraits. This time in front of a brick wall to highlight the differences in contrast and colour. My favourite is still leading here, although the one I picked in the previous portrait comparison also stands out to me here. 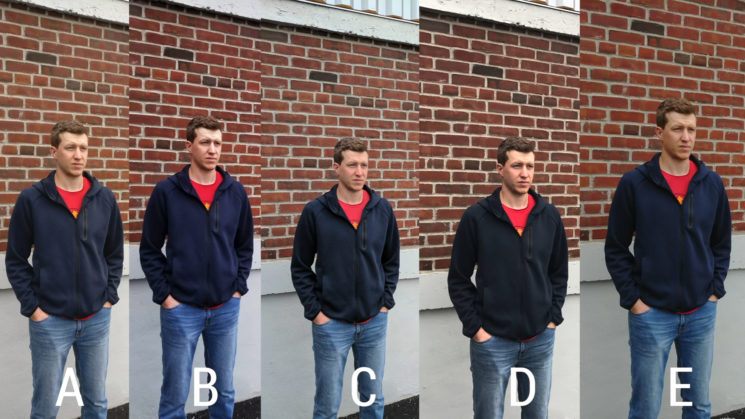 Next up is a low light test. Here, Groot poses in the shade. Low light performance isn’t a huge deal for me in a phone camera, really. But I was surprised at just how well all five of them seem to handle it. 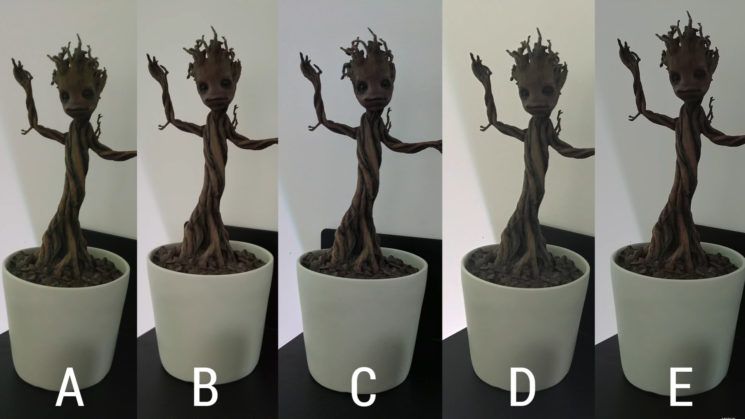 Now it’s time for the landscape test. Or, well, more of a cityscape in this case. As you can see, the weather isn’t really ideal, certainly not enough to fully test each of the phones’ dynamic range. But you can see some pretty drastic colour and contrast differences between them. 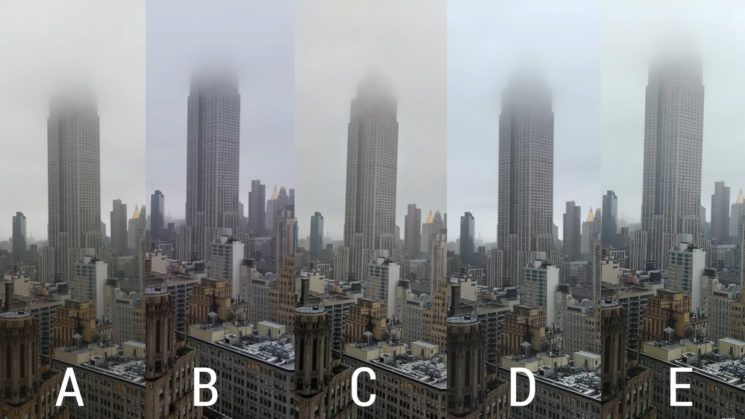 Finally, we do see a fairly decent dynamic range test. Shooting inside a car’s dark interior, with the sky reflected in the wing mirror is a great way to show both extremes. While the end comparison doesn’t show the mirror, you can see the obvious differences when viewing each of the individual full size shots. 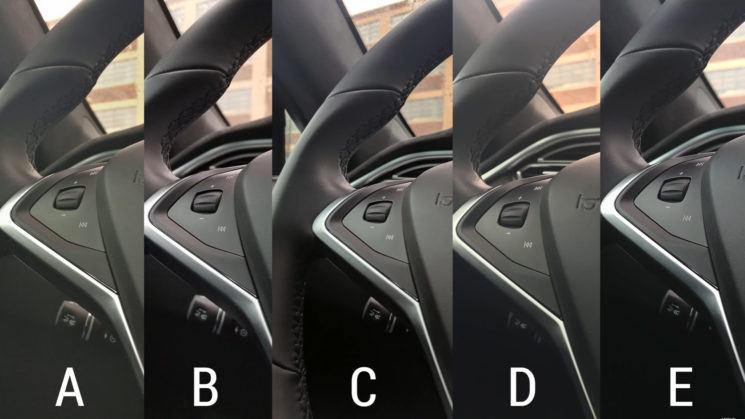 I went with my original choice, again. But what do each of those letters relate to? What are each of these phones and which one shot which image?

I was very surprised at my own result. The winner for me was the OnePlus 3T, with the Google Pixel XL coming in a close second. Of course, the results are based on the phones default automatic camera app settings. For Marques, the Google Pixel XL was his favourite.

All of the above phones do have apps available to provide full manual control, though, if desired. They can also all shoot raw files. So, I would be curious to see more comparisons between them when control is handed over to the user. The differences then may not be so apparent.

My contract’s still a few months off renewal, but I as I said, I have already begun to wonder what I’ll get next. I’m pretty comfortable and happy with both iOS and Android. I’ve owned both over the last decade or so. So, I’m not really allegiant to either, really.

I thought my decision was fairly set, but this comparison has made me rethink things a little. How about you?

How far has “Portrait Mode” come and can it compete with a Hasselblad X1D?

This is my favourite $1 lighting modifier