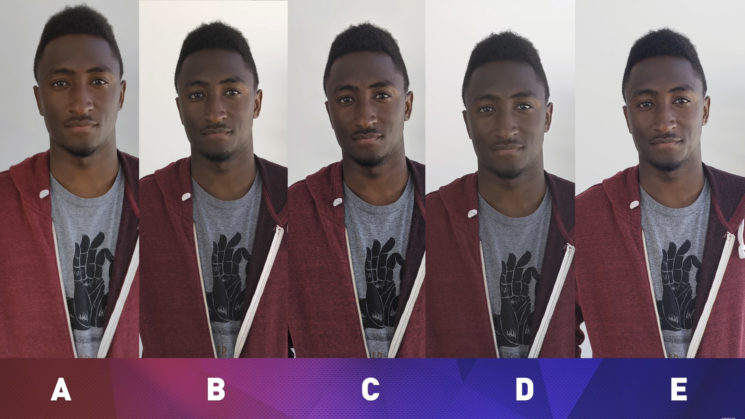 At the high end, smartphone cameras get better and better with each new release. It’s almost as if every time a new one hits the streets, DxO Mark declares another new “World’s best” smartphone camera. So Marques Brownlee put five of the best head-to-head in this blind test, for us to determine the winner.

The phones compared in this video are the iPhone X, Huawei P20 Pro, OnePlus 6, Pixel 2 XL and Galaxy S9+, all of which have very highly rated cameras. They’re tested in a bunch of different settings with different subjects.

Marques did a number of tests in different environments to see how well each phone handled. In each shot, the phone was the same distance from the subject, the tap-to-focus was on the same point, and in some scenes the results are quite different, while in others they’re fairly similar.

Take this fire hydrant, for example. You can see that some phones present a much warmer or cooler tone than others. There are also differences in exposure and saturation, too. 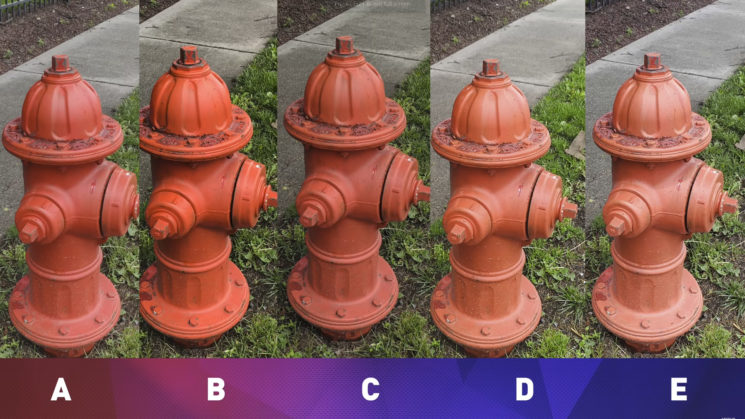 Ok, so it’s a fairly mundane scene, but it serves the purpose. Which of these is “better” than the others is largely going to be subjective, and Marques states a couple of times in the video, that you could make pretty much any phone look like any other phone with a little post-processing.

Going out on an overcast day, showed the least difference between all of the cameras. The only one with a really noticeable difference is whatever “B” is. 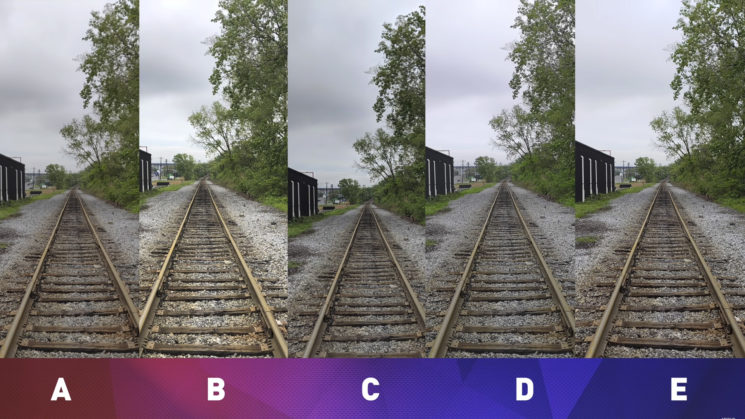 But colour, contrast, exposure and saturation wasn’t all that Marques wanted to look at. He also wanted to check out the physical features of each phone’s camera, too. Like the natural depth of field (not the fake portrait mode stuff) when focusing closely on subjects. 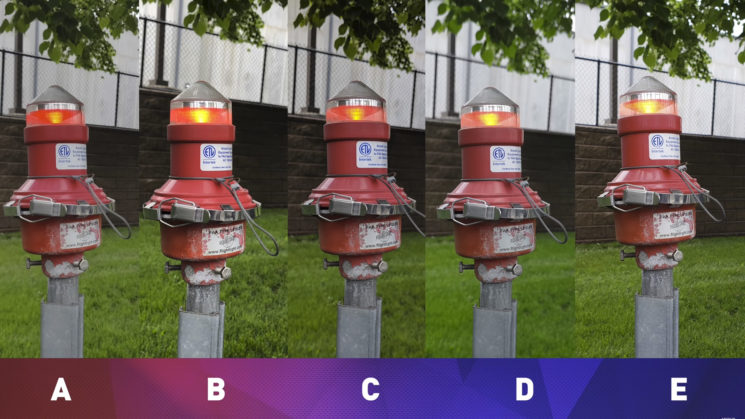 It’s difficult to really say which is “best” or to even suggest that there is a “best”, as something like this is really all a matter of personal taste. But, personally, I quite like “C” here. “A” and “C” seem to be a hit with this subject, too. Look at his smile! Of course, this is a detail comparison. But there are also obvious differences here in the contrast, white balance and saturation. 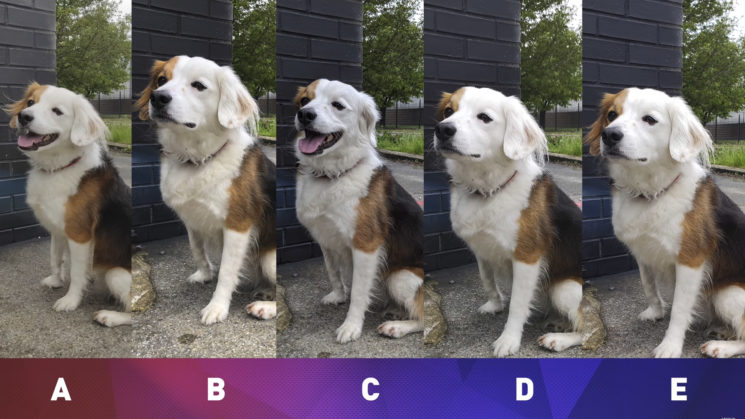 If you’re thinking of upgrading a phone, or want to feel better about the phone choice you’ve already made, then it’s worth checking out the comparison. Some of the results are quite interesting and show, at least to me, that there isn’t one clear winner. For some things, one phone is definitely “better” (completely subjective opinion) than another.

So, which of the pics is which phone? Marques provides the list and lets you know his preferences at the end.

Were you surprised? Do you own one of these phones? Did it do better than you expected? Or are you wishing you’d gone a different way?

The top 5 smartphone cameras compete in this blind test – which is your favourite?