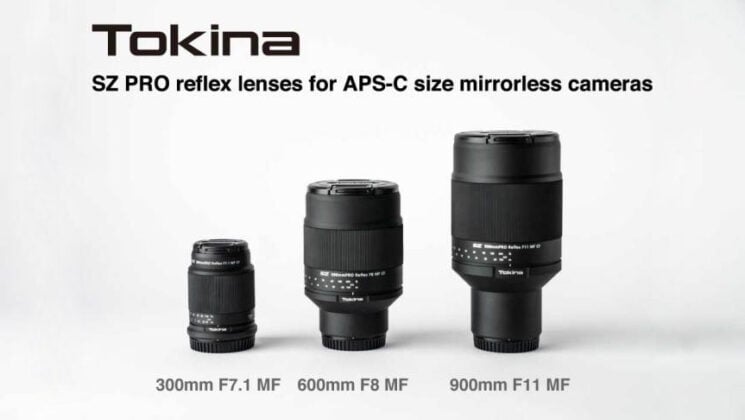 Tokina has now fully unveiled the new 300mm f/7.1, 600mm f/8 and 900mm f/11 lenses announced a couple of weeks ago. The trio of lenses is now available to back on Indiegogo and the specs and prices don’t look too bad. The lenses are a somewhat new take on the old mirror reflex lens format, designed specifically for APS-C mirrorless allowing them to be extremely small for their long focal lengths.

They’re not available in a wide range of mounts, and I hope more will be coming in the future, but for now, it’s Sony E, Fuji X and Canon EF-M. That last one is an odd choice given that EF-M is essentially a dead system now. Given that they’re manual focus lenses, hopefully, we’ll see it coming for Canon RF and Nikon Z at some point (and maybe even Micro Four Thirds).

The key selling points of these lenses are the fact that they’re so small and lightweight. And, well, given their focal lengths, even when compared to previous generations of mirror reflex lenses, they certainly are. Tokina says they have great suppression of chromatic aberration with low levels of flare and ghosting. And while they’re not going to replace long, fast and expensive glass for many sports and wildlife shooters, they present a decently priced option for the rest of us.

The lenses feature integrated mounts, so you can’t swap them from one camera system to another. And as they’re already mirrorless mounts, adapting them to other systems – as you could with DSLR lenses with longer flanger distances – isn’t really possible. They offer a focus ring throw of 270°, meaning they should offer some pretty precise focus control for both stills and video and they naturally offer the typical “donut bokeh” associated with mirror reflex lenses.

Tokina says they specifically went with mirror lenses due to the fact that most existing mirror reflex lenses on the market were designed for DSLRs. They were designed for the resolution of film and early DSLRs. But they say that technology has come a long way since then and that mirror lenses needed to evolve to take advantage of the quality cameras offer today. The lens technology itself, they said, needed to be renewed. 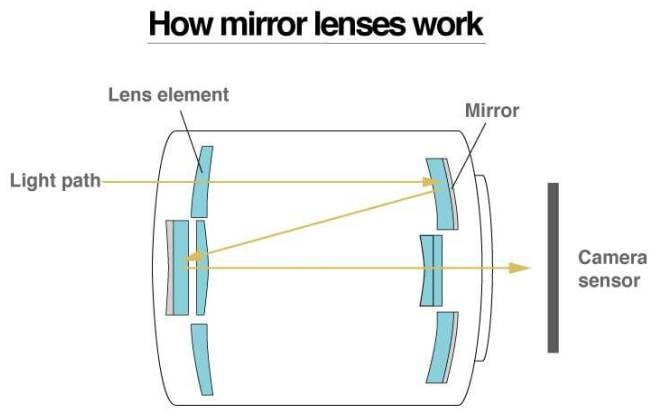 The reduced number of elements in these lenses compared to the often high quantity found in more traditional super telephoto lenses, Tokina says, means that mirror lenses have better control over things like chromatic aberration. The disadvantage of mirror lenses, of course, is that they typically have slow, fixed apertures and these are no exception. The 300mm, 600mm and 900mm lenses have apertures of f/7.1, f/8 and f/11 respectively and you can’t adjust them. You can’t stop down. Of course, they’re pretty slow apertures anyway, so you likely wouldn’t need to.

The donut bokeh inherent in mirror reflex lenses, due to the covered mirror in the centre of the front of the lens, is a desirable quality in these types of lenses to many. But for others, it’s a very undesirable and distracting trait, especially if you shoot sports or wildlife. Which is better or worse really is subjective and depends entirely on what you shot and your intended final use of the images. 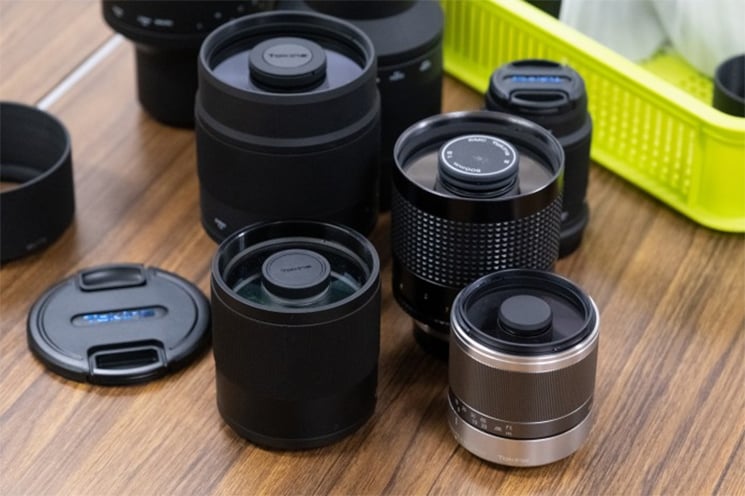 Tokina’s latest offerings do look to be among the better mirror reflex lenses available today when it comes to image quality. They still wouldn’t compete with something like the Canon RF 800mm f/5.6L IS USM, but that’s why these lenses don’t cost $17,000. They’re not competition. They’re to let those who’d never otherwise be able to afford a super long lens get their hands on one.

« Sigma full-frame Foveon still delayed but it may come with phase detection autofocus
Are your RED Komodo REDVOLT BP or other batteries not charging? Here’s how to fix it »