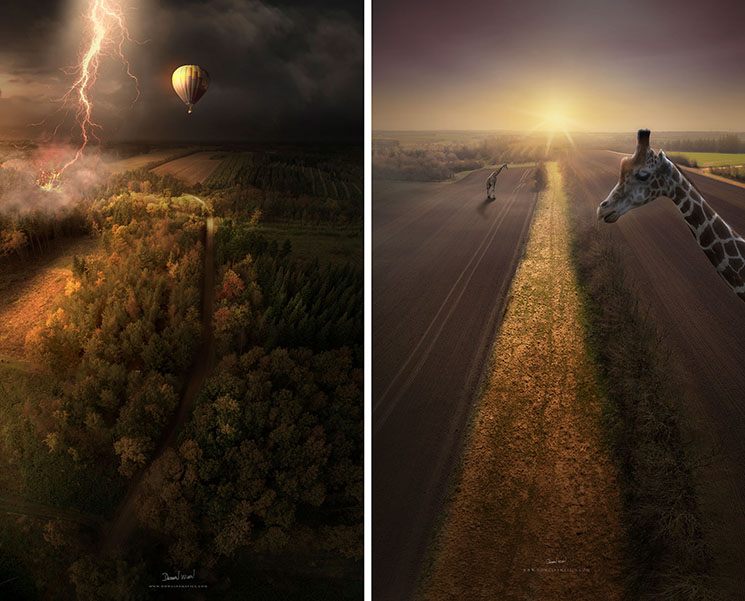 Being able to turn your vivid imagination into art is not an easy task. It takes skill, time, and of course – the imagination, of course, above all else.

Photographer Darren Wilden is an imaginative artist, passionate about flying a drone and working in Photoshop. He brought his two passions together in a magnificent series of images. Darren takes aerial shots, and then turns them into creations that look like they came straight out of a dream. In his artistic world, anything is possible, and his imagination seems like it has no limits. 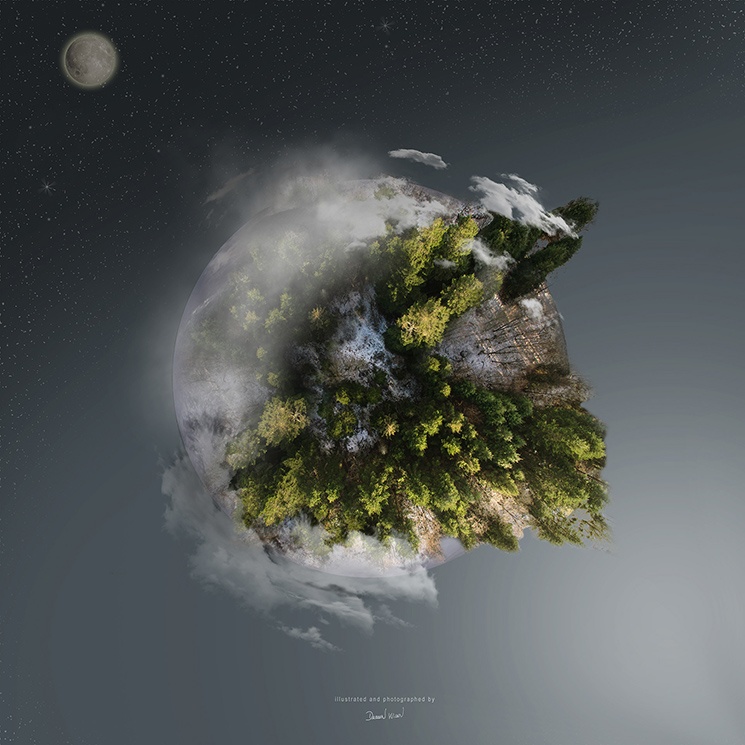 Darren has worked with Photoshop for more than 20 years. Even though he has experience in other programs, Photoshop remains his favorite tool. About ten years ago, he became fascinated with photography. It started with entering the world of macro, but after some time – his fascination turned to aerial perspective.

Despite the legal regulations about drones, for Darren, flying them gives him a sense of freedom. He uses his faithful DJI Phantom 3, and all the photos you see were taken with this drone. I asked Darren if there’s anything else in addition to the DJI Phantom 3, and how his workflow looks like. Here’s what he said:

When I shoot aerial photos I always use my trusted companion the Phantom 3 Professional. It’s been with me for two years now, and it’s like we have a certain kind of bond. I know there is better and more advanced equipment out there, such as the Phantom 4 or the Inspire from DJI, but as an artist you tend to bond with what you enjoy working with. It has never failed me, and I have a feeling the Phantom 3 and I will continue to do a lot more artwork together, until an upgrade is needed. Having said that, the Phantom 3 will always stay with me, as this is where all my aerial illustrations started.

I do use a handheld camera for my compositing work, when I combine the aerial view with certain people, animals, or objects from the ground. Even my mobile phone does the trick, so you really do not need any fancy equipment to do composite work.

I stock all my photos onto a hard drive and use them when I get an idea I really want to work on, so I can combine them with an aerial photo. 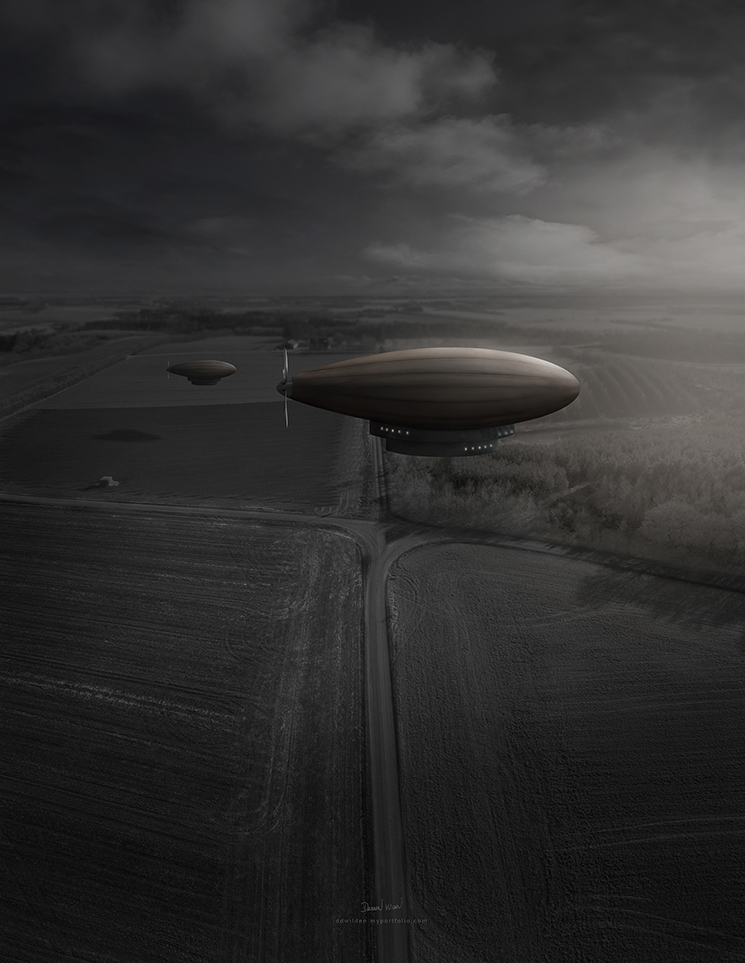 Other than Darren’s photos, I also find his attitude towards gear very inspiring. I agree with him concerning the bond you form with the gear, as I can relate to that. And I believe it can be inspiring to see that you really don’t need fancy gear to make awesome composites.

I was curious to know what inspires Darren for his work. Looking at his composites really made me believe that his imagination is limitless. And considering that he drives inspiration from his inner child, I believe my assumption wasn’t far from the truth:

The mind is my inspiration. When I take a photo, I take a photo I can play with. As a child I really had to use my imagination and fantasies to create the world of play. There were no computers and no internet, when you wanted to play you had to imagine it. I never wanted to let that go, as it is one of the biggest gift which is given to all of us, so I guess you can say I am still playing in my world of imagination. We live in a world that keeps moving faster and expectations continues to grow, and I find it relaxing to step out of the main stream as often as I can, and let my inner child come to life. I have a three year old daughter who inspires me a lot. Every night when we clean up all the toys laying around the house, I always see her world of imagination, the things she must have imagined when she was playing, and that makes me thankful that I never gave up on my childhood gift. We all have it in us, but as an adult some have just forgotten all about playing. My biggest advice for those who want to work as an artist, never give up on your childhood fantasies, allow yourself to imagine and play. 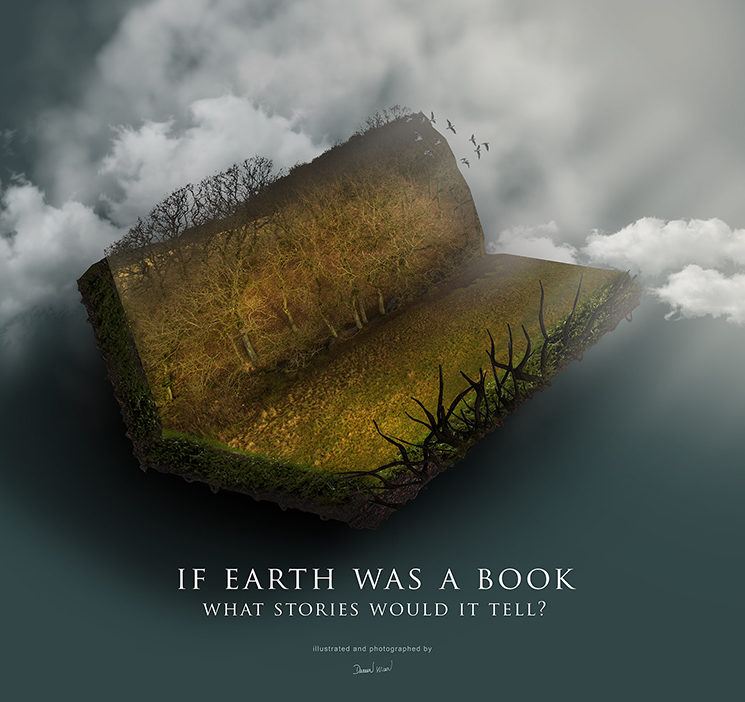 Darren’s composites are very detailed, and you can tell that he does all the work very meticulously. An art piece like this can take anything from an hour to a whole day. Darren’s standards are very high, as he wants the details to be as accurate as possible to bring the audience into the zone of imagination, and allow them to escape reality, even it is just for a few seconds. Apart from the subjects of the photos, details are among the most noticeable things.

The artist points out that the highlights, the shading, and how the light is mixed into the photo will fascinate most of us. His advice to all of those who want to make this kind of artwork is: When you start on an art piece, take it step by step and be patient, allow yourself to take whatever time is needed, and never rush it. Most importantly, never give up! 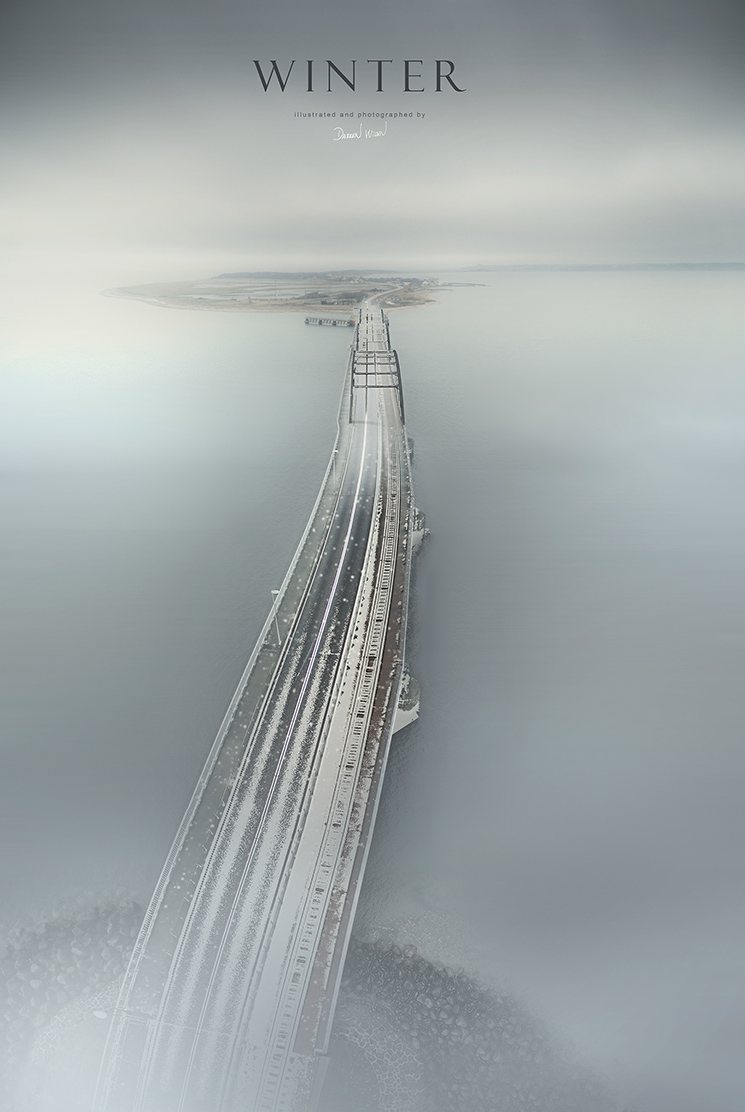 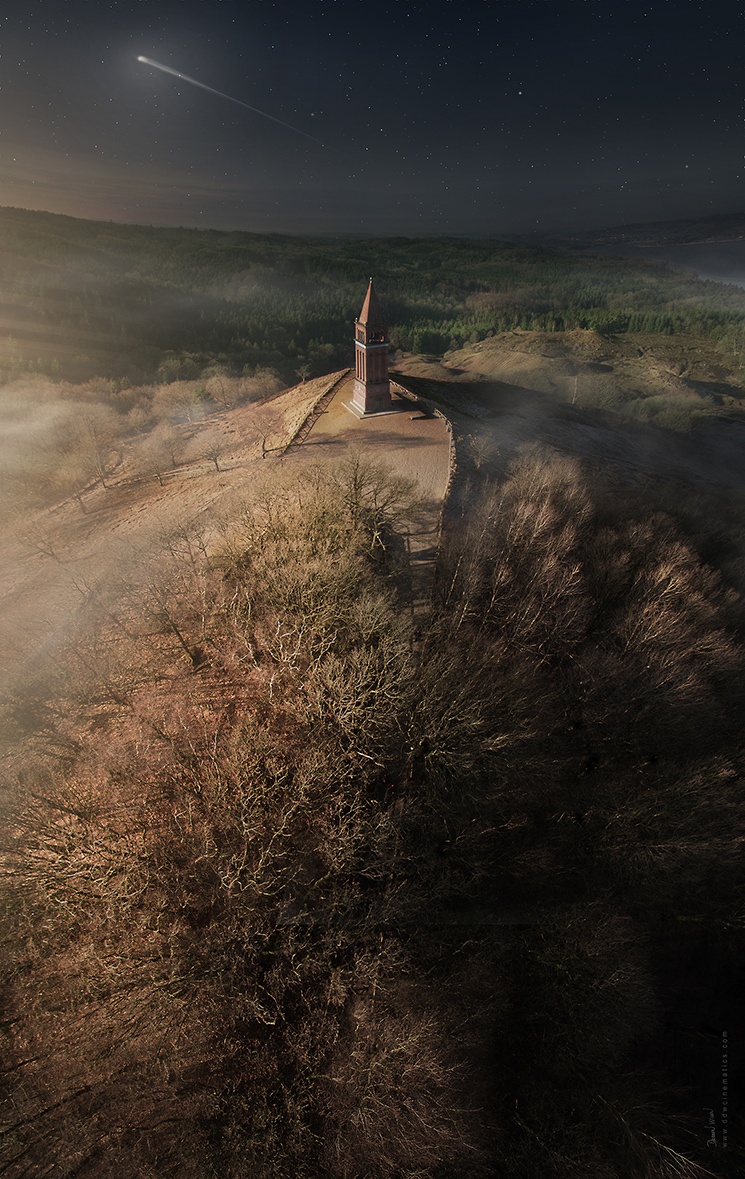 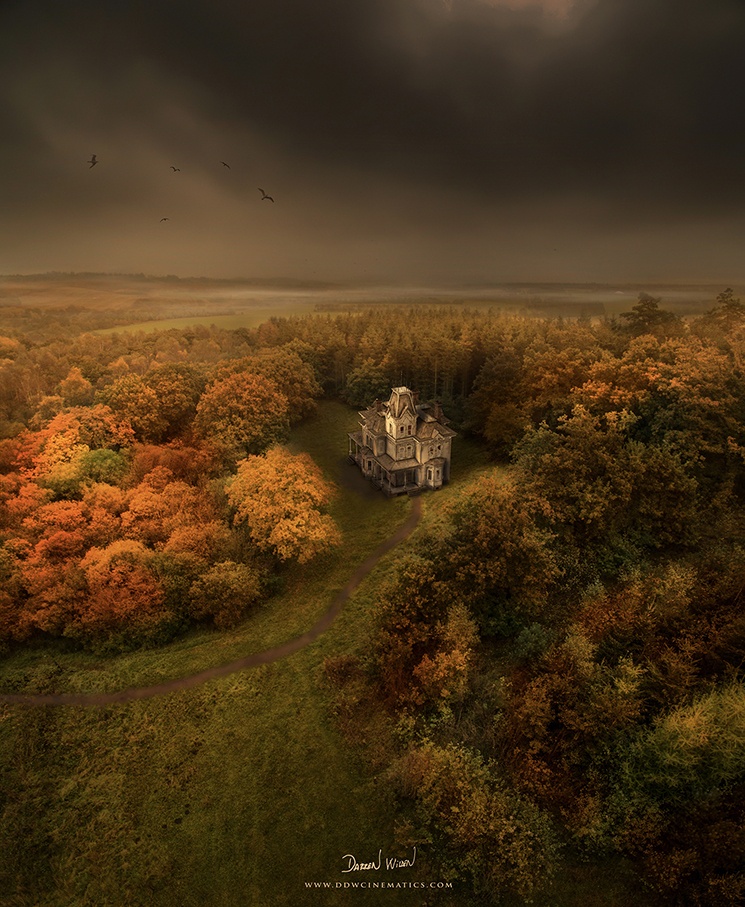 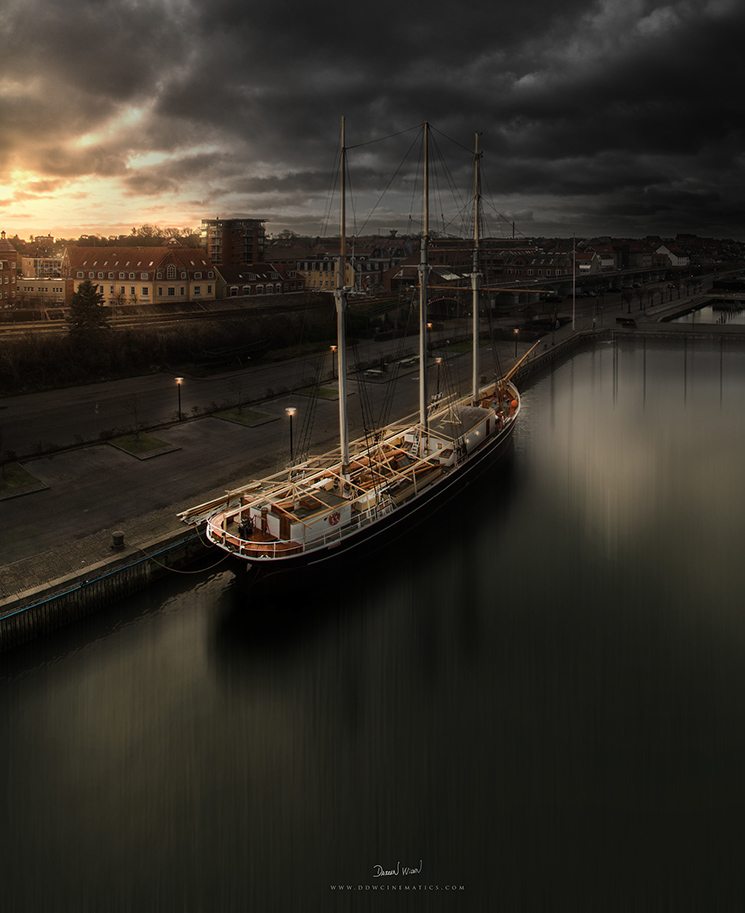 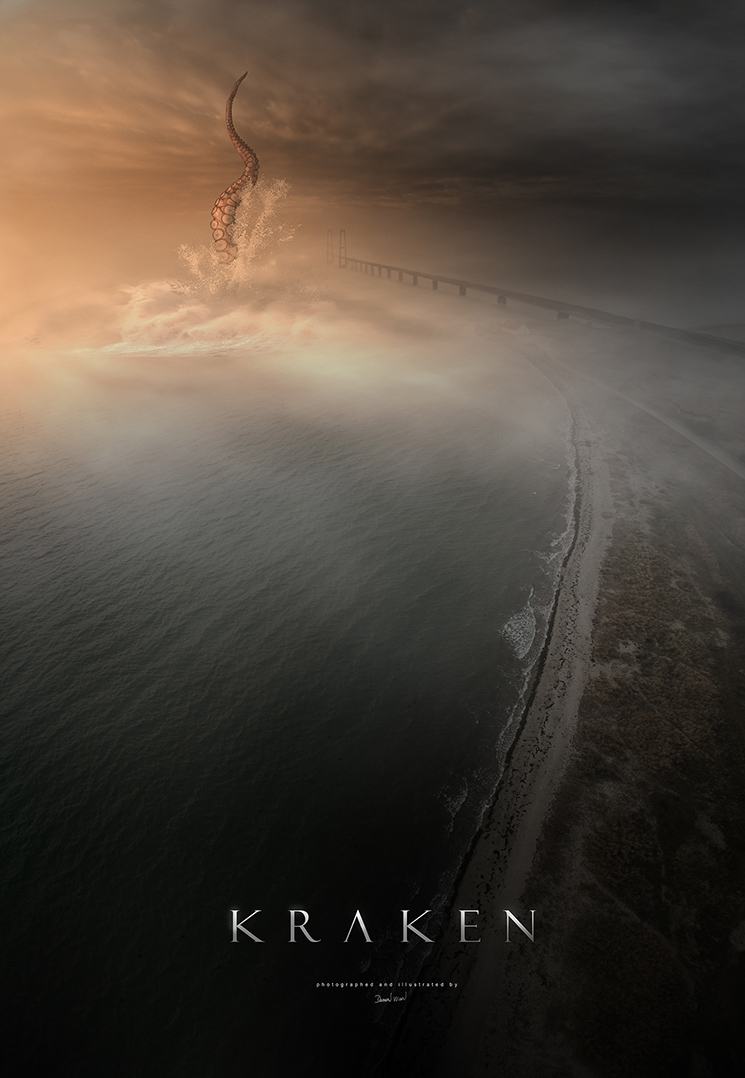 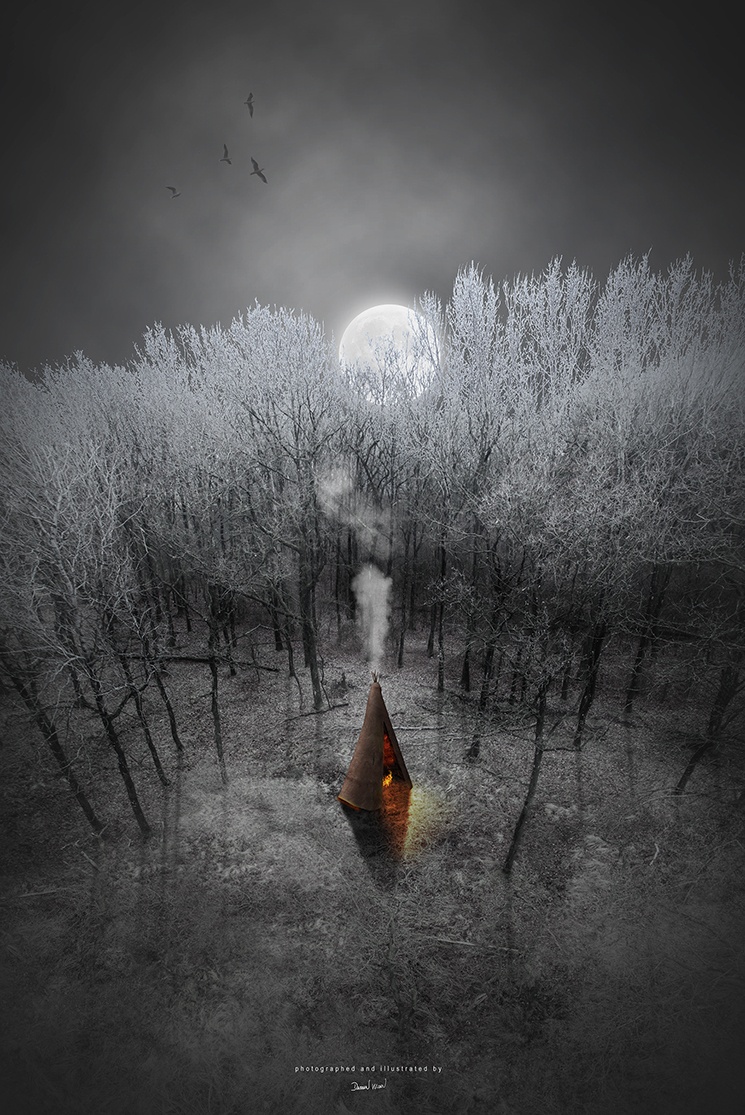 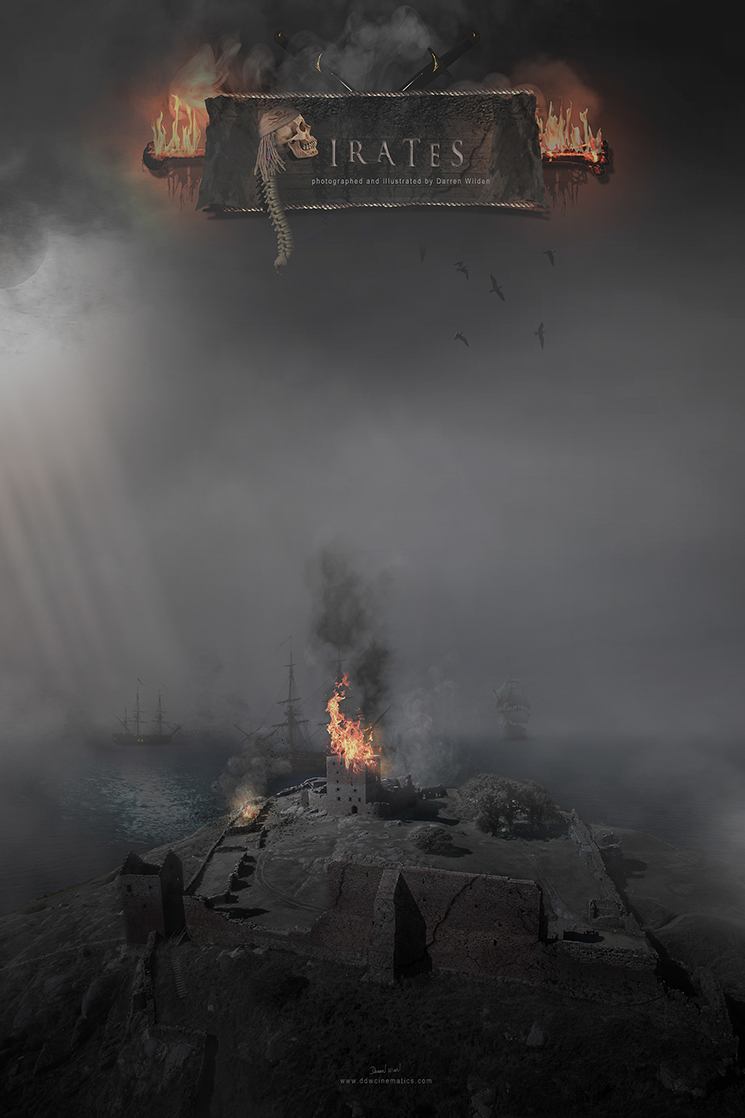 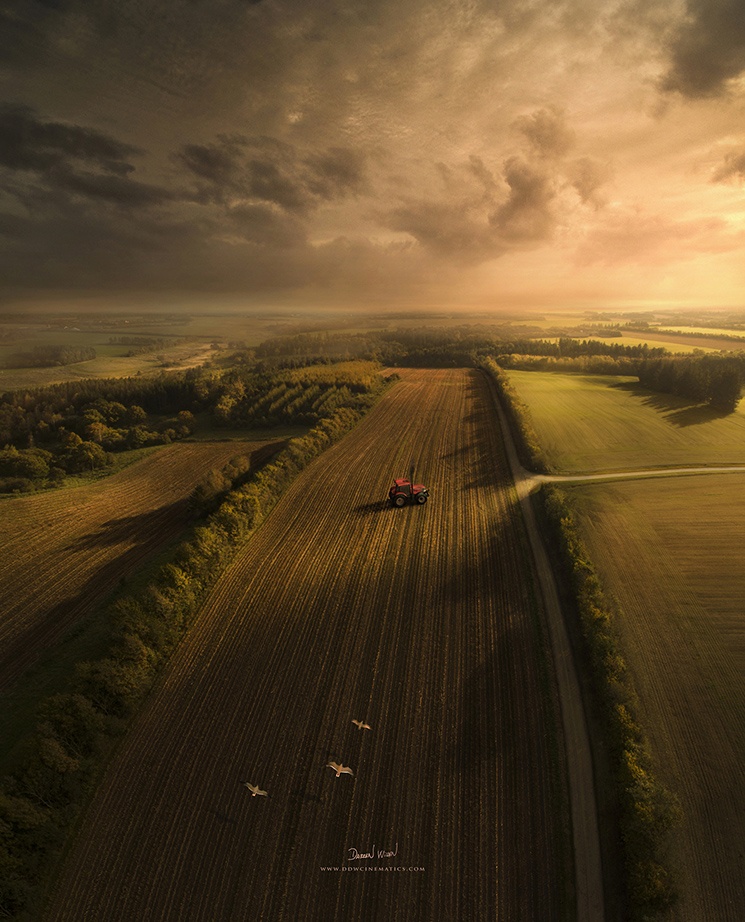 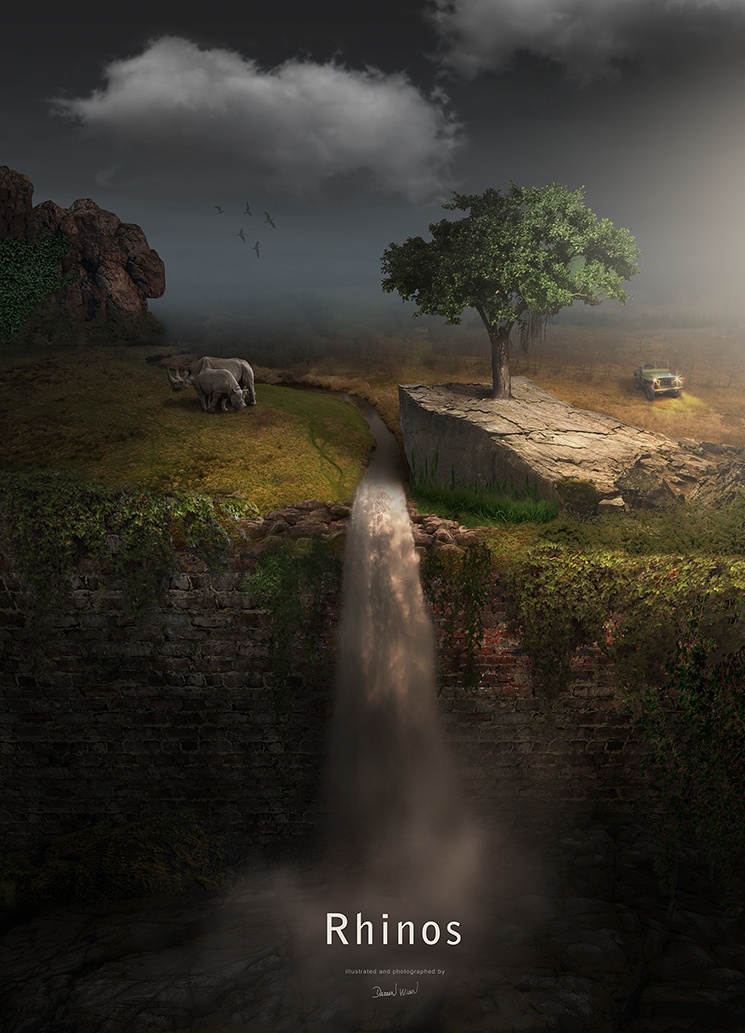 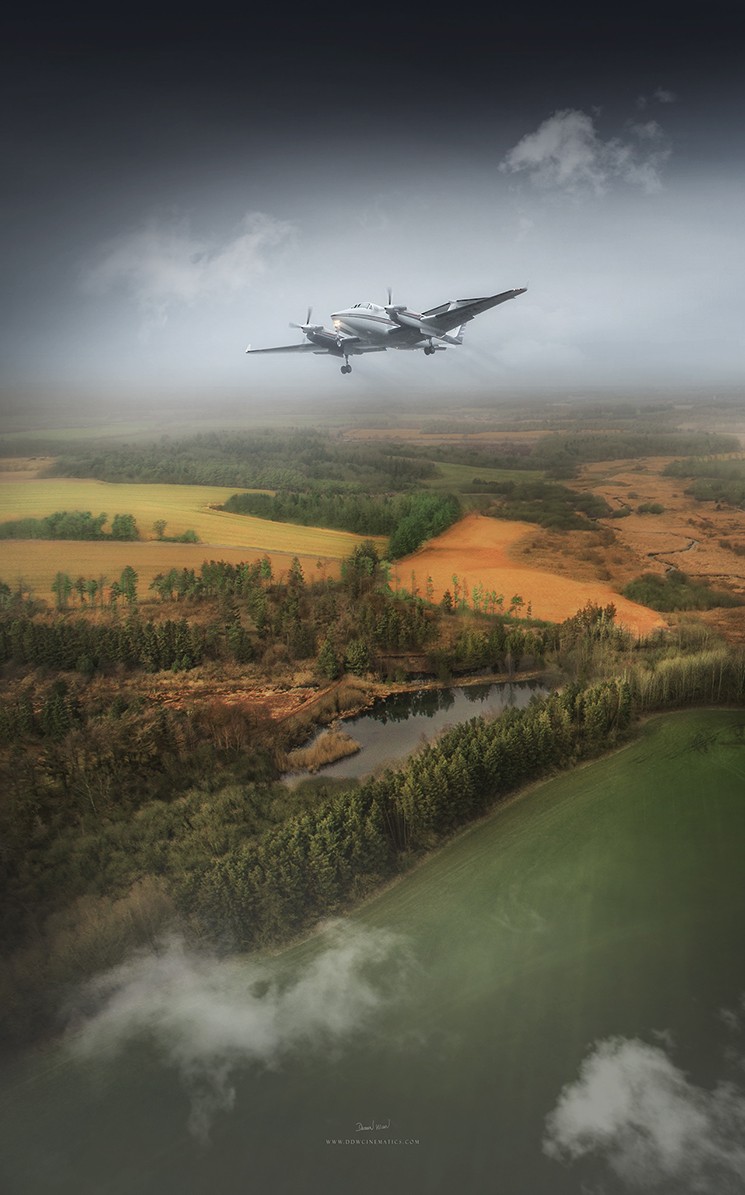 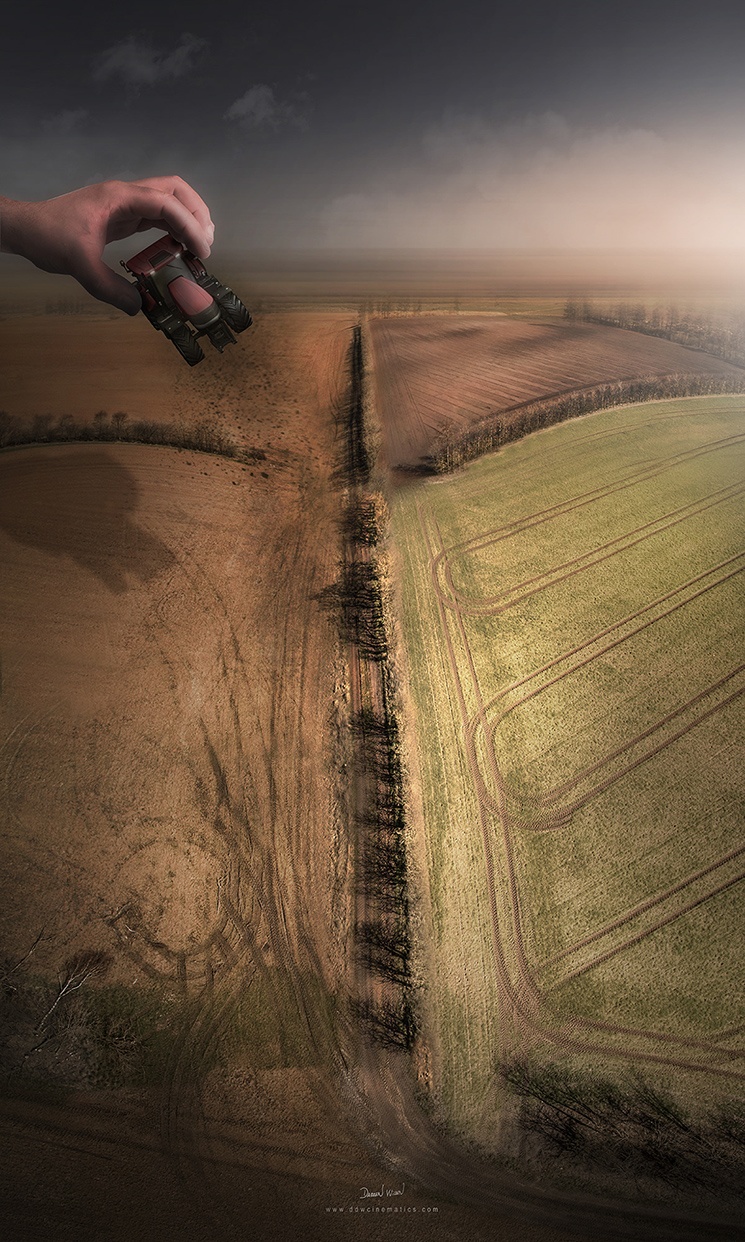 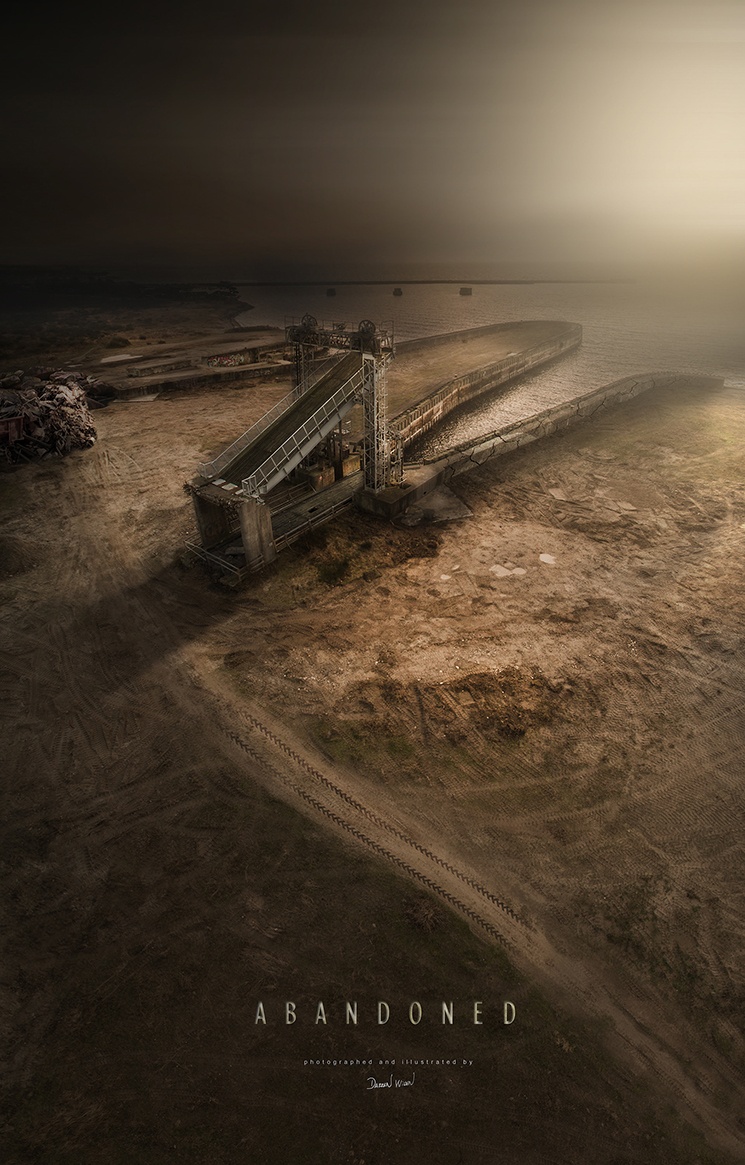 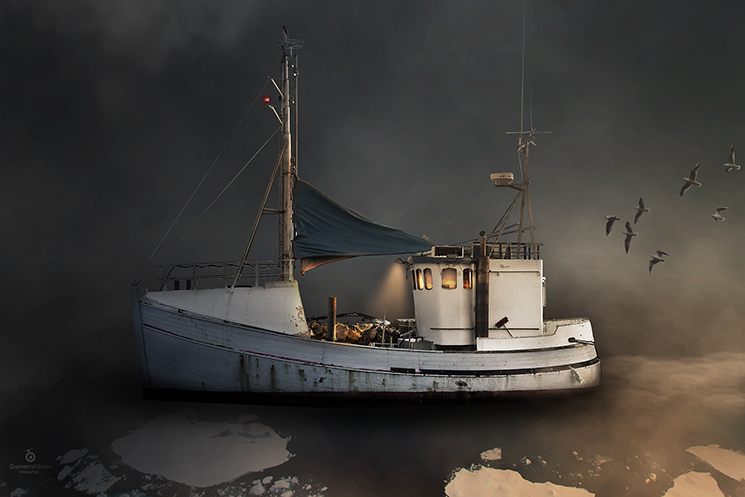 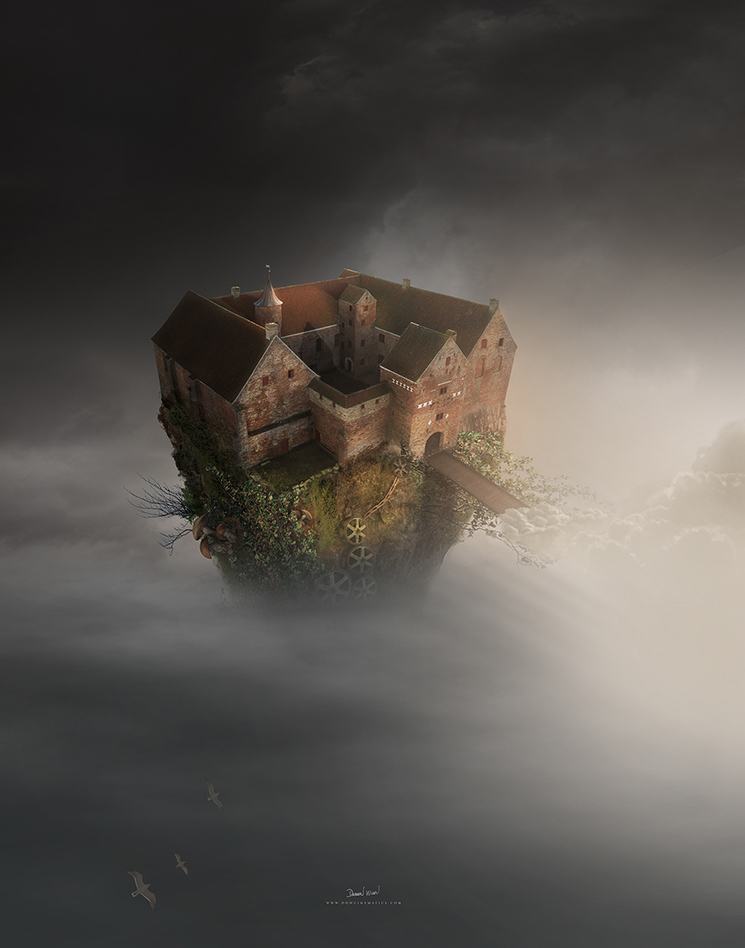 I really enjoyed Darren’s series of composites, and I was in a huge dilemma – which ones should I choose? It was a difficult choice, but I had to make it. And you feel free to visit Darren’s website for more of his aerial and other photos, there are plenty more great images to see.

Darren Wilden is an artist and photographer, mainly doing concept art and design. Some of his art is a part of his job, and some of it is his interest and passion for art.