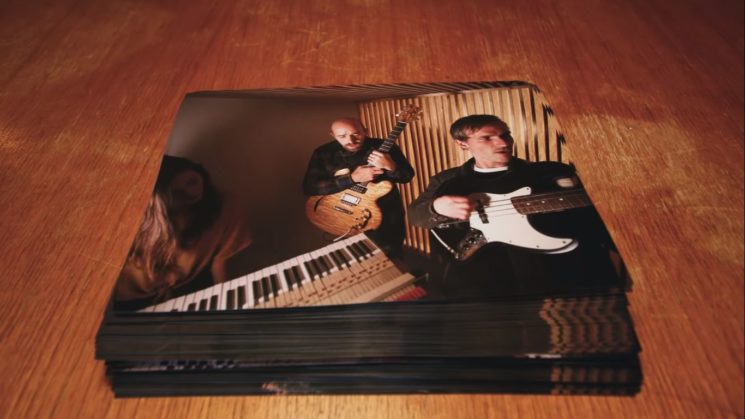 I love creative music videos and stop-motion movies, and we’ve featured quite a lot of both here on DIYP. Still, it looks like directors always find new ways to amaze us. The video for a song UnAmerican by Said The Whale brings music, creativity, and stop-motion together in a fantastic way. It seems like it was made with visual effects, but no – there are no effects whatsoever. The video was made using only physical, printed photos. Over 2,000 of them!

The video was directed and edited by Johnny Jansen, and judging from the description – it was a painstaking process. The band first filmed the performance video you can see in the images. Then, each frame of the video was printed, and then photographed “frame-by-painstaking-frame “ Johnny Jansen describes the process on Reddit:

“We timed out the entire video as an animatic well before we started shooting. I also embedded the time code on the bottom right corner of each photo that synced up with our stop motion software. The problem was that the time code was so small we could barely read it so we almost lost our place a few times.”

“For the longer travelling scenes like in the backyard, we measured out the distance and divided it by the amount of frames in the shot so we knew exactly how much to move the photo each time.”

Lots of hours of work later, the crew ended up with the video that’s hard to believe that it was made entirely without VFX. If you ask me, all the hard work definitely paid off. Make sure to watch the video and see for yourself (and the song is pretty cool, too). And if you enjoy creative music videos, I suggest that you also watch these: Half a Million by The Shins, Obsession by OK Go, Bear Claws by The Academic, and my favorite No Reason by Bonobo feat. Nick Murphy.

This brilliant music video has no VFX, only a tiny camera on a huge set

How to erase tourists from your travel videos without VFX

« The DSLR will probably die. Are mirrorless the future of large standalone cameras?
This photo shows that owning gear is not enough to make you a photographer, you need to know how to use it »