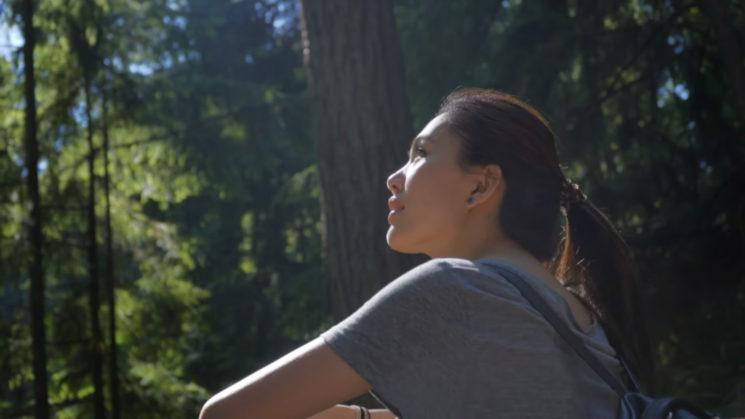 As a location photographer, tourists are the bane of my existence on some days. You turn up to a gorgeous location with your subject, ready to shoot, and the place is packed. Or, you face the other problem, one I had recently on a photo shoot in Scotland. A constant trickle of tourists throughout the day. And you can’t stop them. They have just as much right to be there as you do.

Filmmaker Brandon Li regularly runs across these sorts of issues, too, when making travel videos. But there are things you can do to still be able to get the shots you want. In this video, Brandon shares some tips he uses to help get the shot despite the tourists.

You can’t stop the tourists. They’re just a fact of life. Sometimes you include them, to show the world what a place is really like. But maybe you want to eliminate them from your shot because you want to tell a story, and they’re not a part of it.

Sometimes you just have to know when you’re beat. If there are just too many people, and there’s no chance of getting the shots you want, you just have to acknowledge it and move somewhere else. Brandon was at the Capilano Suspension Bridge in Vancouver. And while he wasn’t able to get clean shots of the main bridge, there were many other smaller bridges nearby.

This is one I follow a lot myself. I shoot mostly in England’s Lake District, and my favourite place there is Coniston Water. But it’s usually packed full of tourists, especially during weekends and school holidays. But there are so many amazing surrounding areas and quiet spots along the water’s edge that it’s fairly easy to hide from the crowd for a little while.

Patience is the key

Tourists often come in waves. You’ll get a big rush, they’ll hang around for a bit, then they’ll disappear. Things will remain quiet for a short time before the next lot of tourists show up.

This is something else I experienced while in Scotland during a trip to Glencoe. We stopped at several popular locations to explore and grab a few quick shots, and tourists would regularly show up in groups at a time. Literally, busloads of them would arrive, spend 5 or 10 minutes wandering around, then back on the bus and off they go. A few minutes later, another bus stops.

So, wait to see if the crowd disperses, then grab your opportunity to shoot while you can before the next wave hits.

Crop them out of the frame

The viewer only sees what you include in your shot. While there may be tourists in the scene, they don’t have to be seen by the camera. During one of the quiet moments between waves, we see Brandon shooting his friend on one of the small bridges. After the camera zooms out, we see just how busy that bridge was about to get.

Sometimes you can’t simply crop them out of the shot from a normal viewpoint. So, you have to get a little creative with your shots. In this example, Brandon holds the camera low, pointing up at the tree tops to hide the tourists from view. 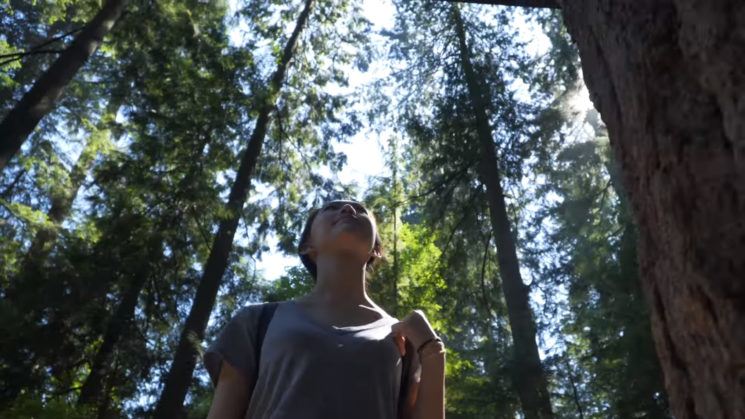 Wait until they leave or arrive before they do

This one goes hand in hand with patience. This is the easiest way to remove them from your shot, because they’re simply not there. As the day wears on, the tourists leave. They start to make their way back home or to their hotel, making the location quiet and peaceful. As long as you still have good light, this can often be the best time to shoot.

Likewise, turning up before the tourists even arrive is also another great option. This is the one I prefer to do myself. I’ve even camped out at popular wilderness locations with subjects so that we can start shooting as soon as the sun comes up. We usually get a good 3 or 4 hours of shooting in before the tourists start to appear. Doing this during the middle of the week is also generally quieter than doing it at weekends.

If you can plan the time you show up to shoot in advance, then that’s awesome. But it’s not always possible. Even when it is, if you’re just passing through a new location and you don’t know when the busy times are, you can’t really plan that well. You just have to hope.

This music video was made without VFX, using 2,250 printed photos

How to remove people from travel videos and photos without editing

« London restaurant gives you “Instagram kit” so you can take better food photos
Did you know you can colour grade and edit videos in Adobe Lightroom? »