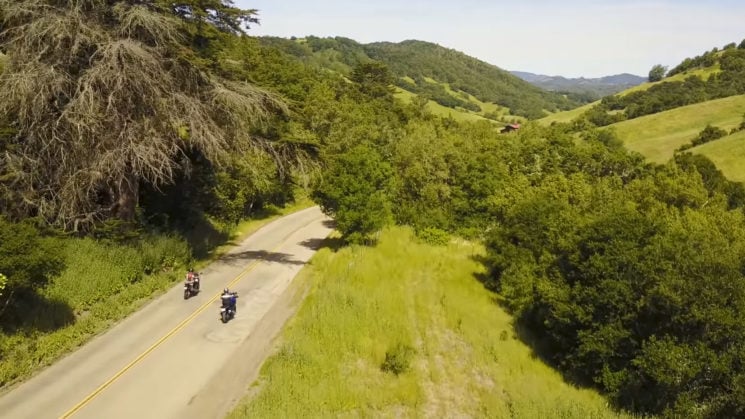 Drones have become the hit “toy” over the last few years. Sure, they’re an expensive, grown-up toy, but for most of us, they’re still a toy nonetheless. And there is so much choice out there now. Chances are if you’re reading this, then either you own a drone or you know somebody who does and you’re thinking about getting your own. And who could blame you? They’re pretty amazing.

But have you ever thought that maybe you shouldn’t? Tony Northrup doesn’t think you should get one and in this video, he explains why. He highlights a lot of things people just don’t think about when it comes to deciding whether or not they should get a drone. And, refreshingly, it’s actually a pretty sound and logical argument for the most part.

The benefits of getting a drone are obvious. They allow you to shoot photographs and video that simply weren’t possible even as recently as a decade ago. Sure, some of those shots you could get from a helicopter if you had a few grand spare to rent one with a pilot that was suitably equipped with all the right gimbal & camera gear. But not all of them.

I don’t agree with Tony Northrup on a lot of things. That’s not much of a secret. He’ll never convince me that Photoshop can replace polarising filters, for example. But on this particular topic, I can’t really say that I disagree. Drones are still fraught with many issues. They crash, they fly off on their own, the software is far from perfect, and there are so many places you just can’t fly with them now.

That last bit is my biggest issue with getting a drone. I’ve owned them in the past and even built a DJI F550 Hexacopter from scratch. But I haven’t flown that F550 in at least the last 18 months. And while the Mavic Air looks extremely tempting, I just can’t be bothered with it. Many of the places I’d like to go and fly it don’t allow it. And there are entire countries that have banned drone use.

Tony mentions Morocco in the video, but they’re not the only one. Fiji, Cuba, Egypt, Ethiopia, Kenya, Zambia and more have all completely banned drones. Others like Belgium, Russia, UAE and even Canada have severely restricted how, when and where you can fly your drone.

And I’m not about to go and spend a fortune on getting a commercial pilot’s license and all the rest of it to be able to get around the restrictions I face here at home in the UK. I have friends who have done exactly that, but it’s not for me. I’m not planning to profit from my drones, and I don’t want to have to worry about restrictions in other parts of the world, either.

So, now I’ve chosen to not bother with a drone any longer. I reserve the right to change my mind, of course. But for what they’d give me, it’s just not worth the cost or hassle anymore.

Even if you don’t care about the restrictions, I’ve seen so many people buy a drone, get a couple of cool clips – that they can’t post anywhere because they were flying somewhere they weren’t – and then get bored with it, taking a big loss when they sell it. If they upload the footage to social media or YouTube, then they’re basically saying “Hey, I broke the law! Come and get me!”.

I’ve also seen plenty more buy a drone, crash it, buy another, lose it, buy another, drown it, rinse, repeat. And, sure, it’s their money to waste, but what a waste. And I’m not talking $20 disposable toys from China. I’m talking about Mavic Pros and Phantoms. One vlogger I used to follow on YouTube has crashed or lost at least four DJI Mavic Pros (over the course of only 12-18 months).

If you want a drone, then go for it. Like I said, it’s your money to spend however you wish and it doesn’t affect me one bit. But it’s worth watching Tony’s video to give yourself a little more to think about before you do.