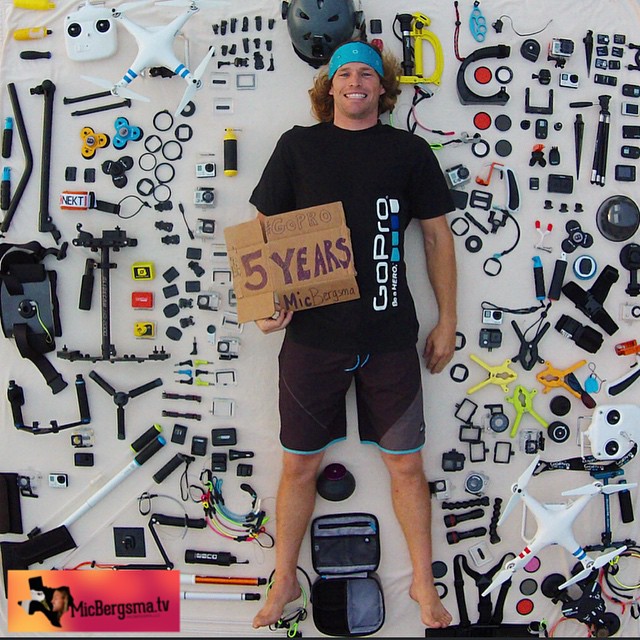 Gear comes and gear goes. Or rather gear comes and gear accumulates. Photographer Mitch Bergsma have been shooting with a Gopro for 5 years and as one of his main tools of work, he had to fit it, mount it, strap it, elevate it and submerge it into various places.

Having using a GoPro for five years means that you get to accumulate lots of mounts and cases for lots of different GoPro cameras and if in addition to that you don’t let go of the old gear, you get a full blanket of gear (sorry had to).

So to celebrate this 5 years anniversary, Mitch got a DJI Phantom 2 in the air to take an aerial of all his GoPro gear. And there is a lot of it….

Interestingly, even after filing a roughly two by two meters space, some of the gear remained on the floor. See if you can name (or at least identify) every piece of gear on the blanket.

If you want to see how it started, 5 years ago, here is a short clip from Mitch’s first GoPro test:

« Retouching Essentials: Are You Having Color Issues When Dodging & Burning? This Might Be The Reason
Photographer Causes Horrific Crash at Italy’s Largest Bicycle Race »