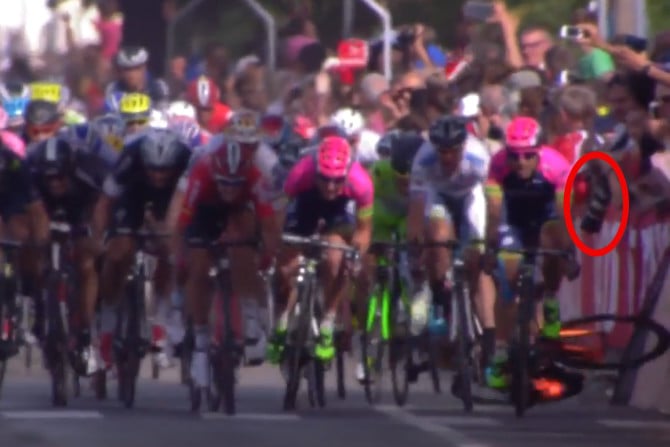 The Giro d’Italia (Tour of Italy) is the most important stage race, after the Tour de France, but unfortunately the sixth stage that took place on Thursday will be remembered due to the unfortunate crash.

Near the end of the race an oblivious, and irresponsible, photographer leaned over the barrier to try and snap a photo with what appears to be a Canon 70-200mm lens. The result was Italian cyclist Daniele Colli crashing and breaking his arm (in a gruesome almost 90° angle. Pics below so be warned), and several other cyclists having a close encounter with the ground. One of them was the race leader, Alberto Contador, who dislocated his shoulder.

It is unknown if the photographer has been identified and if any action has been taken against him.

Colli, who suffered a compound fracture, retweeted a photo of him on the ground with his twisted arm, beside a photo of him flipping the bird in his hospital bed. 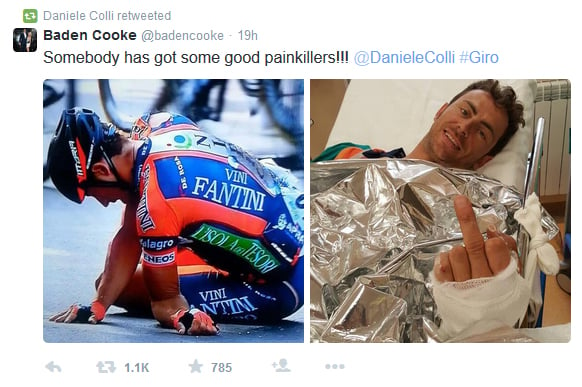 Based on the tweet Colli posted later on, it’s quite possible that the photographer was on the receiving end of the above bird: 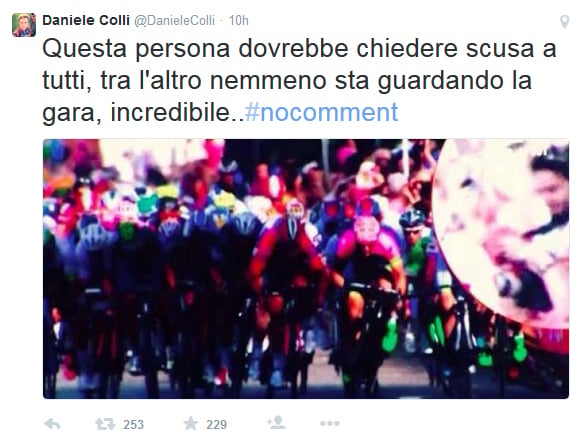 “This person should apologize to everyone, he’s not even watching the race, incredible… #nocomment”, the post states.

Fortunately for Contador his injuries were not as bad and he went on to compete, after having his shoulder put back in place, it the next stage which took place this morning.

This was the second fan-triggered crash of the race after an amateur cyclist tried joining the competitors on Sunday.

One of the cyclists involved in the first crash later took to social media saying that he doesn’t blame the organizers or the police for the crash, only the spectator who crossed the barrier. His harsh message contained the words ‘bullshit’, ‘moron’ and ‘jerk’, and I can only imagine that Colli, Contador and several of the other involved in the second crash share his feelings.

How to make a DIY softbox from an old bicycle wheel