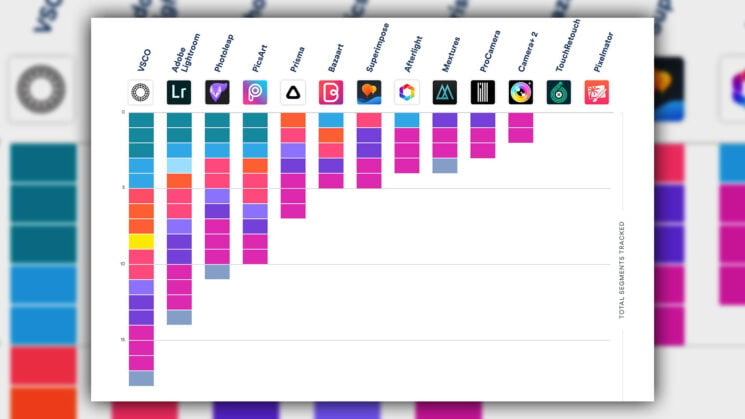 When we think of online privacy, we typically think of social media, editing, browsing or shopping apps that open our private lives up to the potential world. Or, at least to advertisers. But these aren’t the only things we should be worried about, as this report by the folks at Surfshark illustrates.

Amongst the eighteen types of apps that Surfshark looked into, including social media, shopping, streaming, dating, and various others they delved into image editing apps. And the amount of data that each one captures might surprise you. For example, did you know that VSCO tracks your search history and wants the info on all your contacts? 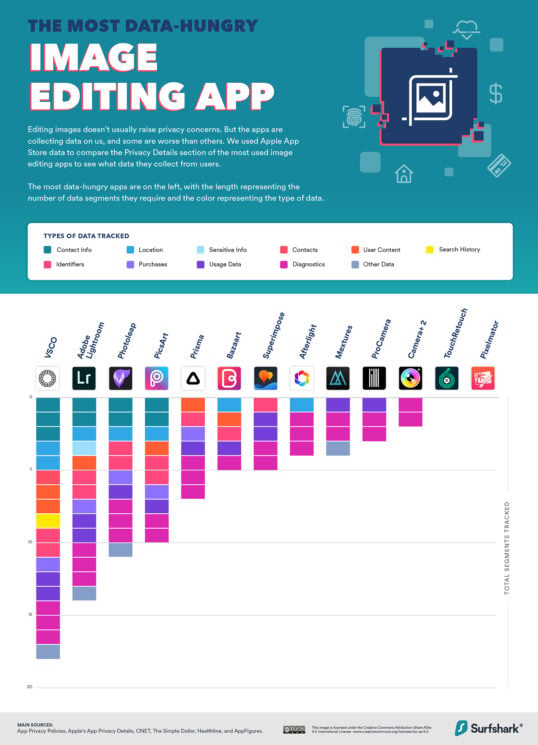 The information on each of the apps and the permissions they require comes directly from Apple’s App Store. And while image editing apps overall ranked down at the bottom – tied with browsers for last place – and don’t even come close to things like social media and food delivery apps, the data that some of the apps collect is surprising.

Some of the data is pretty much required for this type of app. For example, many image editing apps have a camera app built in. So, they’ll want to know your location to be able to geotag the images. That’s all pretty normal. But why does VSCO need to know my search history and want information on all my contacts? And what is the “sensitive info” that Lightroom requires?

Notably missing are a couple of popular image editing apps, like Google’s Snapseed and Affinity Photo, so it would be interesting to see where they stack up in this list. If you want something that tracks absolutely nothing, though, might want to take a look at Pixelmator.

If you want to see what type of apps are the most data-hungry privacy invaders, and specifically which apps in those categories are the worst offenders, see the complete list over on the Surfshark website.

I was surprised by some of these. What mobile image editing app do you use?

[via Surfshark / Images used with permission]

« Samsung lets us look behind the curtain at their “pro-grade” ISOCELL HM3 smartphone camera sensor tech
This couple gets empty boxes instead of a $7,000 Sony A1 camera they ordered »