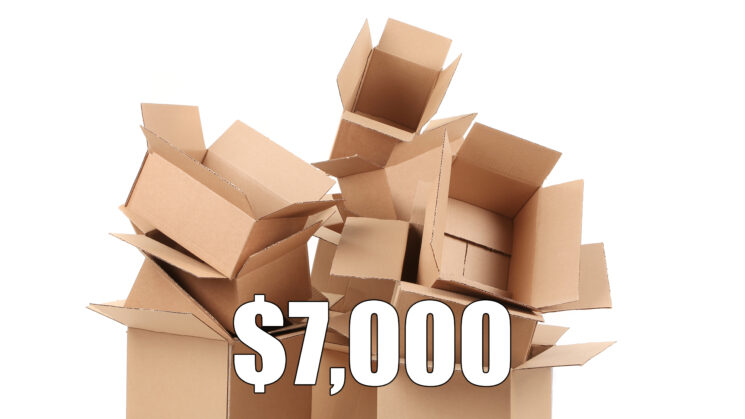 A couple of photographers from Alamosa, Colorado recently bought the most expensive empty boxes ever. The couple ordered a brand new Sony Alpha A1 from Amazon, paid over $7,000 and waited two months for the package to arrive. And when it finally did – there was nothing but empty camera boxes.

Bill and Kelly Chiles do a lot of side gigs of photographing sports, senior photos, and weddings. In March this year, they ordered the Sony A1 from Amazon because they wanted to step up their game. “We love the extra frame rate. It’s a 50-megapixel camera,” Bill told The Denver Channel. They ordered the $400 memory card and the $6,500 camera and their package was shipped in April.

However, when it finally arrived, Bill noticed that something was wrong. “When I came home to open it up, I thought ‘oh, this doesn’t feel right,’” Bill explained. The package contained two camera boxes, and both were reportedly completely empty. Scammers usually put bricks and rocks in boxes, but this one apparently didn’t bother.

Bill and Kelly were shocked after they received the empty boxes instead of the package they paid over $7,000. Bill said they’d heard of it happening with third-party deliveries, but never Amazon. If it makes you feel any better, Bill, it does happen with Amazon, too.

An even bigger shock came when the couple tried to get a refund. Bill said that Amazon insisted that the camera had been verified, and the refund request was denied. They went through a whole range of emotions: shock, disbelief, disappointment, anger… But they didn’t give up.

The UPS tracking label provided the Chiles’ with the proof they needed. It listed the weight of 2 lbs, whereas the Sony A1 they ordered weighs 3.22 lbs. What they also found suspicious is that the same camera model is listed for thousands of dollars less on websites like OfferUp. The couple filed a police report, disputed the credit card charge, and reached out to the media. They even emailed Jeff Bezos. Eventually, they received a reply from Amazon reading: “Once the dispute investigation is resolved, we’ll be able to process your refund.” 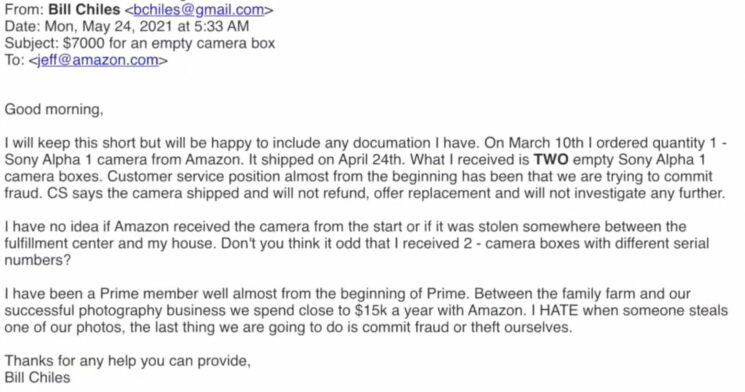 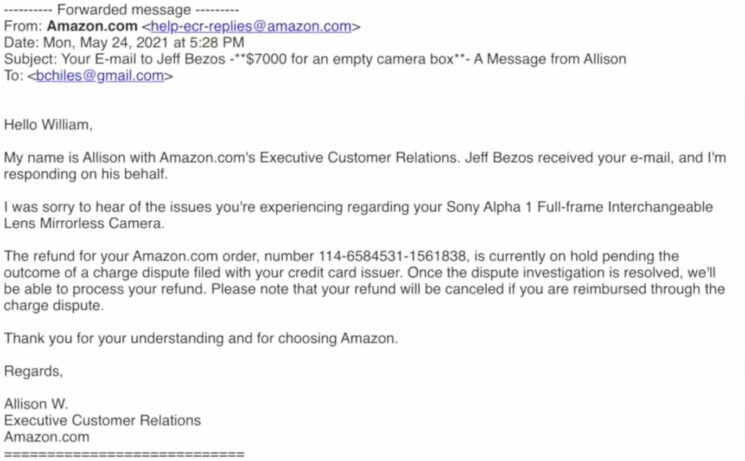 When The Denver Channel asked Bill what he thought had happened here, he responded: “I think they got ripped off. Somebody in Amazon blew it, in my opinion, and they’re just trying to cover their position.” He and Kelly are disappointed in Amazon, wondering “if there’s any integrity in that company anymore.”