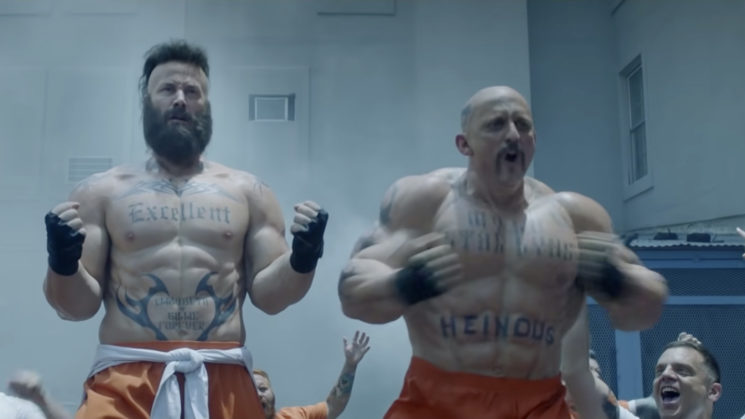 Many of us will remember the original adventures of Ted Theodore Logan and Bill S. Preston Esq., and their long-awaited third movie was finally released last month. There was quite a bit of makeup and effects for certain parts of the movie, though, as… well, this post will likely contain spoilers so I’ll save it for after the jump.

But this 9-minute behind the scenes look goes through the process of how special effects artists like Kevin Yagher (who worked on the first two Bill & Ted movies, countless others and is also creator of the original Chucky) built the muscle and “fat suits” for Keanu Reeves and Alex Winter for various scenes during their reprisal of those two iconic characters.

There are several parts in the movie where, as in prior movies, Bill & Ted get to meet up with future versions of themselves. Here, though, the future selves they meet are very different from how they are at the start of the movie. In one scene, the pair of seriously buffed and in prison. In another, they’re somewhat overweight. Bodysuits needed to be creators to give the actors the physique required for the scenes in a relatively short period of time.

With being able to order the materials to do this kind of thing only a click away for most of us these days, prosthetics and effects aren’t as uncommon in the photography world as they used to be. But the kind of work shown above really takes it to the next level. It’s fascinating to hear how they make the suits today, too taking into account the lessons they learned from bodysuits made for other actors in past movies.

Ted Forbes on the ‘Should I Work for Free?’ Question

« 2020 Weather Photographer of the Year winners prove that you can take stunning photos in any weather
How do you deal with these seven challenges as a wedding photographer? »