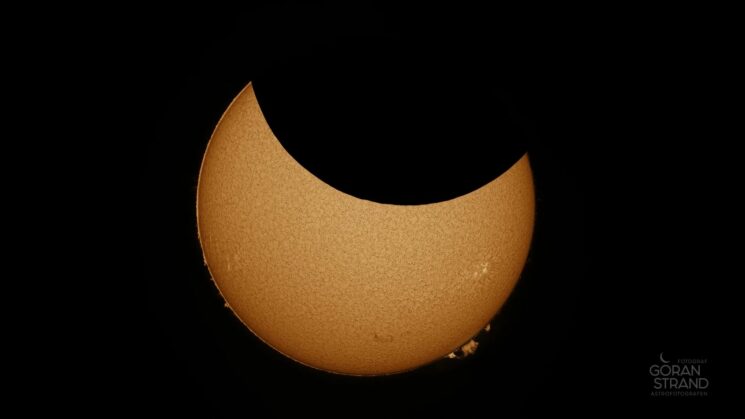 Last week’s partial solar eclipse lasted for about 2.5 hours, leaving photographers with an opportunity to capture some stunning shots. Photographer Göran Strand (previously) managed to pack it into only ten seconds. It took patience, time, and a whole lot of photos to make it happen. 50,000 photos, to be exact. But he ended up with an incredibly smooth and detailed timelapse that you can see below.

While the rare “ring of fire” eclipse was only visible in northern Ontario and in the high Arctic, the partial solar eclipse was visible from other parts of the world on 10 June. Göran is based in Östersund, Sweden, and he shot the phenomenon from his own backyard. He used a Lunt LS80THa/PT solar telescope, a PointGrey Grasshopper 3 CCD mono camera, and a Sky-Watcher AZ-EQ6 GT Pro mount. 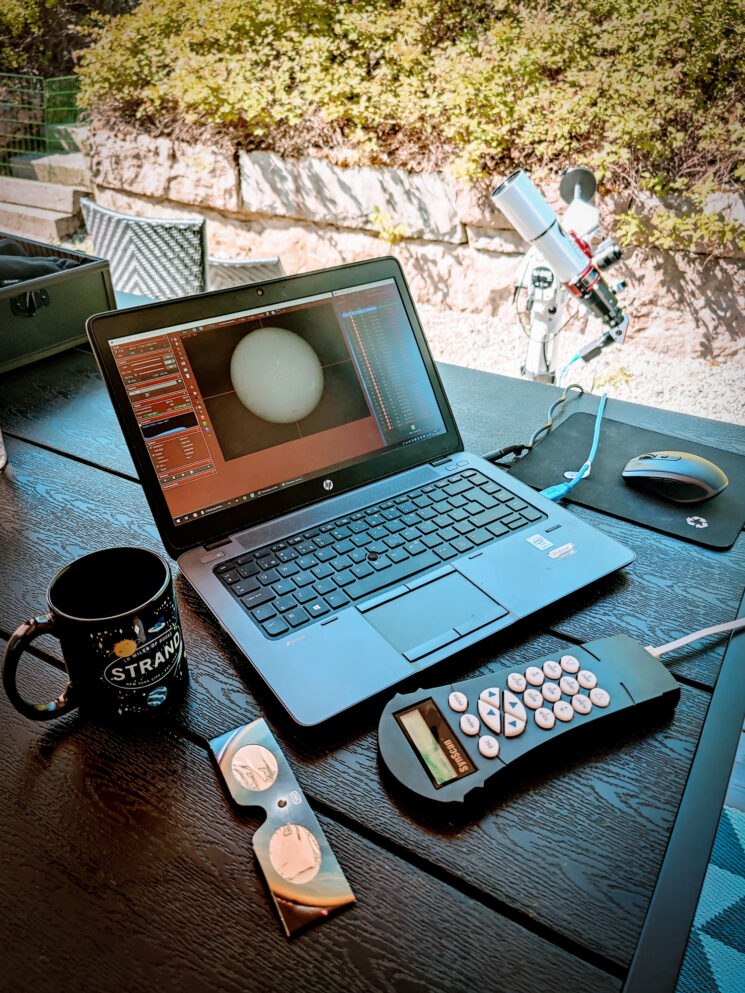 As I mentioned, it took Göran 50,000 frames to create the timelapse, and capturing the 2.5 hours of the eclipse ended up with a total of 250 Gb of data. He took a series of 200 frames every 30 seconds of the eclipse, and he chose the best 50 out of each batch to stack, align, and calibrate for the final piece. 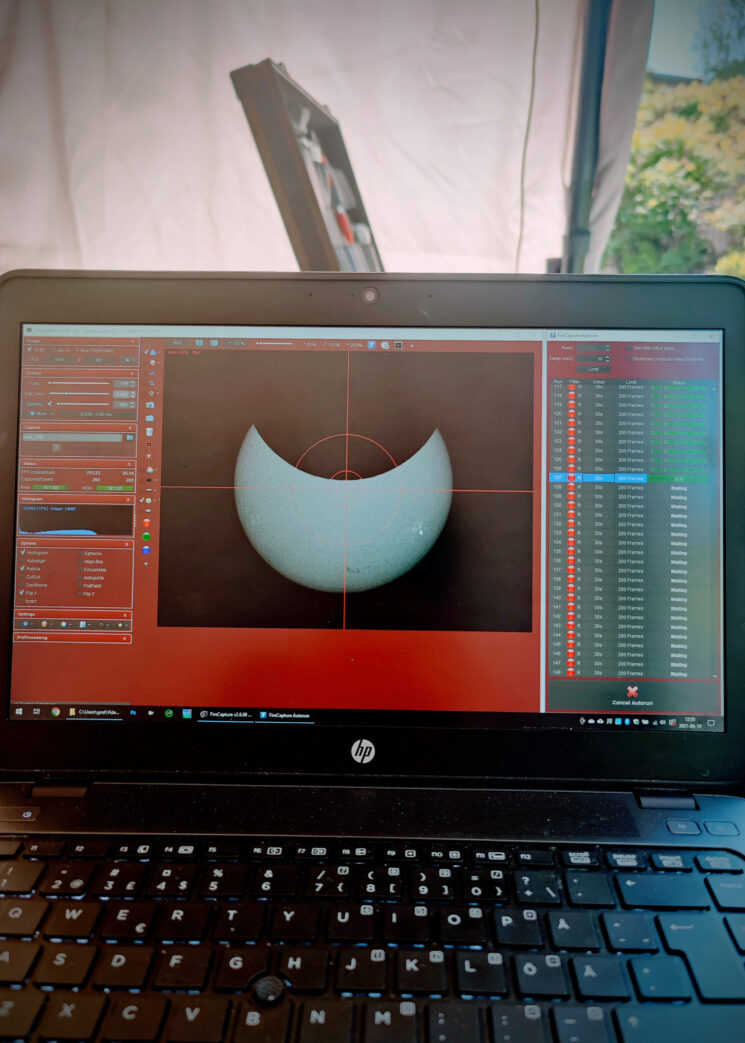 The end result is a remarkably smooth and perfectly-made timelapse. But take a closer look: Göran also captured a solar prominence in the lower right part of the timelapse. He added Earth for the sense of scale, so you have a better idea of how big the prominence is… Or how small we are. :) 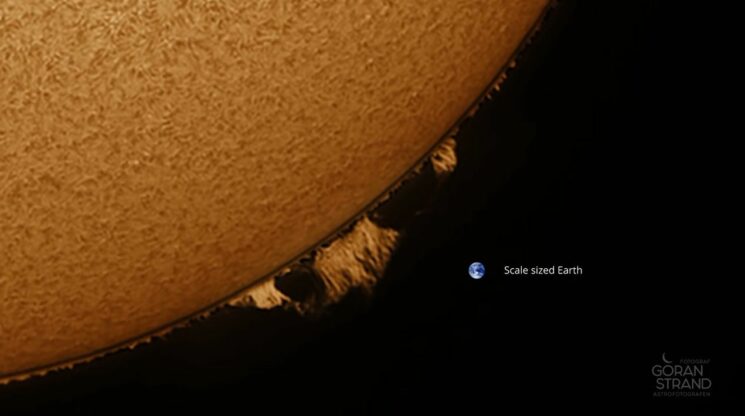 The definitive guide to not messing up your solar eclipse timelapse