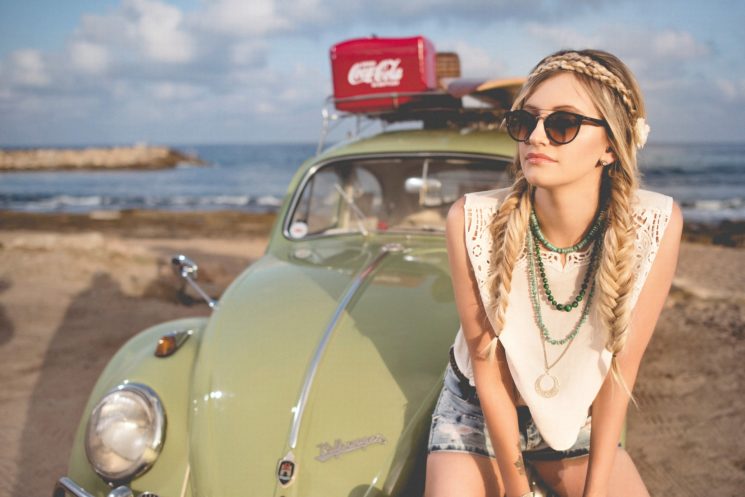 “This past summer in Bali was everything I wanted it to be, and more. It was the kind of trip that gets you enough content to post on Instagram for a whole month so that everyone thinks you’re constantly traveling.” This is the first sentence in a brutally honest parody video, and after hearing it, I knew I was gonna love it. I was right.

Australian YouTuber Currently Hannah teamed up with her friend Just Jess to create a hilarious parody about travel influencers. No matter how much we’re aware that Instagram is full of fakery, these Insta-worthy, glamorous travels can still make us a bit jealous. But Hannah answers a big question in her video: what if travel influencers were honest?

Just like every travel influencer, Hannah shows off some cleavage and a butt on a wonderful beach, so this video is mildly NSFW. But make sure to watch it when you can. Unless you’re a travel influencer who is easily offended.

The first three minutes of the video are the actual parody, with Hannah calling out travel influencers for all those things we’ve seen a million times in their YouTube videos or Instagram images. There’s the lack of storyline, because a voiceover in a soft, airy voice, with the pauses in right places, will sound inspirational. And who needs a storyline when you’ve got butt in a bikini? There’s also hiking in clothes that’s not made for it, as well as changing into a bathing suit… just because.

If travel influencers were honest, they’d also share moments when they got ripped off by a taxi driver, when they slept on a train station when they missed the last evening train, when their flight was delayed so they got bored to death at the airport… But those moments aren’t instagrammable and they won’t make us think how glamorous their life is.

After the parody video, Hannah is being honest about herself and her own videos and says that she’s no exempt from the stereotypes presented in the parody. But she just wanted to point to all those clichés and things that are heavily overused in travel videos. At the very end, she also shares a couple of bloopers and BTS shots, which are fun, although not as fun as the parody video. : )

This hilarious video shows what millenial marriage proposal looks like