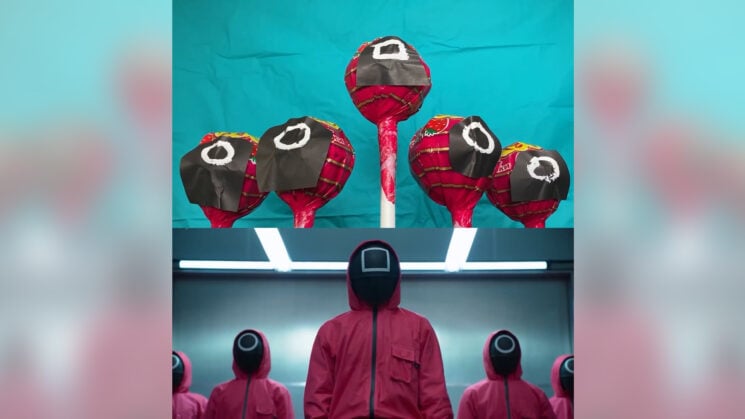 When I first discovered Studio 188, it was love at first sight. Well, on my side at least. These guys recreate famous movies and TV shows using nothing but household items and their limitless imagination.

Since Squid Game has been all the rage lately, it’s no wonder that they decided to recreate that, too. And just as always: they nailed it! Once again, they used food, drink, and props from around the house and turned them into a brilliant and hilarious low-budget version of the famous Korean series.

I started following Studio 188 two years ago after I covered some of their work. So, the latest video popped up on my Facebook feed a day or two ago. I’m halfway through Squid Game and my heart aches, so I thought this would be a great chance to lighten up a bit. And I wasn’t wrong.

Of course, I won’t spoil the video for you. I’ll just say that the lollipops made me smile, pickles made me giggle, and I totally lost it at Patrick Star. If someone told me I’d laugh at any version of this super-gloomy series, I would tell them they were nuts. But I guess one can laugh at any movie or series once they see Studio 188’s version.

Therefore, if you need some good laughter today, make sure to check out the video above. Follow these creative folks on YouTube and Facebook, and support their work on Patreon. And let me know: have you watched Squid Game? Do you like it?