The Giant Squid AKA the Kraken is the stuff nightmares are made from. While it is about two stories tall, it has yet to be photographed until recently. 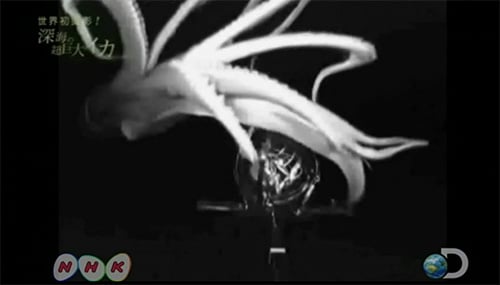 Edith Widder is one of three scientists who first captured hi-res footage of the giant 2 stories high squid.

While many expeditions tried to capture the beast, Edith suspected that the noise coming from the submersible vehicles motors divers used scared away the sea doweling creatures.

Edith opted to use a non-motored device, with a battery powered camera tethered to a float. The device was tied to an LED bait (or optical lure) that shines like a certain Jelly Fish. This rig was illuminated by red LEDs that are unseen to water creatures. 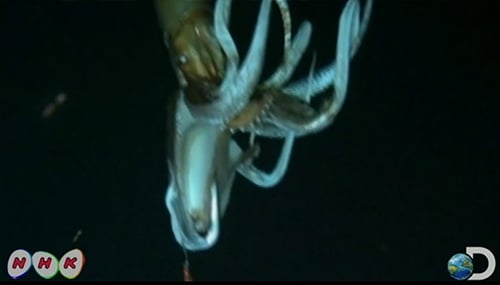 The effort paid off, and the beast from below showed itself several times until on the last time the team risked turning full lights on and the squid did not flee, giving the first hi-res video capture of a real life Kraken.

If you find this interesting, you can watch the TED show where Edith shares the full story.

And a longer Discovery show telling the full version of the story here.

[h/t to Jim M. Goldstein for the find]