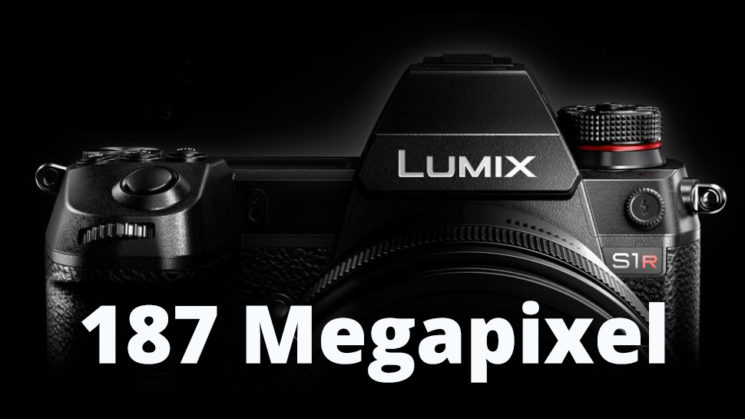 The Panasonic S1R full frame mirrorless camera that was expected to be announced sometime in March, although it looks now that it might be announced tomorrow, after the release of a Panasonic S1/S1R launch teaser video stating January 31st 2019.

Panasonic’s explanation for how the High Res mode works, as posted to L-Rumors reads…

Taking advantage of the Body Image Stabilizer. (I.S.) mechanism, eight consecutive images are automatically shot while shifting the sensor. These eight images are synthesized into a single image by the new Venus Engine, which boasts high-speed signal processing. Precise details are faithfully reproduced to be saved as a beautiful, highly realistic image. This mode is ideal for shooting natural landscapes or fine art objects with delicate details.

Considering situations where moving subjects are included in the scene, sub options are available to suppress motion blur, so photographers can use this mode the same as shooting in a normal photo shooting mode.

While it’s unlikely to be all that useful for fast action, sports or wildlife photographers, it holds a lot of promise for those who shoot products, still lifes, or other types of photography where your subjects don’t move a lot. Perhaps even landscapes, even if it’s a little windy – although that will depend on how good the motion blur suppression works.

L-Rumors says that they’ve received word that the High Res mode on the S1R creates 187-megapixel images, which is just insane.

If the teaser proves to be true, we’ll find out for sure tomorrow.