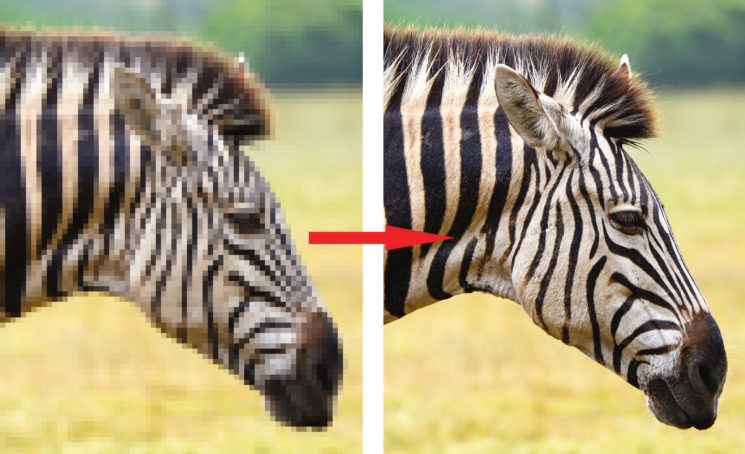 The scientists of Max Planck Institute for Intelligent Systems in Germany have developed a new algorithm. It enhances low-res images so that they miraculously become hi-res and sharp. It only needs a single low-resolution input, and it will increase its resolution while retaining the realistic textures and details.

According to the paper, the existing algorithms don’t perform the resolution enhancement so well. They tend to produce images that are too smooth and lack realistic textures, so they look unnatural. So, the scientists have created the algorithm that focuses on producing realistic textures.

The researchers used a large set of images to train the neural network. They fed the neural network hi-res photos, so it “learns” to recognize different textures. Then they’d input low-res images, and the algorithm would upsample them. The researchers would then compare the results and adjust the algorithm further to fix the errors. As a result, they have produced an algorithm that makes all those scenes from CSI series look like they’re actually possible.

Of the researchers, Mehdi M.S. Sajjadi, tells Digital Trends this algorithm could have many different applications. You can use it to upsample old movies to 4K quality or restore old family photos. As for more general applications, it can also be used to improve object detection. Sajjadi points out their algorithm could also make it “it easier for other neural networks to detect objects in images.” This could be applied to situations “from Google image search to detecting pedestrians in self-driving cars.”

When it comes to upsampling low-res images, Google has also created a solution for this. It’s even implemented into Google+ for Android, in order to save bandwidth. Other than this, artificial intelligence has had some useful (or just fun) uses in photography so far, and its applications will most likely continue to grow. If you’d like to read more about the latest image enhancing algorithm and see some sample images, you can read the full paper here.