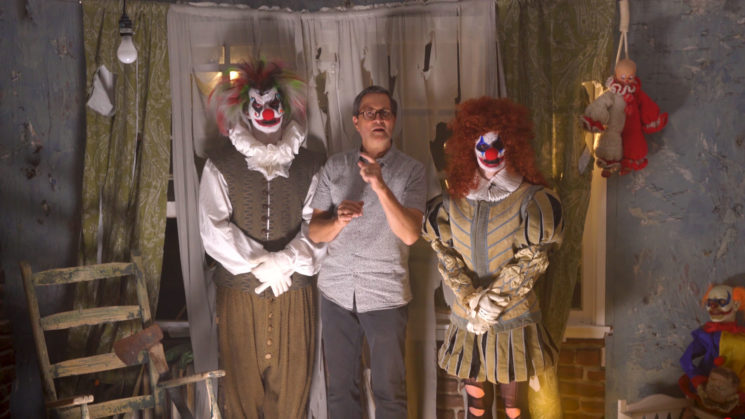 With Halloween already over for half of the planet, it might be a bit late for this video. But, it’s never the wrong time to put a spooky horror set together for a photo shoot. With that in mind, here’s Jay P Morgan from The Slanted Lens to show us how he built this Halloween set in his living room for under $100.

It’s some pretty thrifty spending to get a set built for under $100. And some of it you may have laying around already.

It starts with a piece of plywood panel, which was cut and covered up using some old paint. This doesn’t have to be a perfectly smooth and even finish. Quite the opposite, in fact. A sheet of fake brick wall covers another wall of the room.

He rented a chair for $25. Really? You can rent a chair for this kind of thing? I think I’d be looking around garage sales myself. I’ve seen cool looking rickety old chairs like these go for next to nothing before. You’d get to keep it, and it’d probably be even cheaper than $25.

Some cheap curtains cut up cover the windows. A piece of old carpet they spotted being thrown out is also pretty common to find for free. You just have to do a little hunting. Or, contact your local carpet store, tell them what you’re doing and ask if they’re ripping any out on a job any time soon. Some newspaper to cover up other bits of wall, and a few borrowed props finish the look. 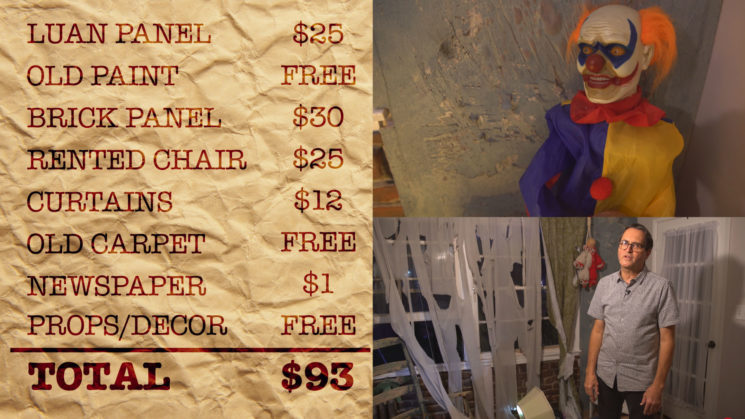 Total cost for Jay was only $93. At least, to set the room up. Obviously the outfits, makeup, camera gear and lighting isn’t included in that. Of course, horror and creepy isn’t exactly a genre where there’s a lack of willing potential collaborators.

Jay went for a pretty extreme lighting setup with this one. The final setup required six lights and a fog machine. 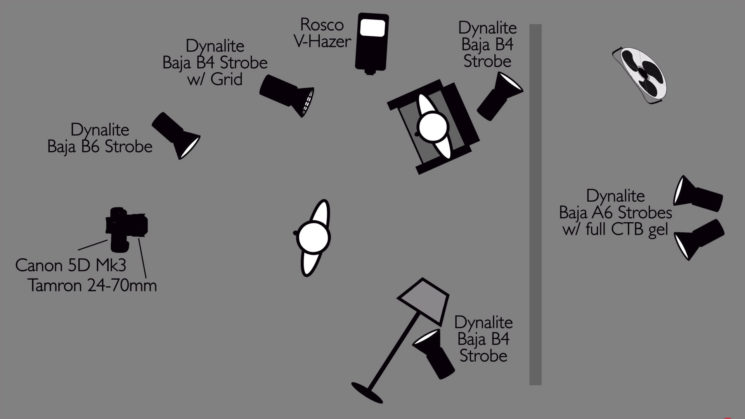 The final result looks well worth the effort, though. 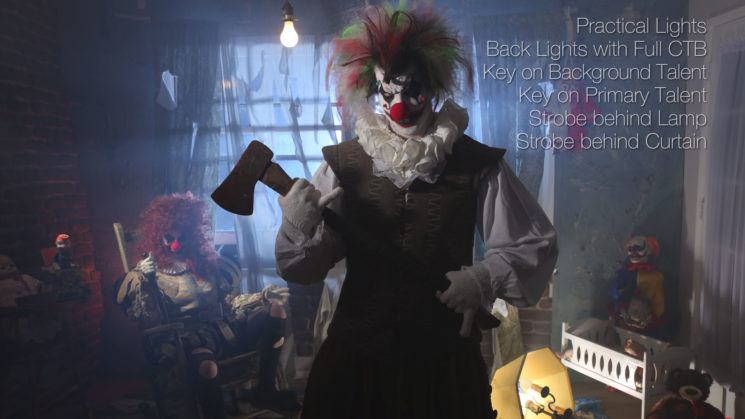 Did you find any good deals for your Halloween photo shoot sets? Let’s see what you shot with them.

How to create spooky Halloween lighting in a small home studio

How to shoot Halloween horror in a small home studio