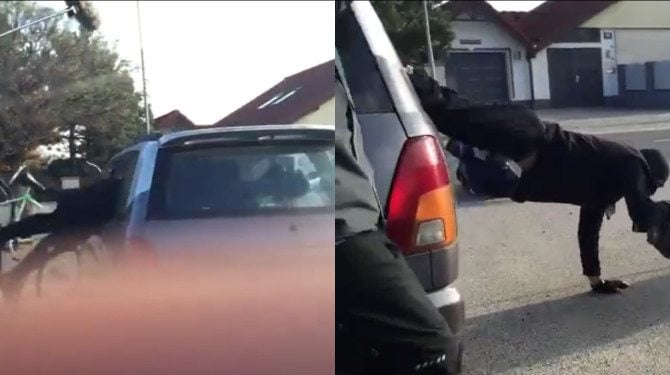 Usually we see Parkour artists being shot with gimbals, I think this is the first time where we are featuring a parkour artist which IS the gimbal.  Steadycam operator gimbal ninja posted a behind the scenes showing him taking a complex shot while following a cyclist getting ran over.

The Twist? The camera operator jumps through two car windows to get the shot.

While this seems like amazing camera work some commentators on the original post were not convinced, and pointed towards a missing battery, a lack of transmitter and a few discrepancies between the BTS and the filmed footage. 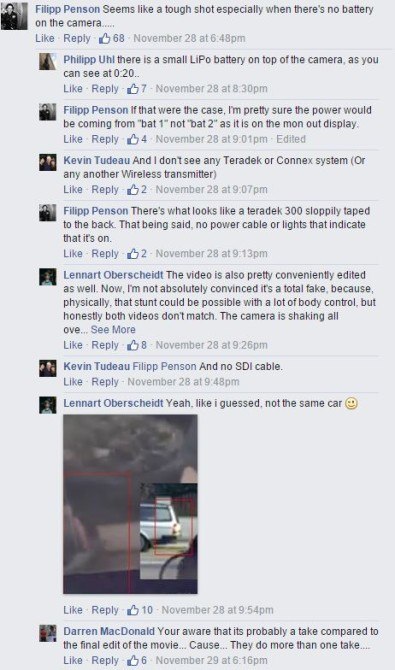 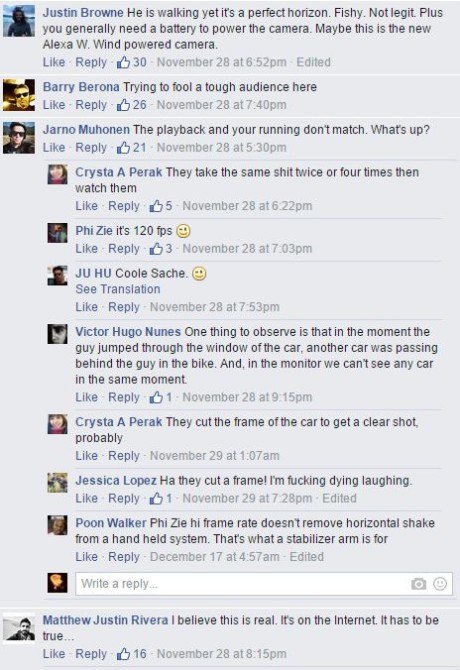 While some of those do indicate a few weird phenomena, dome speculate that the shot we see on the monitor was simply another take, and that this particular shot was only taken for the sake of the BTS clip.

But that does not mean that gimbal ninja is not incredibly talented. Here is a side by side footage of him using a DEFY G2x gimbal with a Nikon D750 while jumping, running and climbing almost like his subject.