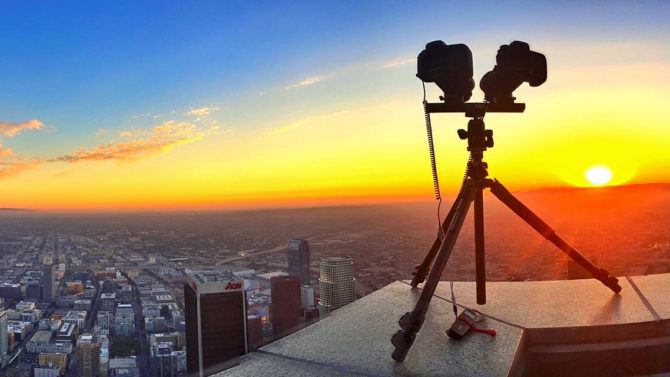 There comes a point in a timelapse photographer’s journey that one wants to do something different. They want to try to push the techniques and their own abilities. To try to create something new and interesting. Many such experiments don’t work quite as we’d intended, but oftentimes, they can work extremely well.

The latter is the case for photographer and filmmaker Joe Capra. Joe’s constantly trying to take his work beyond the previous limits. You might remember some of his past work that we’ve featured, such as the 12K Timelapse shot on the Phase One IQ3. Now Joe’s back with a new timelapse of Los Angeles which was shot using a pair of Canon 5D Mark III bodies side-by-side on a custom rig.

Typically, one would shoot panoramic timelapses like these with a single camera using an ultrawide lens. Then you’d do some lens correction and chop off most of the top and bottom of your sequence. This can have issues, though. You lose a lot of resolution, and fixing the ultrawide distortion isn’t always perfect. 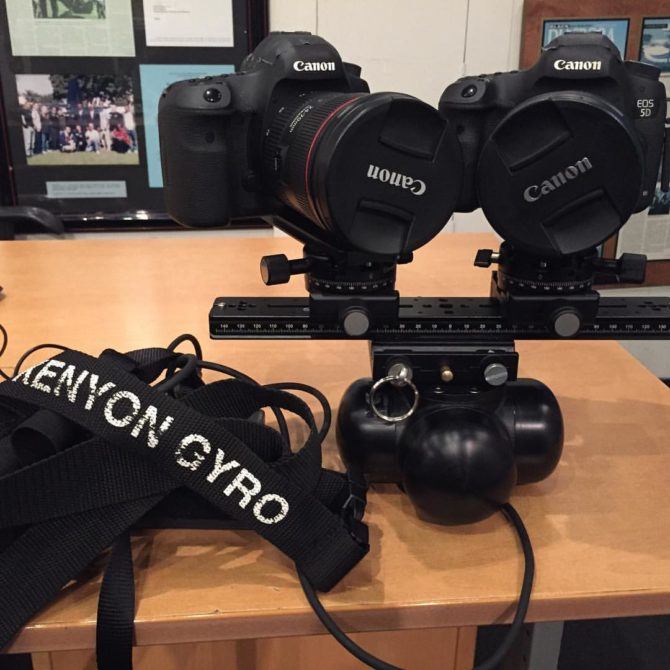 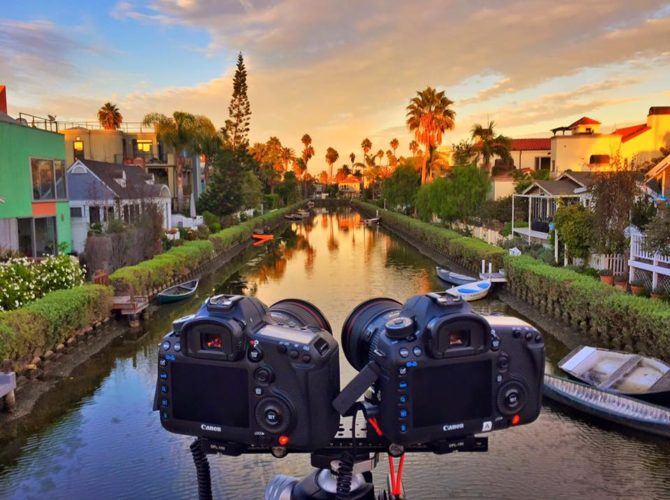 While the equipment Joe used to make this film does total up to be quite a hefty price tag, it’s nothing out of the ordinary. In fact many of the photographers I know who shoot a 5D Mark III also have these same lenses. Admittedly, most of them only own one of each lens, though.

To synchronise the two cameras so that they would shoot simultaneously, Joe used a custom dual camera intervalometer.  Joe also used RamperPro to help smooth out some of the day to night transitions and flicker. 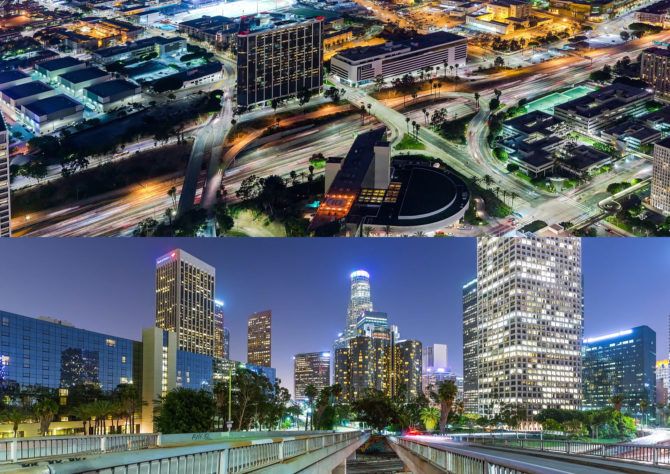 The 5D Mark III shoots 22MP images with a resolution of 5760×3840. A pair of these side-by-side shooting as one essentially gives you timelapse footage that’s 10K wide and 4K high. This is a ridiculously high resolution, although Joe says that’s not the reason he shot this way. He simply wanted panoramic sequences with a look that only long lenses can provide.

I think what’s most impressive for me in this setup is the motion control. Even with just a single camera it can be tricky. So, to do it with a rig containing two cameras must’ve been very challenging. To accomplish the camera movement, Joe used the Kessler Crane TLS with Second Shooter.

All the amazing timelapse films that have come out this year have really made me wish I’d gotten out to shoot more myself. Next year, it’s definitely going to be high on my list of photographic priorities.

What have you done with your own timelapse to help push yourself and your work? Have you created custom rigs or devices to assist you? Did they work? How were the results? Let us know what you think and show us your gadgets and work in the comments.

Behind the scenes & setup images Copyright Joe Capra and used with permission.

This amazing timelapse of blooming flowers took 3 years to make

« Fake bokeh is finally here for all iPhone 7 Plus owners
Quick tip: repurpose an old LCD screen as a polarizer filter »