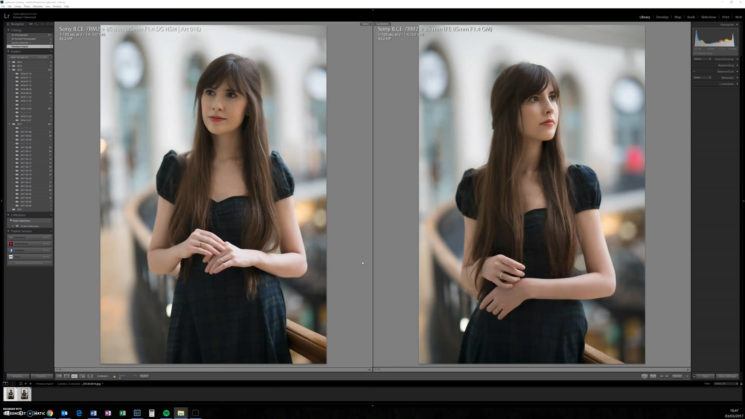 This is a question I see coming up almost daily on various photography groups on Facebook. “I shoot Sony, should I get the Sony FE 85mm f/1.4 GM or the Sigma 85mm f/1.4 Art?”. Well, photographer Usman Dawood decided to answer this question by getting both of them. He wanted to see first hand which would better suit his needs.

In this video, we see his side-by-side comparisons of the two lenses and how they perform in the real world. Attached to his Sony A7RII, Usman talks about the good, bad and almost-non-existent differences between the two. Some of Usman’s findings surprised me, and from how he explains it, they baffled him, too.

So, first some of the concerns. There’s an obvious size difference between the two. The Sigma with caps and hood weighs in at around 1,230g. The Sony, by comparison weighs only 910g. That’s a pretty significant difference in weight between the two. While you might not notice that difference immediately upon picking it up, you will over the course of a day’s shooting.

Another immediate difference between the two is the size of filters the lens takes. The Sony takes the standard 77mm filters that most other pro level lenses across most brands use. So, you can utilise your existing polarisers and such. The Sigma, on the other hand, takes massive 86mm filters. This means another big investment on top of the lens itself. If you’re shooting APS-C, then pehaps you could get away with a step-down ring and use your 77mm polariser. But, I think most buying a lens like this would be shooting full frame.

The Sigma also seems to show some focus breathing, compared to the Sony. While it’s not quite as extreme as that reported with Nikon’s 70-200mm f/2.8VRII, it’s still rather noticeable against the Sony. Whether it’s an acceptable amount will depend on your own needs, though, really.

As to the differences to your photos. It appears it’s really not all that much. Wide open, the Sigma appears to be a little sharper than the Sony in controlled conditions. Once stopped down even just a little bit, though, that advantage is lost. In the real world, it doesn’t seem to make any difference at all.

Both lenses seem to render the out of focus areas quite similarly. Usman does note, however, that the Sony’s bokeh seems to be rounder and smoother than the Sigma’s. 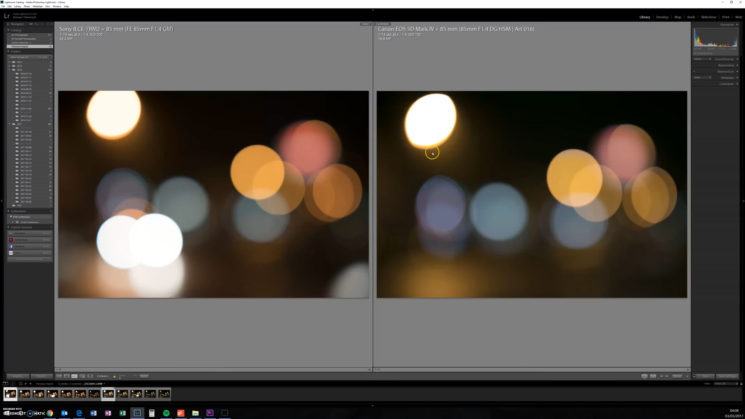 This seems to hold as you stop down the lens, too. While neither is perfectly circular, the Sony lens does seem to create smoother less distracting out of focus areas. 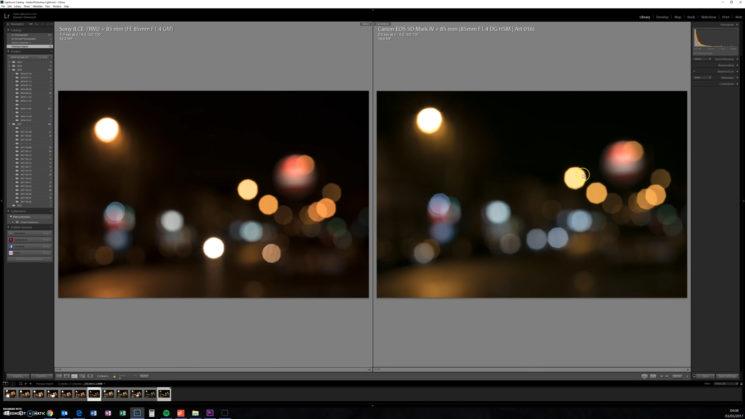 Whether this difference is enough to sway you from one lens to the other, again, will depend on you. It’s likely that it really won’t make that much of a difference overall.

One big surprise, that seemed to shock Usman, too, was autofocus performance.

The Sony is really really bad at focusing. It has a lot of trouble finding focus. It hunts a lot. Now, here’s the shocking part. The Sigma with a Metabones adapter on the A7R II beats the Sony when it comes to finding focus. Every time.

I can’t get my head around that. That’s mind boggling to me. How is a lens which has been natively designed been outperformed by a lens on an adapter? I just don’t have an answer for that.

Given the massive price difference between the two lenses, that is rather surprising.

While the scales seemed to tip heavily towards the Sony lens for most of his comparison, Usman ultimately chose to keep the Sigma. And it’s easy to see why, really. No matter how much smaller and lighter it is to carry; Regardless of the slightly smoother bokeh; And despite possibly having to buy new filters, if your lens can’t hit its focus target reliably and consistently, it’s not much use.

I’d probably be inclined to agree with Usman’s decision if I were a Sony shooter. The Sony 85mm FE 85mm f/1.4 GM really just doesn’t seem worth the extra expense unless size & weight is truly your biggest concern.

Have you tried both of these lenses? Were your findings consistent with Usman’s?