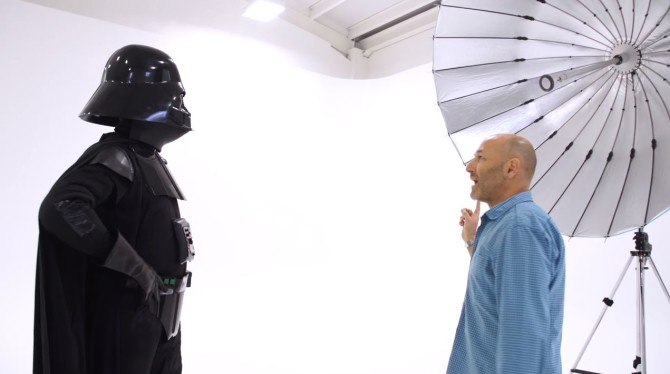 Of course someone had to make a video of The Dark Lord being an ars client, and this someone is Karl Taylor. In his video Karl answers the question of how would it be to create a shoot for Darth Vader.

Of course, this shoot is not coming in a vacuum. According to the iconic rolling captions:

With the value of photography being undermined throughout the galaxy, it was now more difficult than ever to gain client satisfaction.

Imperial clients now had little appreciation for professional photographers and the value invested in knowledge and equipment. With the advent of digital, clients now expected images the same day and often believed their colleagues (who had nice DSLRs) could provide the same service.

However having come highly recommended by the Emperor, photographer Karl Taylor was instructed to shoot new PR photos for a currently unemployed member of the Galactic Empire. The Emperor appreciating the difficulty of the assignment, had unusually, granted Taylor one week to produce the images.

However this particular client was a force to be reckoned with and having spent hours in Photoshop trying to salvage this evil photo-shoot, Karl Taylor and his team were exhausted. Extremely concerned that the client would not appreciate their efforts Karl was dreading his imminent return….

After mistaking a $5500 Broncolor 222 Parabolic umbrella for a Death Star Laser Canon, Vader continues to be unsatisfied with the photos, till the very end where Karl has “disappointed him for the last time“.

Here is a quick exercise for you, see if you can reverse engineer the lighting setups by looking at the Dark Lord’s helmet. 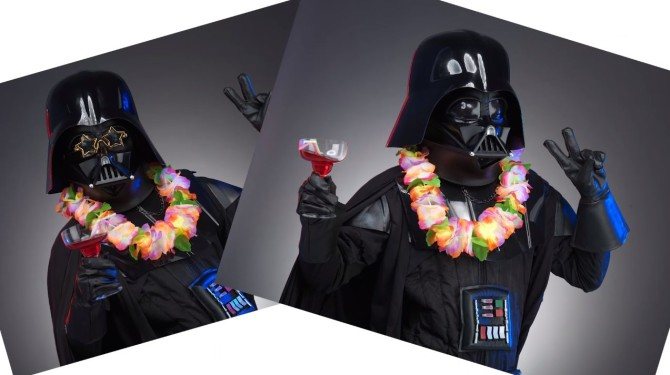 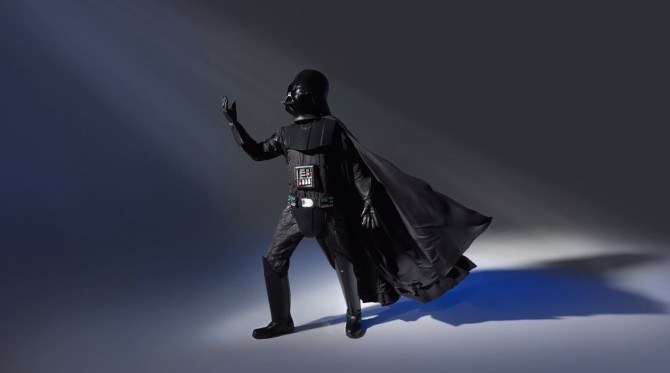 « Make it or break it: Lensrental shares its annual gear repair rate report
This Crazy Shot Parkours Through A Car Window And Emerges From The Other Side »