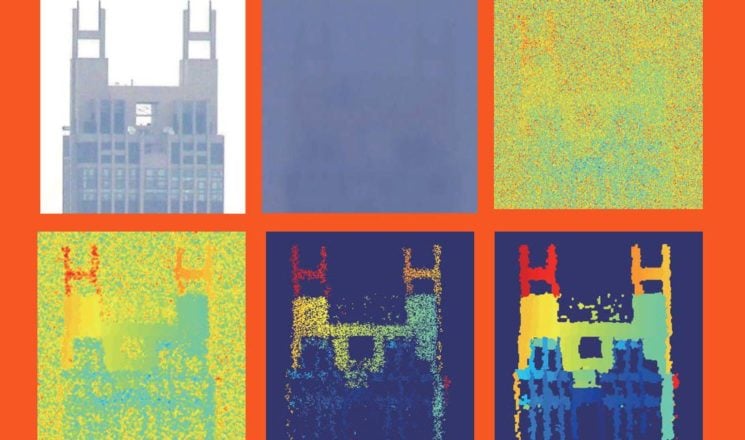 Computational imaging has given us some interesting and useful inventions so far, from fake bokeh to capturing the movement of light. This time, scientists have figured out how to take a clear image from as far as 28 miles (45km), regardless of the Earth’s curvature and the amount of smog in the air.

Zheng-Ping Li and colleagues from the University of Science and Technology of China in Shanghai have come up with the technique that takes photos even these long distances. It combines single-photon detectors with a unique computational imaging algorithm, as explained on MIT Technology Review. Put simply, the camera shines a laser onto the subject and creates an image from the reflected light.

When the photons are reflected, they return to the detector within a specific time window which depends on the distance. Therefore, the camera will ignore any photons that arrive outside this window. It enables this technology to capture super-hi-res images, plus to reduce the noise created by other photons from elsewhere in the environment. Finally, there’s the algorithm knits an image together from the data received by the detector.

The researchers set up the camera on the 20th floor of a building in Shanghai and pointed it at a building 28 miles (45 km) away. It’s important to elevate the camera high enough in order to avoid the Earth’s curvature from interfering. The technology has done the rest, creating an amazingly clear image from such a great distance.

When it comes to the possible applications, the team mentions a few. Among them are “remote sensing, airborne surveillance, and target recognition and identification,” according to the article. They not that the device is “about the size of a large shoebox,” which makes it relatively portable. So, perhaps it could have commercial applications as well, and smartphone cameras come to mind. But of course, there’s still time to discover all the ways this technology will be used in the future.

« Samyang has just announced a tiny new 45mm f/1.8 AF lens for Sony FE
The journey of learning to capture the magic of Northern Lights »