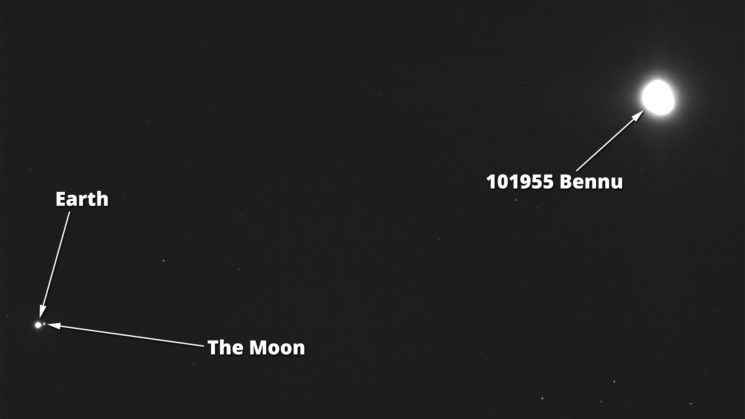 NASA’s OSIRIS-REx probe is tasked with the mission of obtaining a sample of 101955 Bennu, a carbonaceous near-Earth asteroid. Discovered in September 1999, Bennu has a 1-in-2,700 chance of hitting Earth at some point. But, if it does, it’ll happen long after we’re all gone at some point between 2175 and 2199.

OSIRIS-REx arrived at Bennu in December 2018 after a two-year journey, and it just sent back a pretty interesting photo. On first glance, it doesn’t look that amazing, but we see here is Bennu (the big bright dot on the right), along with the Earth and Moon (the two smaller dots on the lower left) 71 million miles away. 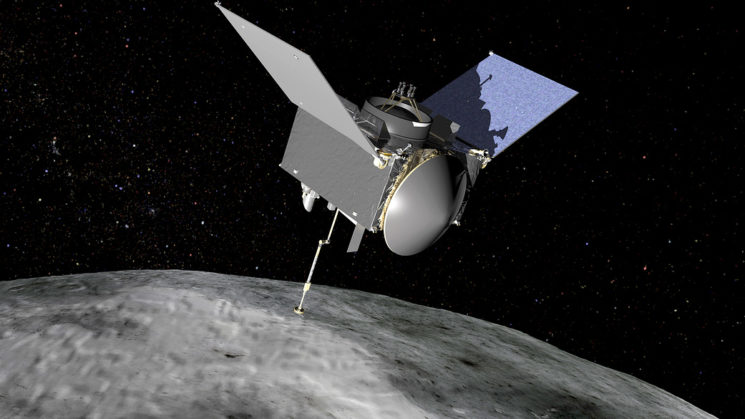 According to the Bennu mission website, the image was captured by OSIRIX-REx on December 19th using its NavCam 1 camera. It took a five-second long exposure to be able to see the Earth and Moon. Although the earth is 71 million miles away from the probe in the photo, the Bennu asteroid on the right is a mere 27 miles away. 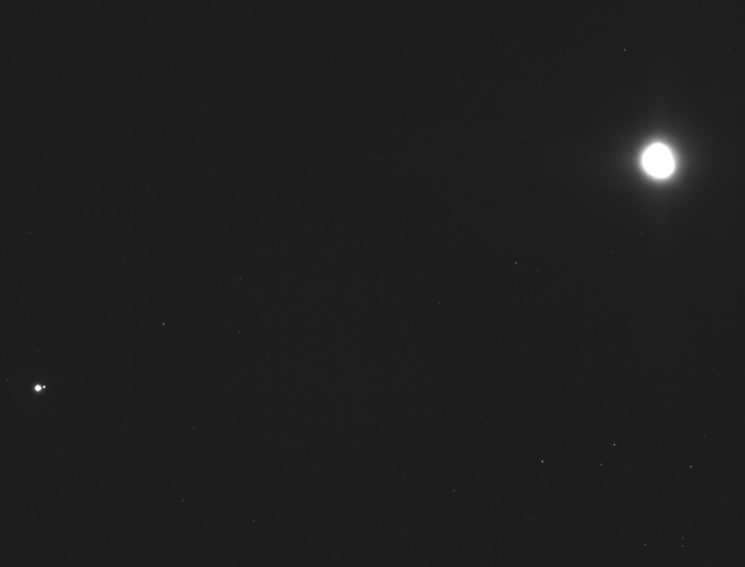 NavCam 1 is a black-and-white imager that is one of three cameras comprising TAGCAMS (the Touch-and-Go Camera System), which is part of OSIRIS-REx’s guidance, navigation, and control system. TAGCAMS was designed, built and tested by Malin Space Science Systems; Lockheed Martin Space integrated TAGCAMS to the OSIRIS-REx spacecraft and operates TAGCAMS.

This isn’t the furthest photograph ever created of the Earth. That record was set by Voyager 1 back in 1990 at a distance of around 3.75 billion miles. It stood for almost 30 years until it was beaten last year by New Horizons, which photographed the earth from a little further away at 3.79 billion miles.

« GoPro Fusion to receive 5.8K resolution bump and 24fps recording in new firmware
Take a look behind the scenes and watch the breakdown of this magical Christmas film »