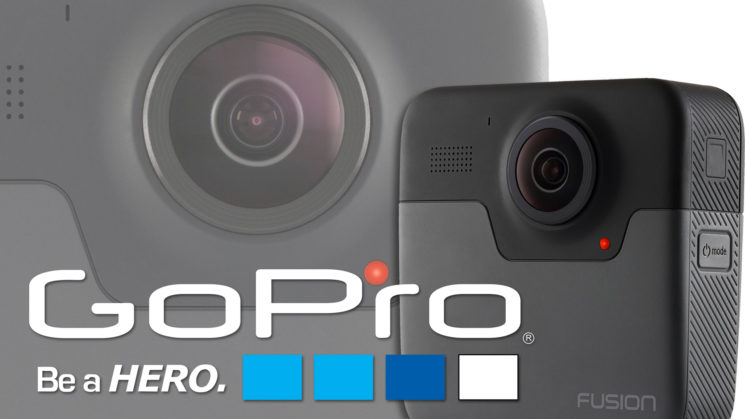 So, with Fuji, Sony and now GoPro picking up the “we’ll just add new features in future firmware” trend, it looks like this is just the way of things now. GoPro’s announcement today adds a few features to the GoPro Fusion, increasing functionality for filmmakers and 360° content creators. There’s also a new Fusion Studio as well as Premiere Pro & After Effects plugins.

GoPro is calling it the “Cinematic Upgrade”, and it’s currently available to download as a public beta. Which means, “install this at your own risk”. But should you choose to do so, you’ll get 5.8K video (5.6K when stitched), as well as 24 frames per second. There are also new timelapse features.

The public beta Firmware v2.0 enables a new 5.8K capture resolution that, when stitched, produces 5.6K spherical footage—the most cinematic quality Fusion has produced yet. In fact, the cinematic improvements don’t end there. This new resolution is now supported at 24fps, marking a Fusion first to incorporate seamlessly with TV and film productions.

The goal, as you can see above, is to be able to more easily integrate Fusion footage with more traditional 2D footage. More people now are realising that most 360° content consumers aren’t looking behind them when they watch back the videos. So 360° cameras are starting to be used more now as a way to bypass gimbals and allow camera tracking and effects in post that would be impossible to achieve via more traditional cameras.

The new resolution also comes with 24 frames per second framerate. This allows the footage from the Fusion to more easily integrate with video from those traditional “flat” cameras in movie and TV show production.

As well as video, there’s a new timelapse video mode. Night and timelapse modes also offer RAW photo support, so you can get maximum quality from the camera and not have to rely on compressed video sequences created from stills. This should also allow much more latitude in post if you want to correct or grade timelapse footage to match with other cameras.

As well as the camera, Fusion Studio has also seen an update with the new v1.4 Beta.

Finally, GoPro has announced GoPro VR plugins for compatibility with the latest versions of Adobe Premiere Pro CC 2019 and After Effects CC 2019. Fusion Studio 1.4 Beta, as well as the Premiere Pro & After Effects plugins, are available for both Mac and Windows.

The downloads are all available on the GoPro website, along with complete instructions on how to install them. But, remember. This is a beta firmware. So, it may not work entirely as intended.